BRUCE MC PHERSON NEWS. Jim Coffis has started SLV News (San Lorenzo Valley) online. Check it out, it’s got many sources of news from The Valley.

http://slvnews.blogspot.com Most importantly it’s got plenty of SLV people reporting on their opinions and facts about McPherson. How he’s been a no–show at forums, how he’s left early at other forums. It tells of problems the Valley Women’s Club has with him…check it out.

SLV News quotes McPherson saying, “He said (referring to his Sentinel editor years) “I’ve written about the district for 26 years, I know the issues well. I don’t need any on the job training. I’ll hit the ground running and give you four years. I can deliver best for you.” Yes, he wrote about the district for 26 years…he worked hard to bring Nuclear Power to Davenport, he wrote many times pro developing Light House Point,we fought him hard when he supported bring 10,000 homes to what is nowWilder ranch State Park, he wanted Wingspread’s Ocean front property developed for condo’s. Yes, he wrote editorials and reports for 26 years, probably Fred Keeley helped him do that too. Vote for Eric Hammer.

THE CHESTNUT STREET CLIFF PROJECT. One BrattonOnline Reader wrote in to say (partly) “The entirety of Union St. is only six houses long between the cliff and Mission Street. Truth be known, the cliffs on Chestnut Street Extension have been spewing water onto Chestnut St. for most of any given year and that cliff has periodically been sliding onto Chestnut. It supports a public walk way from the neighborhoods above Mission St. to the downtown and most Union Street people walk this path rather than use their cars to get to downtown. That is the only reason to support its stabilization… and I really doubt it is a project based upon any particular parties benefit. That beautiful paved path down the hill has been in jeopardy of sliding down the hillside for years”. There’s clue in there somewhere.

ADDITIONAL CORRECTION. Somehow that blue link in Paul Elerick’s Input to The Campaign For Sensible Transportation got misspelled last week. They’ve update it with candidates statements.

MY CAR STORY. I mentioned last week I needed a “new” car and asked if anyone who had any ideas about that to contact me. I also predicted that because everyone assumed I’d get hundreds of calls that hardly anyone would make the effort. My friend Ralph Davila did call and said he figured I’d get lots of calls and that he knew of a car that was just right. I went way out near the fields in Watsonville and bought the 1998 Honda Accord last Sunday, it’s wonderful. That was the only call I got and I’ll never figure it out. Folks will be telling me for weeks that they knew of a great car but figured I’d get too many calls, but thanks.

PATTON’S PROGRAM. Gary talks about a program called Smart Growth America,” “It is not easy to find effective ways to engage the public in the important land use policy decisions that will shape our future. Today, I want to alert interested members of the public, and also interested elected and non-elected officials at the local government level, of some help that is available, an opportunity to get free technical assistance to maximize what is often called “smart growth” planning. Smart Growth America, whose tagline is, “making neighborhoods great together,” is offering technical assistance grants to local communities. You can get details at Information on Smart Growth America Technical Assistance Grants or try Technical Assistance Webinar Materials The application deadline is October 25th.

EAGANS DEEP COVER. Obama scores what could be a knock out blow…look about three pages down…

LANDAU’S PROGRES. Saul Landau calls this week’s column”14 Plus Years of Injustice”. In it he states, “Five Cubans fighting terrorism in South Florida have served 14 years of prison, more than enough time for the U.S. public to learn from its media about the horrific injustice done by the U.S. government to these Cuban men. But the media has barely touched the grotesque frame up of Gerardo Hernandez, Antonio Guerrero, Fernando Gonzalez, Ramon Labanino and Rene Gonzalez, the Cuban Five as they are called. These Cuban intelligence agents volunteered in the 1990s to infiltrate violent groups of Miami-based Cuban exiles who had orchestrated bombings in Cuba of tourist spots – hotels, restaurants, clubs and bars, and even the Havana airport where vacationers from Canada and Europe arrive. By scaring foreigners with violence they hoped to intimidate tourists from visiting Cuba, and thus hurt the island’s economy”.

He closes with, “Amnesty also condemned the trial results because the U.S. government has material related to Cuban espionage and the U.S. government knew the Five were not engaged, and refused to turn over to the defense that information so the jury could not know about that. Finally, a perfect storm of prejudice existed in Miami. The jury understood they had good reason to feel frightened should they vote for acquittal. The media needs to report this horrific injustice. Readers should write President Obama with the clear message: FREE THE FIVE NOW. Read it all here.

AFTER ANTARCTICA. Micaela Neus continues writing…only from Chile (this week)

“One always leaves Antarctica without the promise of return. The routes back here are longer and stranger than those to other places, and require a more emphatic departure from the rest of the world. No matter how many seasons you spend working on the ice, you cannot know for certain that this one wasn’t the last. This basic truth lends an aura of melodrama and preemptive nostalgia to the final days of any season. Mine were no exception.

This wistfulness slips into some of the very busiest days of the year. A Turnover Boat happens twice a year (when one season’s crew “turns over” the station to the incoming crew) and always comes with a list of extra activities that must get done in the same number of days as a normal port call. My job is to organize and oversee offloading cargo from our research and supply vessel, the ARSV Laurence M. Gould, and the spring Turnover Boat usually carries a large load of gasoline, Freshies, science equipment and general station supplies in addition to the summer crew.

After three months of quiet routine and only eighteen other faces to see, the influx of energy and new stimulus threatens to overwhelm some winterovers. I felt refreshed, honestly! The changes came like cold water splashed on my face, shocking but invigorating, and I spent the last week zipping from one task to the next, one conversation blending naturally into another.

And then it was time to go. The morning looked like a movie set. Broken sheets of winter sea ice paved the ocean from our harbor to the horizon, but the weather remained mild and nothing appeared to move. We stood on the aft deck waving at our friends on the pier until a rare fog obscured the view completely. The ship pushed the sea ice aside and left a trail of open water behind us, leading our eyes on a path back to station. Soon the ocean closed itself up once again and we went inside. So long, Palmer Station!

A year of my life disappeared into the mist that morning. Living in Antarctica is a rupture of such magnitude that leaving closes up the slit, so quickly and seamlessly, that I find myself wondering if the whole thing wasn’t a dream. I guess it depends on where I next wake up”.

Micaela has left her living and working as a mechanic in Antarctica (which she did for more than four years), and is moving on. She was in Chile eating Avocados when she wrote this.

LISA JENSEN LINKS. This week at Lisa Jensen Online Express(http://ljo-express.blogspot.com), more Open Studios Art Tour updates as North County artists gear up for the weekend. Also, find out how to enjoy Britain’s acclaimed National Theatre, live, in the privacy of your own local movie theater. Lisa has been writing film reviews and columns for Good Times since 1975.

THE PERKS OF BEING A WALLFLOWER. Coming of age and fitting in and Emma Watson is the only real star. Funny, painfully reminiscent, close to home and another fine story of a bunch of friends just like you and I had a few decades ago. Go see it.

THE ORANGES. These two neighboring families live on Orange Drivein New Jersey. The teen age daughter of one family falls in love with and MOVES INwith the father of the other family!!! You’ll squirm, laugh a little and feel uncomfortable all the way through this one…but it is intriguing. It’s like eaves dropping, but you’d rather not.

RENT MOVIES LOCALLY. I’ve been renting movies at Cedar Street Video and East Side Video for at least seven years. One of my largest pleasures and joys is when I find an unknown masterpiece that was never shown on any local screen and many films that were never released in the USA…and there are hundreds. I’m working now with webwoman Gunilla to create an alphabetical list of these gems that you can go to and discover for yourself. Four this week are Pariah (2012), a study of growing up black and lesbian in Brooklyn. Sundance loved it. Black Butterflies (2010) a true story about Cape Town poet Ingrid Jonker. Bag Of Hammers (2012) Young adults scamming their way around Los Angeles come to terms with reality. Funny, well written, worth seeing. Free Men(Ismael Ferroukhi, dir.2012). Paris, young Algerian works hard to survive and faces life threatening choices…amazing, and a hit at Cannes!!! Rent them at Cedar Street Video, I did.

QUOTES. Alyce Cadwallader keeps finding these someplace…so thank her when you see her.” The easiest way to stay young is to lie about your age“. “When I read about the evils of drinking, I gave up reading”.” It’s important to have self-control. When you are angry, count to ten. When you are really, really angry, swear”. “What is this nonsense about beauty being skin deep? That’s deep enough. What do you want? A beautiful liver?”. 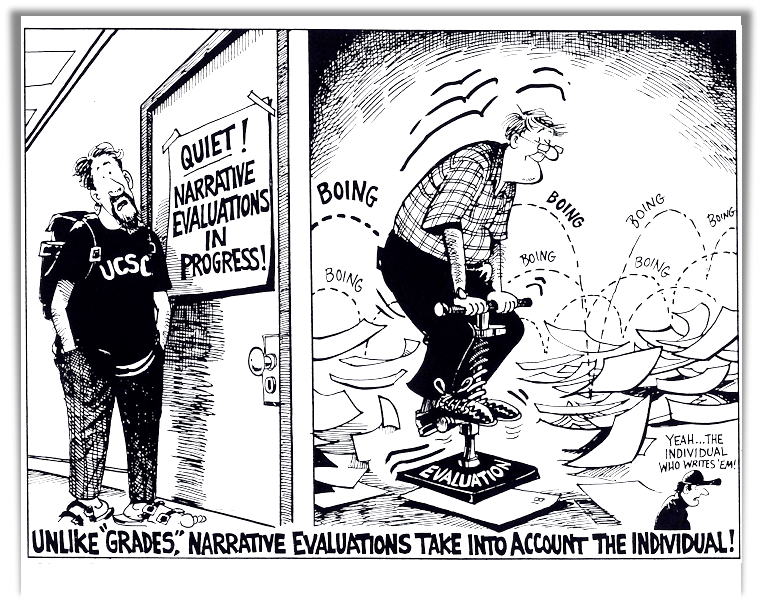 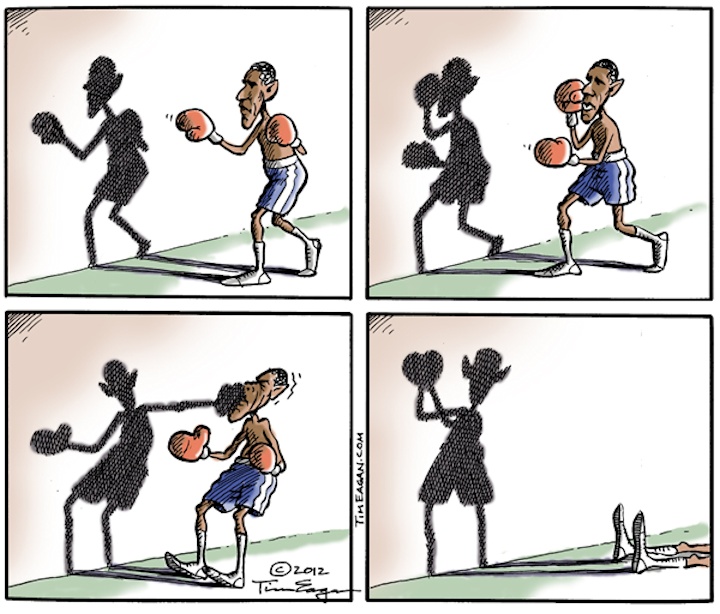