NO VOTES FOR CITY COUNCIL. Back in the day, like the earliest 70’s and long before, we had an almost all Republican City Council. They were terrible. Strange, suspicious land use decisions, friends and relatives getting good deals, conflict of interest stories everyplace. Remember the bad and right winged Ernie Wicklund, Al Castagnola, Lorette Wood, Vern Smith, Denver Groff and even Larry Edler??? Whew!!! This next council…whoever wins, will be worse! These candidates all pose as environmentalists, humanitarians, homeless helpers, and will continue the downward direction of our city at an even faster pace. I’m not voting for any of them. Not one!

RICHELLE NOROYAN’S BREAKDOWN.No place such as the Weekly, Sentinel, Indy Bay, Good Times reported how Richelle Noroyan and stormed out of the City Council candidates forum at London Nelson on Thursday night September 27 hollering, “this isn’t working for me”. There were at least 75-100 folks there, and we all wondered and knew that if she just couldn’t take the minimal pressure of a candidates forum she sure wasn’t fit for any council job. I reported it and had a huge positive response. Next to Pamela Comstock who barely knows where city hall is, Richelle is least equipped to hold this office.

STATE PROPOSITIONS.I’ve talked and read all that can get my hands on…and then went to the Berkeley Planet website to read Becky O’Malley’s and the Planet’s editorial board recommendations…we agree completely. That’s not unusual, few of the groups and individuals that I trust disagree on 99% of these…so…

31 State Budget. State and Local Government. Initiative Constitutional Amendment and Statute. NO. Would cripple government at all levels

35 Human Trafficking. Penalties. Initiative Statute. B. Planet says, No position—evidence is unclear. BrattonOnline adds…” Nancy Abbey of The Progressive Network and WILPF says, “Vote no. Well intentioned (maybe, there’s some cynicism about that) but a badly written law that would put thousands more on the sex offender list even if it was just for underage sex, or a small time pimp with two experienced prostitutes. It would put undue constraints on defense lawyers, possibly entrap sex workers, reduce attention to slave labor, and focus only on sex crimes; the list goes on……

38 Tax to Fund Education and Early Childhood Programs. Initiative Statute. YES. Prop. 30 is better. If voters split their votes between the two, both might lose. Vote for both if you vote for this one at all, but be sure to vote for Prop. 30.

39 Tax Treatment for Multistate Businesses. Clean Energy and Energy Efficiency Funding. Initiative Statute. YES, though it probably has some pork in it.

DE-SAL PLANS AND MEASURE P. Rick Longinotti wrote, and The Sentinel printed a fine explanation of our de-sal situation. If you are still unsure why a YES vote on Measure P is essential. Read this.

SUPERIOR COURT JUDGES AND MCPHERSON!!! For the first time I can remember, two Santa Cruz County Superior Court Judges came out and endorsed, and even contributed campaign money to a county supervisor’s campaign. That would be Judges Ariadne Symons and Judge Paul Marigonda giving money to Bruce McPherson. Doesn’t that seem just a little unfair? Doesn’t that feel like fair trials from those judges will be even more rare AND just a bit tainted if you’re a Democrat? Of course, fair decisions for developers and any land use decisions would be only a memory in this county. Shame on both of them, didn’t there used to be some oath about equality?

RANCHO DEL SAFEWAY.On my way back from seeing Chasing Mavericks at the Aptos Cinema I stopped in the Rancho Del Safeway. Sneaky, corporate, developing Safeway did the exact same thing to the Rancho D. Mar store that they did to the old Mission Street store before they enlarged it. They did everything they could to make the store look and feel more crowded and more run down. They added extensions to every aisle, allowed ceiling lights to burn out and not replacing them, plastered 100’s extra smarmy ads and signs everywhere you look. It’s all an attempt to convince shoppers that they need to expand…it’s a cheap shot. And it worked at Mission Street. I’m assuming you all know that Safeway is all poised to give birth to another giant store at their Morrissey site as soon as a snarky legal problem is worked out.

PATTON’S PROGRAM. Gary gives some details about Monterey’s People’s De-Sal, their Deep Water De-Sal and other bay area water projects. He has some comments re Cal-Am. He also talks about the plans for a Sheriff’s facility at Chanticleer and Soquel Drive. San Benito County is considering fracking, and that’s a new problem. He closes with ideas for The Monterey Bay Sanctuary Scenic trail network. It’s all right here.

VINTAGE DE CINZO.Steven takes the masks off our Halloween time on Pacific Avenue…look downwards about 3 pages.

LISA JENSEN LINKS. Lisa writes: “Seasonal greetings from the witching time of year! This week at Lisa Jensen Online Express, find out if the ambitious, shape-shifting Cloud Atlas is worth three hours of your time, hear how New Music Works scored on the opening night of its 34th Season, and more! ” Lisa has been writing film reviews and columns for Good Times since 1975.

TIMON OF ATHENS.The world famous National Theatre Live from London is doing their production of Shakespeare’s Timon Of Athens telecast “live from London ” at the Del Mar at 7:30 Thursday (11/1) and a repeat on Sunday (11/4) at 11am. NTL with little disagreements is the world’s hottest theatre company. We can see about one play live per month and Timon O. A. will be one of the best. As the NTL website says re Timon, “Wealthy friend to the rich and powerful, patron of the arts, ostentatious host, Timon of Athens is surrounded by free-loaders and sycophants. He vastly outspends his resources but, finding his coffers empty, reassures his loyal steward that all will be well.
When he calls upon his associates, instead of offering help, they hang him out to dry. After a final, vengeful banquet, Timon withdraws to a literal and emotional wasteland, living off roots and pouring curses on a morally bankrupt Athens”. Don’t go if you don’t like Shakespeare. Look here…

CLOUD ATLAS. A genuine “far out film”. You and your friends will argue about this one for days. It’s either deep, profound and inspirational, or poorly conceived, artsy, fake and phoney. I think it’s an excellent film that takes on huge new steps in story telling. Tom Hanks, Halle Berry, and Jim Broadbent take on numerous parts wearing pounds of makeup. They are supposed to be the same person (maybe) in different times, different races, and at least six or more different plots. You won’t fall asleep, but if you like your films, simple, silly, and easy to follow, don’t see this one.

SMASHED.An excellent film. It’s about a young woman school teacher who is absolutely perfect and lovable AND she’s an alcoholic. The acting is excellent, the story line is completely believable and you’ll know a lot more about AA and the problems in giving up the bottle. See it by all means, especially if you know anyone who drinks too much.

CHASING MAVERICKS.This film was made by Walden Media they made such “Hallmark” type stuff as Narnia, Tooth fairy, Charlotte’s Web, and Benji. C. Mavericks has an awful lot of sappy, sweet, trite, Hollywood junk in it.It also has absolutely fantastic footage of Maverick’s waves. I’m guessing it really doesn’t qualify as a great surf movie (I’ve only seen one or two). Gerard Butler, who plays guardian angel to Jim Moriarity used to play roles like Shakespeare’s Coriolanus and Archie Brown with Judi Dench as the queen in Mrs. Brown in this one he does a terrible job of hiding his accent and acting ability. Go anyways, other wise you’ll be the only one in the county who hasn’t seen it.

On October 30 professional political advisor Bruce Van Allen talks about the area’s politics and makes guesses. He’s followed by John Brown Childs, editor and author of Indigeneity (all about Indigenous peoples). Celia and Peter Scott talk about the last 5 decades of local City and County politics on Election Night (November 6th) followed by retiring City Council member Katherine Beiers who wraps up her political career. Linda Bixby and Jimmy Cook will discuss child placement and the local CASA organization on November 13, right after that Jim Coffis, editor of the San Lorenzo Valley Newsletter discusses that area. Bookshop Santa Cruz Young Writers Contest winners read their works for the full hour November 27. Do remember, any and all suggestions for future programs are more than welcome so tune in, and keep listening. Email me always at bratton@cruzio.com

QUOTES. “A Fishing rod is a stick with a worm at one end and a fool at the other”, Samuel Johnson. “I went to a fight the other night and a hockey game broke out”, Rodney Dangerfield. “I want to thank all the people who made this meeting necessary”, Yogi Berra. 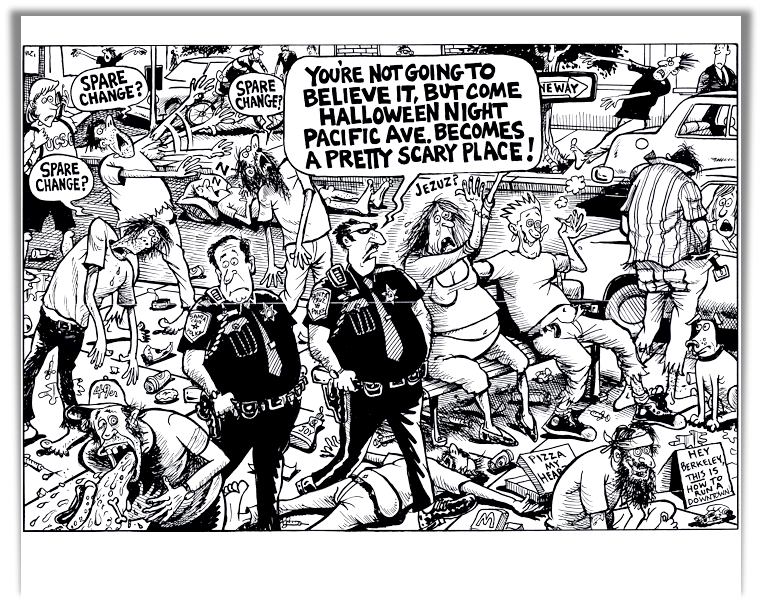 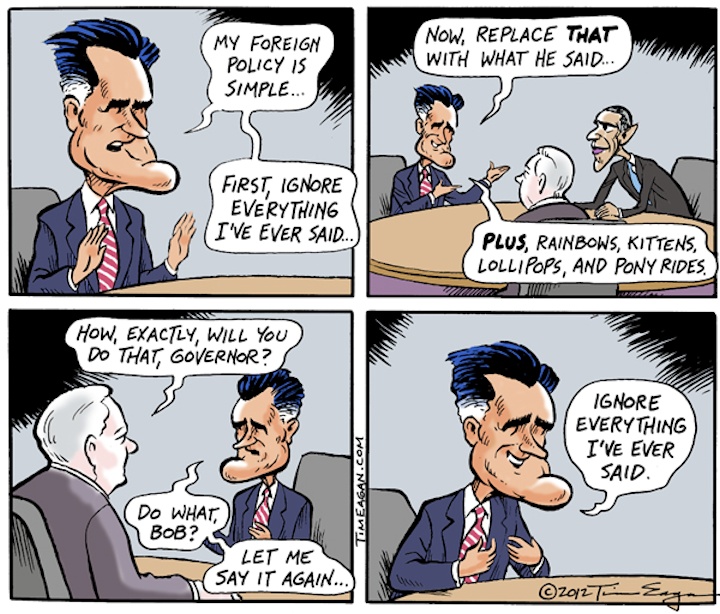