MUCH EXPOSED AT DESAL CANDIDATES NIGHT LAST WEEK. The Santa Cruz Desal Alternatives held a well organized Santa Cruz City Council candidates night at London Nelson Center last Thursday night. It was a night to remember!!! At one point Richelle Noroyan, because she completely lacked any knowledge of how the LAFCO –City-UCSC water authority worked, had to be corrected by the moderator Rick Longinotti. Noroyan, completely unable to stand any such give and take and so poorly informed on this topic, stormed out of the hall saying “this isn’t working for me”. I never in many years of candidates experienced such crazy behavior Can anyone possibly imagine how she would handle herself if she was on the City Council? Write her off. Also write off Pamela Comstock, even though she is backed by developers, the Council power group, and Coonerty’s she had to admit when asked, that she knew nothing and “had a lot to learn” about desal. What kind of newbie do we want on the council with these issues facing them? And she hasn’t done her homework, why???

Outgoing mayor Don Lane had the nerve to complain that he was only given 2 minutes when the sponsoring organization made a longer presentation. Lane too needs more time on the citizens side of the railing to experience what it’s like being given 2 minutes to the Councils hours of their presentations. Cece Pinheiro got a lot of laughs when she asked if anyone in the audience would like to shower with her to save water! It was a night like that. Jake Fusari is another one of those nice, young, naive kids who know next to nothing about local politics. Where are good candidates when we need them?

PATTON EXPOSES CITIES “WATER SUPPLY PROJECT”. Gary Patton in his KUSP broadcast for Monday Oct.1st says, “The Santa Cruz City Water Commission meets Tuesday evening, and will be reviewing its role in what the City is now calling a “Water Supply Project.” To be less coy, what the City is now calling a “Water Supply Project” is actually the City’s proposed desalination plant. I continue to be surprised by the City’s unwillingness to be forthright. There are, in fact, some good arguments in favor of desalination, but there are some very good arguments on the other side, too. It would be the best for everyone, I think, if the City would frankly acknowledge what is going on”. He continues, “To summarize, the City’s “Water Supply Project” used to be called the City’s proposed “desalination plant.” Changing the name (which began with the City’s last budget) doesn’t change the essence of the project. Similarly, the City has made an official commitment to accommodate future UCSC growth by building desalination facilities. At times, City officials have denied that commitment, but it’s down in black and white, as an Exhibit to the “Comprehensive Settlement Agreement” between the City, UCSC, and other parties. Again, there are some good arguments favoring continued UCSC growth, but there are also good arguments on the other side. A full, frank, and fair discussion would be to everyone’s advantage. At least, that is my personal view. Links to the Water Commission agenda can be found at blogs.kusp.org/landuse“.

Mt. RUSHMORE ON CHESTNUT STREET, PART 2. I’m not printing the faces suggested so far for carving into that excavation on Chestnut Street extension. One caller did suggest however that the cliffs are getting extensive and expensive re-shoring because Ryan Coonerty’s close friend and business partner Jeremy Neuner’s house is atop those cliffs and just maybe this project was just slipped into some budget somewhere. Has anyone seen any public notice anywhere of this project, before or during its development? If not, why not?

If you haven’t checked www.sensibletransportaton.org recently, now is a good time to do it. You’ll find a lot of new information that includes the questionnaires sent to city council candidates and the two candidates for 5th District County Supervisor, and their answers. Eric Hammer, one of the candidates was the first to return his questionnaire; we’re hoping to hear from the other (Mc Pherson). There’s also new stuff about rail and an excellent video by Peter Calthorpe describing Transit Oriented Development.

In a love-fest for Barry Swenson Builders and county planners, the Santa Cruz County Board of Supervisors approved the project known us the Aptos Village Plan, including last minute changes. The historic Aptos Fire Station will be demolished and additional residential units were added. Swenson’s reps also asked to add a second “anchor store” at this time, saying in their written presentation that the project would not be “financially feasible” without it. They didn’t get the 2nd anchor store, but were required to come back with a specific proposal to their “community” who had approved only one anchor store. There still can be a hang-up with the Public Utilities Commission needing to approve the makeup of the rail crossing nearest to the Bayview Hotel.

We’ll be watching this. This project is probably the best that has surfaced over the past thirty years for this area, but still leaves the most important issue unanswered – traffic. With the threat of Safeway’s mega store being proposed just a short distance away, neither of these developers (and the County) want to acknowledge their cumulative impact on Aptos. This needs to be done before either project begins.

(Paul Elerick is co-chair, along with Peter Scott, of the Campaign for Sensible Transportation , and is a member of Nisene 2 Sea, a group of open space advocates).

I NEED A CAR. Over the last 37 years of creating this column I’ve asked readers a few times if they knew of a good deal on a used car….I need one again!!! The transmission is failing on the small 1995 Buick I’m driving now. Each time I put this in a column only one or two folks respond believing that I’ll be swamped with offers, nope. Then for weeks and even months afterwards folks say they “almost responded” but figured I’d get dozens of answers, but I don’t!!! So please email me at bratton@cruzio.com if you know of a car somewhere near $3000 or maybe a bit more, like $4000. I’ll be eternally grateful…and mobile. Do it now while you’re thinking about it OR if you have ideas on where I could go to get a good deal. Thanks.

PATTON’S PROGRAM. Gary talks about Private vs. Public water and Monterey County possibly allowing Cal-Am possible control of their water supply. He talks about the future of Fort Ord and where’s the action on that issue? Monterey County is also working on establishing an actual Toll Road!!! Read it all here

Gary Patton is “Of Counsel” to the Santa Cruz law firm of Wittwer & Parkin, which specializes in land use and environmental law. The opinions expressed are Mr. Patton’s. Gary has his own website, “Two Worlds / 365” – www.gapatton.net)

It’s a critique of Richard Gere’s role in Arbitrage, the movie. He says, “Since we will not learn in school the lessons about the 1% we ought to know, many of us rely on movies and TV, so that through images and sound we can form ideas of who the men were who screwed up our economy. In Arbitrage, we see how Hollywood conceives of a cinematic grammar into which we can analyze the nature of the people who sparked the financial crisis” Later he writes, “This façade of a philanthropic patriarch who philanders as naturally as he dines with his family, emerges on screen as a realistic portrait of a felon who could wreck the world economy and think only of saving himself as the world collapses around him. Realism, Hollywood style. Justice? Not in the “Arbitrage” script, nor in the vision of the U.S. economy or justice system. Attorney General Eric Holder has ordered fruitless raids on licensed marijuana distributors, unsuccessfully prosecuted former presidential candidate John Edwards for campaign funds and mistress problems, and former Yankees pitcher Roger Clemens for using steroids, but has indicted none of the criminal bankers who broke the system. Will a film about governmental cowardice toward Wall Street provoke the AG to arrest a real bad investment banker-arbitrager? Don’t hold your breath!” Read all of it here

LISA JENSEN LINKS. “Lace up your walking shoes for the Open Studios Art Tour this week at Lisa Jensen Online Express (http://ljo-express.blogspot.com), where I preview some notable South County artists you won’t want to miss, along with a new Open Studios-themed murder mystery by Santa Cruz author Vinnie Hansen. And speaking of art, check out the cover of my new novel, Alias Hook! ” Lisa has been writing film reviews and columns for Good Times since 1975.

LOOPER. You just have to forget the age old time travel problem..that if you go back in time and kill your father then where will you be…or will you even be??? Bruce Willis and Joseph Gordon-Levitt shoot at each other, Emily Blunt goes around looking pretty with an axe and it’s all good film fun. Just don’t too intellectual about time travel, and enjoy the effects, some are special.

BELOVED. It’s a drama about two women and their sex lives with French actors singing pop tunes in Paris starting in 1964 sums it up. Catherine Deneuve is back and so is Ludivine Sagnier as a young singing prostitute, but they can’t save this very overworked plot. Go only if you like to see Paris scenery…there’s lots of it.

BACHELORETTE. Lots of cocaine, New York City, fuck words, and even with Kirsten Dunst there is non one in this film you’d ever want to meet of spend 1 hour and 31 minutes with (film length). However Adam Scott who’s from Santa Cruz is in it and his Mom still lives here. So if you do go and you talk about it in the future, be kind.

This is the fifth annual collaboration of the Different Directions women. IMBY, a series of colorful images and thoughtful commentary distilled from posts in Susan Lysik‘s daily on-line photo journal, is a loving and intimate portrayal of the abundant life in her backyard garden. In dramatic contrast, Still Lives, a collection of black and white images of mannequins presented by gail nichols, explores the interplay between manufactured fantasy environments and the often unwittingly surreal urban landscape. Susan Hillyard‘s captivating images in iPhoneography celebrate a hip new technology, and reveal some of the magical creative potential of the iPhone, where images can be taken, processed in many different ways, and shared instantly. The L.N.Center is open from 9 am to 9:30 pm, Monday through Saturday. An opening reception is scheduled for Friday, October 5 from 5:30 to 8:30 pm, and is included in the October First Friday Art Tour.

Do remember, any and all suggestions for future programs are more than welcome so tune in, and keep listening. Email me always at bratton@cruzio.com

QUOTES. “He is such a devout Catholic, he won’t be happy until he’s crucified”, John B. Keane. “Few sinners are saved after the first twenty minutes of the sermon”, Mark Twain. “Life is the ever dwindling period between abortion and euthanasia”, Patrick Murray. 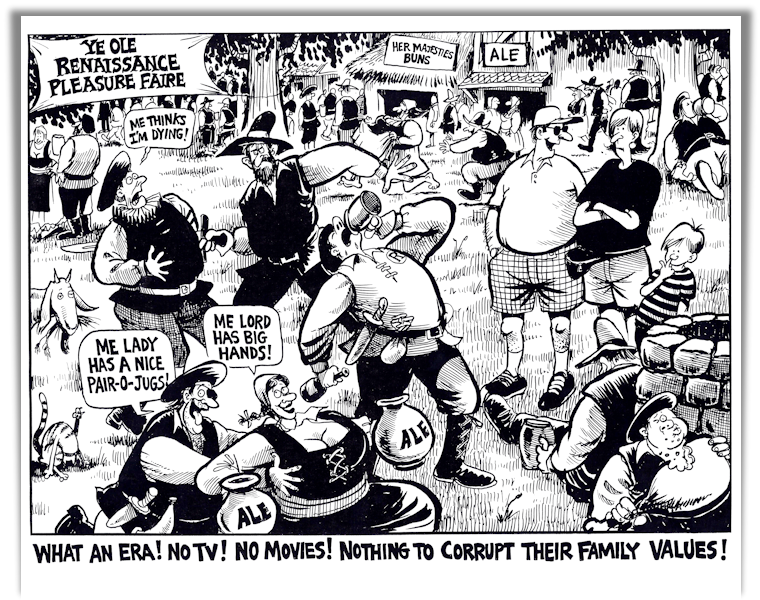 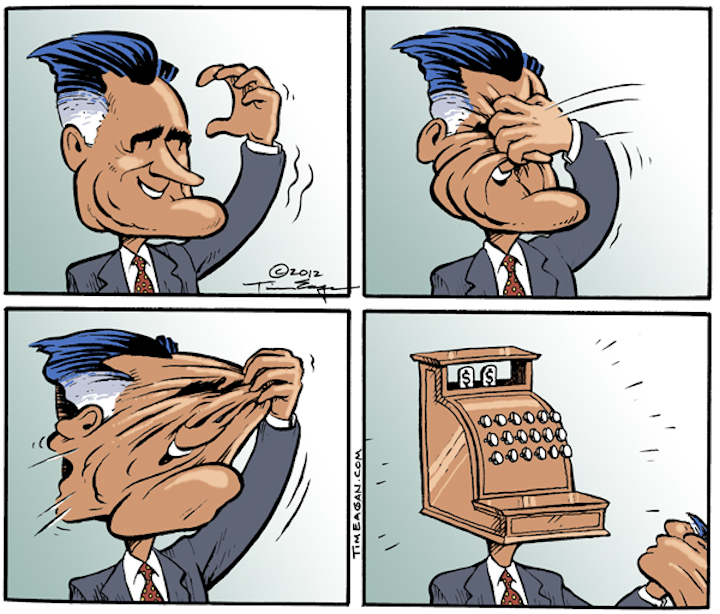