MONDAY DEADLINE. At least once per year I have to apologize for this Election week column being non committal. I write it Sundays and Monday mornings then send it to Gunilla about 1 p.m. Monday and she gets it online as soon as absolutely possible. In short, I haven’t the vaguest idea who won anything. But that doesn’t stop me from the following.

SHAME ON WOMEN CANDIDATES FOR USING SEX. It’s unbelievable how some city council candidate women slung the sex thing at endorsing groups because they didn’t endorse enough women. What a farce, what a phoney, low, political pile of poop.

Many of our very best local city Council women have been women. (Not counting Cynthia Mathews is her later years…she was good early in her first term or two) Santa Cruz will elect good qualified women, they have elected them in the past it’s simply that none of the women running this time had qualifications for the City Council. We’ve been good about electing “minority’ candidates and even LGBT’ers and hopefully that will continue. More to the point where are the qualified candidates, why aren’t more intelligent people running. As previously stated, this year’s candidate crop was the worst I’ve seen in years.

SHAME ON McPHERSON FOR DIRTY POLITICS. Shame on the Sentinel too for not exposing Bruce McPherson’s dirty smear papers at the last minute. Just about everyone figured he’d come out extra smarmy with his Republican money backers and it proved just how desperate he was, and how low he’d sink to win. If he won on Tuesday, just watch in only a few weeks and see where and how he’ll change his phoney, glad handing, to making his every developer-backer who did his kissy poo stuff make newer and more vast sums of money at the cost of our environment.

A MAJOR QUESTION. Mike Rotkin didn’t really start it, but justifying corporations, chain stores, franchises…and any developer who wants to buy into Santa Cruz by claiming the resulting taxes that will help pay our costs of running the city is the biggest lie ever told. There is not one city, metropolis, or village in the USA or the world that has benefited from these mythical taxes. What city anywhere is well off human services- wise because they allowed such growth as Rotkin and his followers ( Coonerty, Mathews, Kennedy, Terrazas, Robinson et al. have created here?

SHAME ON COMSTOCK’S MONEY CAMPAIGN. The way Pamela Comstock bought her way into the campaign was just shameful. It demonstrates just as much disrespect for honest elections as does her involvement with the vigilante Take Back Santa Cruz. What are we coming to? What kind of city are we developing? Who wants to bet when Comstock (if she’s elected) will make her first independent/minority vote on a City Issue? That’s mostly independent from what Mathews tells her.

KUDOS TO SANTA CRUZ ART LEAGUE’S POLITICS. Be sure to get over to the Santa Cruz Art League now through November 25 to see “Visual Politics: Art and the American Experience, 2012”.. See the many diverse points of view on politics and the American experience from all corners of the U.S. More than that David Fleming, Russell Brutsche, Kristin Casaletto, Dan Mills, Jaki Christeve, and many more…all good and worth seeing. Maureen Davidson juried the show and know her stuff.

BIG ANNUAL MUSICAL & BOOKSHOP SANTA CRUZ EVENT.
Bookshop Santa Cruz has been in business lo these 46 years and this Friday (11/9) is their Birthday Party. Or as their promo says, “PREVIEW SALE FOR READERS’ CLUB MEMBERS ONLY: 20% OFF EVERYTHING: All Day Friday, November 9th Join us in celebrating 46 years of Bookshop Santa Cruz, your independent community bookstore. Enjoy the live music of the Hot Damn String Band and (at 8:15) help us blow out all the candles on our big birthday cake! That’s us, the Hot Damn String Band. Jim Reynolds (vocals & guitar),Annie Steinhart (fiddle), Todd Kimball (mandolin), Dave Magram (banjo), Gary Cunningham (bass) and I’ll of course be on washboard and hump backed Zayante horn). We start at 7:30 p.m. everybody breaks for ice cream and cake at 8:15 then we play again until 9:30. Yes, we still miss Jim Houston on string bass and his unflinching warbling on Minnie the Mermaid…but if you listen closely you can probably hear him singing somewhere!!!

PATTON’S PROGRAM. Gary talks about LAFCO and says, “The Santa Cruz County Local Agency Formation Commission, or LAFCO, will meet at 9:30 Wednesday, November 7 in the morning. This was the day that LAFCO was scheduled to address controversial applications by the City of Santa Cruz, and by the University of California at Santa Cruz, which ask LAFCO to approve an extension of City water service to the UCSC North Campus. The UCSC North Campus area is outside the area where the City currently provides water. Whenever a water agency wants to provide service outside its established water service area LAFCO has the responsibility of deciding whether or not this should be permitted. LAFCO policies say that water service should be extended only if LAFCO can find that there is an “adequate, reliable, and sustainable” water supply.

The law firm with which I am associated represents the Community Water Coalition, which takes the position that the City does not, at the current time, have an “adequate, reliable, and sustainable” water supply, and that allowing the University to take more City water, to facilitate the University’s plan to construct over 3,000,000 square feet of new buildings, in what is now a natural reserve area, would put current water users, and the natural environment, in jeopardy. If you want to get involved, mark your calendar for the next LAFCO meeting, on December 5th. That’s when the Commission is now scheduled to address this issue”.

Gary also deals with a Airplane Museum theme park on 101 in Greenfield. How our City Council met on Monday and dealt with our Heritage tree ordinance and more. Go here for all of it. (Gary Patton is “Of Counsel” to the Santa Cruz law firm of Wittwer & Parkin, which specializes in land use and environmental law. The opinions expressed are Mr. Patton’s. Gary has his own website, “Two Worlds / 365” – www.gapatton.net)

The Election – Some predictions

There are so many important issues that will be decided tomorrow, it’s hard to prioritize them. Local measures and races are at the top of my list. Despite the Sentinel and big out-of-district dollar promotion of Mc Pherson for 5th District County Supervisor, I’m picking the better candidate; Eric Hammer. This will be the swing vote on the Board and Eric will serve the entire county well.

Santa Cruz City Council looks like Mathews and Lane for sure, the other two not so sure. But I’m picking Posner to be the number three vote getter. Santa Cruz needs at least one voice for those outside the business community. The number four? Pick one.

The state and local tax measures will be close, or as the networks say, too close to call. But Santa Cruz County will stand strongly behind Prop 37 because we want to know what’s in our food, and are not beholden to the chemical industry. The State and Federal offices will all be won by Democrats, not a difficult prediction. It will be a clean sweep.

VINTAGE DE CINZO. De Cinzo was way ahead of the time when he drew this food labeling visual. Scroll down.

EAGANS DEEP COVER. Tim looks at something much more dangerous than the power of nature…see below a couple of pages.

LANDAU’S PROGRES. Saul Landau’s weekly piece in Progreso Weekly is titled, “Cuban Missile Crisis, Lessons for Iran?” In it he says, “Sergei Khrushchev advises Obama “to negotiate with Iran, not threaten them with different sanctions, but negotiate on the highest level, American president with Iranian president,” The former Soviet Premier’s son continued. “And I don’t think that President Kennedy loved Khrushchev more than President Obama loves President Ahmadinajad, but they understood – Kennedy and Eisenhower – that you have to talk with them, because if you are talking with your enemy, you can influence them and you can better understand them.” President Obama might well apply this advice to his Cuba policy as well, and begin talking to Havana as well as to Teheran”. Read it all here… . Saul Landau is an Institute for Policy Studies fellow whose films are on DVD from roundworldproductions@gmail.com

LISA JENSEN LINKS. “Say, pal, if you love film noir, beat it over to the Jewel Theatre Company’s Gunmetal Blues, a fast and funny musical homage to the genre. Read all about it this week at Lisa Jensen Online Express (http://ljo-express.blogspot.com). Also, get ready for the 3rd Annual Morton Marcus Memorial Poetry Reading, and pardon me while I rant one last time (promise!) about TV’s Once Upon A Time.” Lisa has been writing film reviews and columns for Good Times since 1975.

MISSING “TIMON OF ATHENS”. Twice last week the Del Mar Theatre presented a telecast of London’s National Theatre Live’s production of Shakespeare’s “Timon of Athens”. This absolutely stunning performance elevated Timon from what we used to call a “Shakespeare Problem Play” to for me, right up there with Lear and Hamlet. Deep, murky, cruel, awfully realistic and human it is/was a production never to be forgotten. I don’t know how BUT if it’s ever available just see it. Check out John Lithgow in The Magistrate that’s next at the Del Mar.

QUOTES. All of these quotes are from Shakespeare’s play Timon of Athens (which he never lived to see performed). “We have seen better days. (4.2)”, “Every man has his fault, and honesty is his. (3.1)”, “The earth’s a thief, that feeds and breeds by a posture stolen from general excrement”.(4.3): 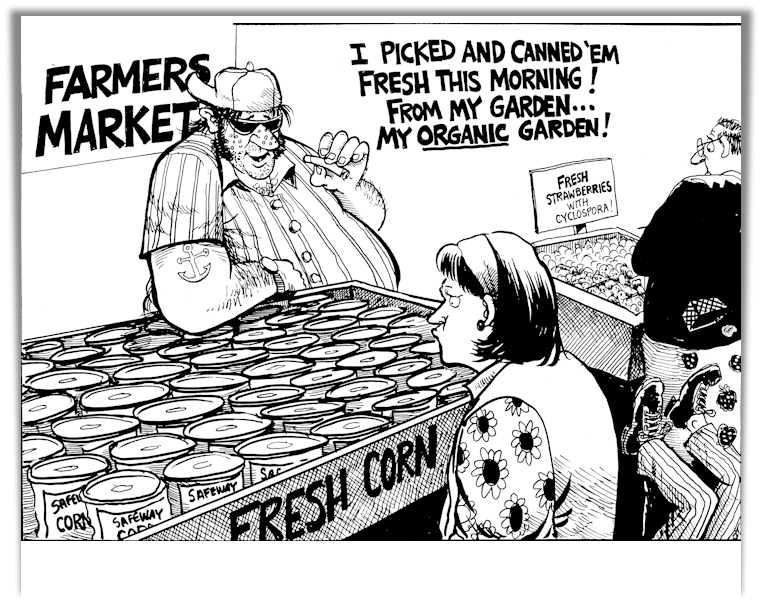 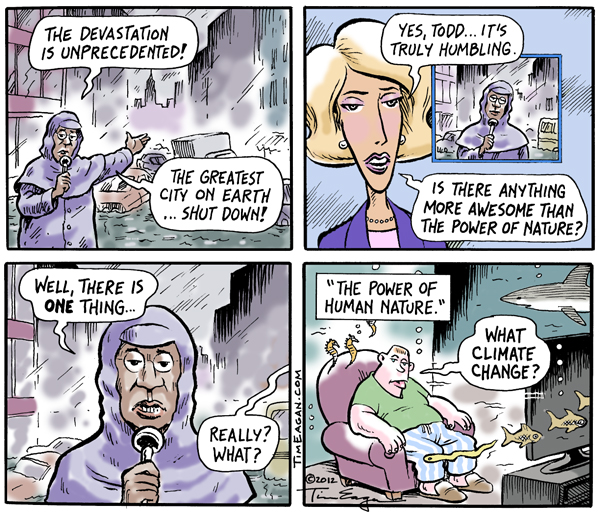