RAIN RUNOFF. Lane’s Leaking Lavabo, that’s just one moniker for the Warriors rubber tent. Only a few brave souls have been brave enough to ask about the enormous water run-off during the rains which should be happening soon. There seems to be no gutters on the tent, I can’t find any collection points or containers, so are they figuring that all that run-off rain will simply, and easily slide down the existing sewers? Before Lane’s Lavabo all the rain water was dispersed over the entire area now it’ll be as concentrated like coming out of a fire hose. December 23rd is going to be one hell of a day and night and next morning in Santa Cruz.

LETTER TO LASALLE. I wrote a letter to Mick LaSalle the #1 film critic at the San Francisco Chronicle about two weeks ago. No response yet, but the world should know about it. I asked, “Isn’t it true that we should pay tribute to Alfred Hitchcock for only allowing audiences into the theatre to see films from the beginning? If I’m not mistaken it was Alfred Hitchcock’s strict timed admittance rule that was seriously imposed for the first time in USA theatres with “Psycho”? I was an usher (in uniform, with flashlight) back in the earliest 50’s; we had ushers back then just so that we could show patrons the empty seats in the dark. I remember whispered arguments in the audience such as “this is where we came in, let’s go”, and “no, I want to see this part again”.

But more than that, I remember folks and theatre owners saying “can you imagine having to wait until a movie begins before going inside?”. and “It’ll never work”…but it did, right? Bruce Bratton”.

OBAMA’S JOB CHART. Joy Hinz has a huge number of graphs on an amazing number of subjects. She was an Occupier…and proud of it…this chart came from her, via Nancy Abbey. 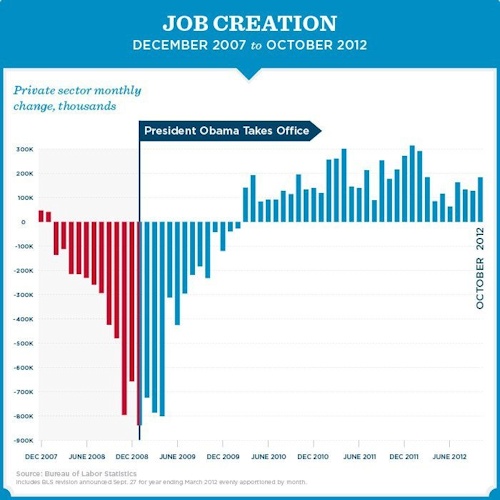 GOLDEN FLEECE AND YARN EMPORIUM. Gunilla Leavitt has been my more or less silent but loyal, faithful, creative partner in producing BrattonOnline.com since we went online weekly way back in 2003. She does everything necessary to get all this online every week. Plus, she and husband Tom Leavitt own The Golden Fleece yarn shop. It’s located at 317 Potrero Street right across Front Street from That Gateway Plaza (Cost Plus, Office Max Etc.). I’m not going to describe her shop you’ll have to see it yourselves. There are none others like it in the world!!! Plus, plus she also creates one hell of a newsletter, go here to read it… Like she says, this is the best time of the year to get gifts for the knitters or wanna be knitters in your circle of friends…or family!!!

We haven’t heard anything from the Aptos Safeway expansion consultants lately. We’re still waiting for that public meeting so Aptos can provide them what we think of their plans. Perhaps they’re waiting for a lull in Aptos Cinema’s attendance, which they tout as being poor, making it OK to tear down the building. The movie “Lincoln” continues to pack the house, or close to it. I saw “Lincoln” at the 3 P.M. matinee last Thursday, the theatre was nearly full. Family members saw the same movie, same time, on Friday and the theater was packed. The movie was, as reported by Bruce last week, an excellent film, but the message to Safeway is: Stop trying to sell your project by saying only 8 or 10 people attend movies there. You’ll have a hard time convincing Aptos residents who enjoy their local theater that they agree with you.

Most everybody knows about the cameras Capitola has installed to catch careless drivers who run red lights, especially at 41st and Clares, and 41st and Capitola Road. A neighbor was nailed with a $625 fine by one of these camera arrests. But they don’t have a way of capturing bicyclists who run these lights. Yesterday I watched the same high-speed bike rider blow through blaring red lights at both the Clares and Capitola Road intersections, risking him and others. This is the person who should get caught and pay $625! For the rest of us, just don’t try to be that last car through an amber light – the City of Capitola and the company who produced these traps make enough money already.

“For the last twenty to twenty-five years, local governments in Santa Cruz County have tried to find ways to make businesses and developers “pay their own costs,” instead of relying on public subsidies. The idea is that developers and businesses should themselves bear the cost of the public infrastructure that will be required by the new development or the new business. Various “fees” have been imposed to achieve this goal of making businesses and developers pay for the public costs associated with their activities. One of the most common fees has been a “traffic impact” fee, so that mitigations for new traffic will be paid for by those who are helping to generate that new traffic. Today, the Santa Cruz City Council will consider rolling back some of those traffic impact fees, to benefit businesses, and to shift more of those costs back on to the public. If you have a position on that, think about letting the Council know. The Council will also consider spending an additional $390,000 for consulting services from the Kennedy/Jenks consulting firm, partly in order to “educate voters” about the need for a proposed desal project. Again, if you have a position on this proposed expenditure, you should let the Council know what you think” He also talks about and gives links to items like losing your water rights, Rail Trail Planning workshops this week and changes to local Heritage Tree laws. Read it all here

LANDAU’S PROGRES. Saul’s weekly article is titled “Drop “Greatest” and “Number One” and feel proud”. In it he says, “The veterans return to joblessness, homelessness and Post Traumatic Stress Disorder (PTSD). The “SUPPORT OUR TROOPS” slogan translates into “paste this bumper sticker on your car,” not into increased care and comfort for the homecoming youngsters. For Conservatives, governments must fight wars, not care for the wounded when they return. The U.S. economy stagnates as Tea Partiers have captured the Republican command and the political system has become dysfunctional. The Democrats have not articulated a clear agenda. The cultural fissure that divided the country 150 years ago during the Civil War were camouflaged by economic up turns during the late 20th century, when the United States became the top dog in the West. Americans then felt secure: their children would live better”. Read all of Saul’s article here

LISA JENSEN LINKS. “This week at Lisa Jensen Online Express (http://ljo-express.blogspot.com), strap on your goggles for the new Steam punk show at the new SCICA Gallery in the Tannery, prepare to be awed by the sheer gorgeousness of Ang Lee’s Life of Pi, and get a sneak preview of my new novel (and a chance to win an early proof copy!).” Lisa has been writing film reviews and columns for Good Times since 1975.

LIFE OF PI.For me this “magnum opus” from Ang Lee belongs right next to his version of “The Hulk”. Both are comic book fairy tales, signifying nothing. Pi, which as anyone knows who read the book is short for both “pissing” or Piscean. There’s lots of hype on the use of special effects…they’re pretty, and pretty good, but not worth going to the movies to see.

SILVER LININGS PLAYBOOK.Once in a great while films affect me so much and I take them so personally that I loose all critical facilities. That happened with Silver Linings Play Book. For some reason, I fell asleep many times during the first time I saw it. I saw it again last Saturday and figured out why…it was far too negative, mean-spirited, too full of arguing, and ridiculing bi-polar behavior just for laughs…it is not my kind of film. It’s also getting some pretty good reviews….you’re on your own, as usual.

The winners from Bookshop Santa Cruz’s Young Writers Contest are featured for the entire hour on 11/27. Joe Jordan talks about NASA, space and Global Warming on December 4th followed by Attorney Bob Taren wrapping up the local political year. December 11 has photographer Charles Berger discussing the fine points of his art. Then on December 11 Futzie Nutzle talks about his Blitzer Gallery show. Do remember, any and all suggestions for future programs are more than welcome, so tune in, and keep listening. Email me always at bratton@cruzio.com

QUOTES. “If you want a picture of the future, imagine a boot stamping on the human face-forever…And remember that it is forever:, George Orwell. “I would like to do something worthwhile like planting a tree on the ocean, but I’m just a guitar player”, Bob Dylan. “I’m a double Libra, which has been a great consolation to me in this time of pain”, Kenny Schaffer. 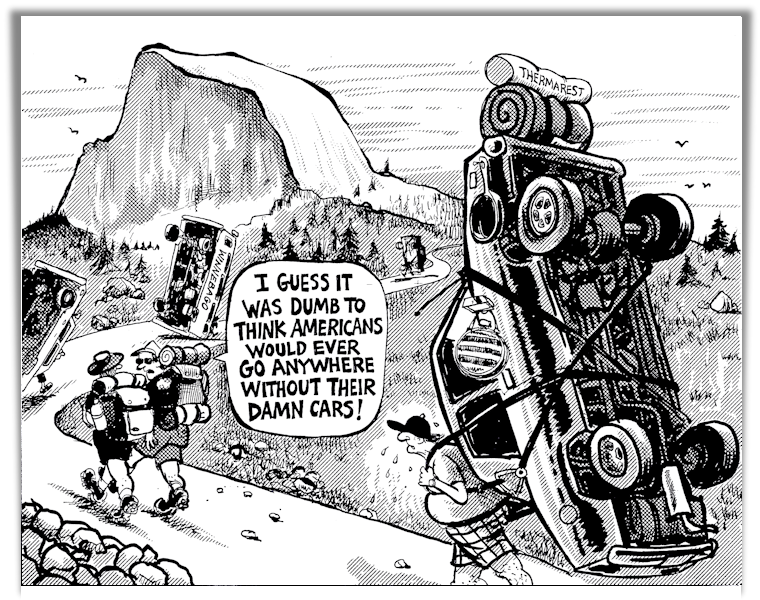 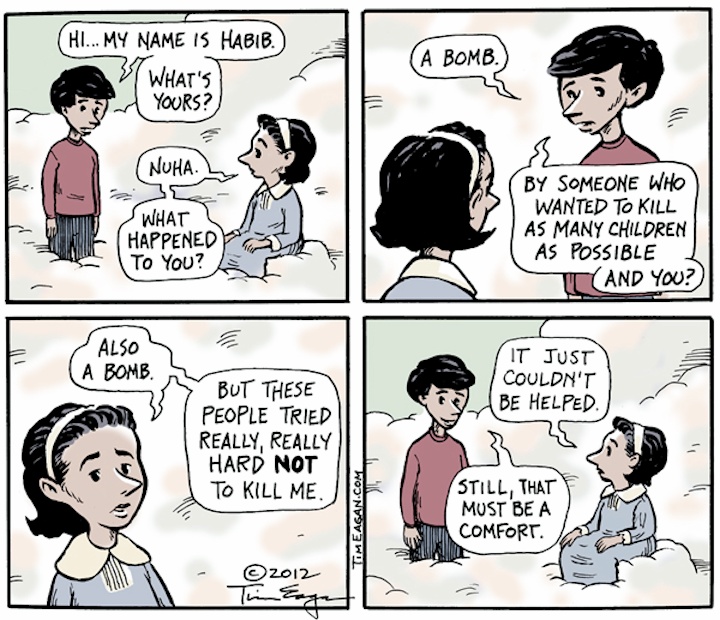