DE LAVEAGA GOLF COURSE AND OTHER TOXIC AREAS. It has never ceased to amaze me why our city or any city will subsidize such an intense and huge waste of perfectly great property for a sport, especially golf. Why not permanent city run roller skate rinks, bowling alleys, or horseback riding? Then again, our fair city closed down our municipal swimming at Harvey West park…and still is willing to spend our hard acquired city coffers supporting Golf? If you genuinely care about the environment ask the folks who run De LaVeaga about their use of pesticides. Ask if it’s true that, like many golf courses, there is so much toxic pesticide used on the greens that each one has a separate drainage system so the poisons won’t pollute the land around the greens. As some pillar of wisdom once said, ”The waste is a terrible thing to mind” and paying for and supporting a few golfers hobby at the expense of some very necessary improvements to our city is more than terrible.

TRAFFIC TICKETS FOR TEXTING AND PHONING,UNFAIR. You’ve seen those electric highway warning signs like “Don’t phone and drive $250 it isn’t worth it”.

If tickets cost that much just for phoning shouldn’t drinking coffee and driving cost at least that much? How about eating a cheesy sloppy burrito and driving? Shouldn’t that cost at least $500 or would that be Facial Profiling or worse? Lets’ protest.

MARIN STOPPED DE-SAL, SO CAN WE. Convince your neighbors and learn more yourself by attending this community event: “Sustaining Our Water Future in Santa Cruz” with guest speaker James Fryer. James Fryer is former head of conservation programs, Marin Municipal Water District and has over 20 years of experience working on freshwater, estuarine studies. In June of 2009, as a former MMWD conservation coordinator he authored a report released by Food & Water Watch that found desalination unnecessary in Marin. Instead, Fryer recommends a package of solutions that includes improving landscape irrigation, decreasing system leaks and enhancing reservoir operation to meet Marin’s future water needs at a much lower cost and environmental impact. He’ll have a lot to say about the similarities between Santa Cruz and Marin’s problems. After Fryer’s talk there’ll be a slide show titled “Rain Catcher”, a slide show by Bobby Markowitz. Markowitz is a designer of rainwater catchments with Earthcraft Design. It all happens Thursday, May 12th, 7-8:30pm, Unity Temple, 407 Broadway, Santa Cruz. Free Admission.

Here’s a link to “An Investigation of the Marginal Cost of Seawater Desalination in Marin’s Proposed Desalination Facility …by J Fryer
p.s. Marin County tried the sneaky tactic of writing their desal ballot measure so no one would know how to vote…which is what Barrisone, Kocher, Ryan, Rotkin and people like that are planning here.

SECRET DE CINZO CARTOONS.More than just rumors have it that the anti-desal folks are in cahoots with spectacular editorial cartoonist Steven DeCinzo to produce spanking new Desal cartoons. I’ve seen the rough sketches and can tell you they are some of the sharpest, funniest drawings he’s ever done. The anti desal folks are working hard to educate those amongst us that there are other and better ways to go. Help counter the Santa Cruz City Water Department’s heavy pro de-sal campaign both in print and onstage by sending a few dollars to help pay for some educational materials the cause. Match the $1,000 pledge to help in halting the “proposed” desal plant and advancing sustainable water alternatives for Santa Cruz. Send a contribution to

THE LEAGUE MARCHES ON. The League of Women Voters of Santa Cruz County will hold its 46th Annual Meeting on Saturday, May 21, 11:30 a.m. to 2 p.m. at the Beachcliff Clubhouse, 863 Via Palo Alto in Aptos. The public is invited. Jackie Jacobberger, Past President of the LWV of California will be the keynote speaker on the topic: California’s Fiscal Woes. Can We Finance Our Future? Ms. Jacobberger’s talk will focus on California’s budget issues, how we got here, and some of the reform proposals. The event will begin with a salad bar luncheon. For more information visit the League’s website calendar at http://www.lwvscc.org

with the Transit District – be careful!!”

Our elected officials are looking at ways to save money by combining the Santa Cruz County Regional Transportation Commission and the Santa Cruz Metropolitan Transit District. The Transit District is struggling right now to maintain a critical asset, i.e. public transportation to County residents, whereas the Regional Transportation Commission is coordinating road repair, bicycle programs, and of course their number one priority, widening Highway 1. The RTC must be given credit for steadfastly supporting the purchase of the 32 mile rail line between Watsonville and Davenport, and working for over a decade to complete this deal.

But combining these two agencies needs to be looked at very carefully. The makeup of the governing bodies of these two organizations has lots of overlap right now, and the majority of both agencies favor widening Highway 1. The Metro District is successful because of a ½ cent sales tax measure was passed back in 1978 to support public transit. The RTC and the highway widening supporters failed to pass a sales tax measure to widen the highway back in 2004. Watch how this stated plan to combine the two agencies progresses. If a sales tax measure (that already passed back in 1978) to fund pubic transit has to be put before the voters again in 2012 in order to merge the two agencies, we’re looking at the possibility of losing a great bus system due to the “no more taxes – ever” crowd, and they are capable of winning as it would take 2/3 majority vote to keep the bus system funded. Oh yes, by the way, the majority of the anti-tax crowd want to widen the highway”.(Paul Elerick is thechair of the Campaign for Sensible Transportation, http://sensibletransportation.org , chair of the Transportation Committee of the Santa Cruz Group Sierra Club. and is a member of Nisene 2 Sea, a group of open space advocates).

PATTON’S PROGRAM. Gary talks about his vacation plans, then he warns us about a plan to cut 4000 trees at Fort Ord. He tells of Heritage Ranch and how it really isn’t heritage…He announces that Water Study talk on Wednesday night. There’s more news about the State realignment plot. Gary closes by discussing PPIC, never to be called “pupik”.

EAGANS DEEP COVER. Social reconstructionist Tim Eagan shows how much we should CARE about….scroll below

BARTCZAK’S BULLFROGS. Scroll down a few pages to see Peter’s latest artistic achievement….titling them could be your problem….

LANDAU’S PROGRES. Saul’s column this week is “Free Private Manning”. He leads off with, In April; the Army transferred Private Bradley Manning from a Quantico, Virginia, solitary confinement cell to the federal prison at Leavenworth, Kansas. At Quantico, according to a Human Rights Watch report, the military had shackled Manning, stripped him naked and isolated him. The government explained they did these apparently cruel deeds because they feared Manning might commit suicide.“

(Saul Landau is an Institute for Policy Studies fellow whose films are on DVD from roundworldproductions@gmail.com ).

LISA JENSEN LINKS.Hop into the Wayback machine this week on Lisa Jensen Online Express (http://ljo-express.blogspot.com/) to revisit bohemian Santa Cruz of the early ’70s via the stunning photo portraits of former Cruzan Jim Hair. Also, will James Durbin make it into the Final Three on American Idol? If so, prepare for another tsunami when Durbinmania hits the Boardwalk Bandstand his weekend. (Lisa Jensen has been writing film reviews and a column for Good Times since 1975).

But see it more to experience Sandrine Bonnaire (you’ll recognize her) as the housemaid who becomes obsessed with playing chess. A lovely well told story, with French charm, some wit and lots of pathos. See it if you like really good films that stay with you for days.

MEEK’S CUTOFF. This film stays with you for days but then again so does the flu and jock itch. It’s about three families traveling the Oregon Trail in 1845. There’s an unbelievable and rare division of opinion among real film critics ranging from calling it classic to boring. I’m on the boring side. It’s slow, nothing happens, no point is made, it’s tedium to the fullest. Michelle Williams from Wendy and Me is the star but she could have spent her time in better ways. Oh yes, there’s an American Indian in it but he doesn’t help either.

SOMETHING BORROWED. This meaningless drivel stars Ginnifer Goodwin (the youngest of Mormon Wives on HBO’s Big Love series and Kate Hudson at her dimmest best. It’s about screwing your best friends in every sense, and it’s not funny, deep, meaningful or worth seeing. And I’m sorry I did.

THOR. Like just about everybody else I figured that with Kenneth Brannagh directing and Anthony Hopkins playing Odin how bad could it be? I found out…very bad. The only good from this fake 3D film is that those two guys made enough money to go on pursing some quality projects they must have had in mind. Just like Wagner’s Ring operas the God and humans use the rainbow bridge and we are reminded in the film that it’s original Norse name is Bifrost. Wagner doesn’t name the bridge, but never mind. It took in $66 million on opening weekend. Natalie Portman does her cute bit, and Chris Hemsworth the new 28 year old Australian hunk as Thor even makes Governor Schwarzenegger look puny. But don’t go anyways

WAGNER’S RING, PART 2. DIE WALKURE. Back in the day Walkure’ s (Valkyries) stayed alive by eating the corpses of the soldiers who died on battlefields. That of course was extra- environmental, but that’s not in this opera. I said on KZSC’s Bushwhackers last Friday that this opera was 4 hours long. I was fibbing because I knew what the reaction would be…and I was right. Actually its 5 ½ hours long and begins at 9 am. at Cinema 9. Deborah Voight has been singing this, her first Brunnhilde, Bryn Terfel as Wotan and Stephanie Blythe as Fricka. Odin and Wotan are the same guy if you happen to see Thor and wonder why they both wear eye patches. It’s because he was hanging from an oak tree..but that’s another story. Get tickets to see this Metropolitan Opera production this Saturday at Cinema 9. You’ll never see or hear another like it.

? Special Guest: Back by Popular Demand – Darryl Coe returns with his Drehorgel and Affe (outside). Darryl plays a “hurdy gurdy” type thing and Affe is his hand puppet. It all happens at the First Congregational Church, 900 High Street, Santa Cruz Saturday May 14 at 7:30 p.m.

UNIVERSAL GRAPEVINE. Each and every Tuesday from 7:00-8:00 p.m. I host Universal Grapevine on KZSC 88.1 fm. or on your computer (live only, or sometimes old programs are on “blog”) at WWW.KZSC.ORG. Astrologer Sue Heinz will be on May 10, then Mark Kay-Gamel who’ll talk about her new Orestes Terrorist production happening on UCSC campus May 20-29. Maya Barsacq talks about Cadenza on May 17 and Carolyn Swift talks about the new picture book on Soquel which she says is fantastic. Shira Bogin talks about student art and MAH on May 24. Frank Lima, aka The Great Morgani reveals just some secrets to his success on May 31. Santa Cruz County Supervisor Neal Coonerty helps me celebrate 5 years of Universal Grapevine on June 7.The Santa Cruz Bookshop Short Story Winners read their entries for the full hour on June 14th. Don Young author of Battle For Snow Mountain will be on July 12.Any and all suggestions for future programs are more than welcome so tune in and keep listening.

QUOTES. “When I was a boy, the Dead Sea was only sick”, George Burns. “Every day in every way, I get worse and worse”, Patrick Murray. “Santa Claus has the right idea— visit people just once a year”, Victor Borge. 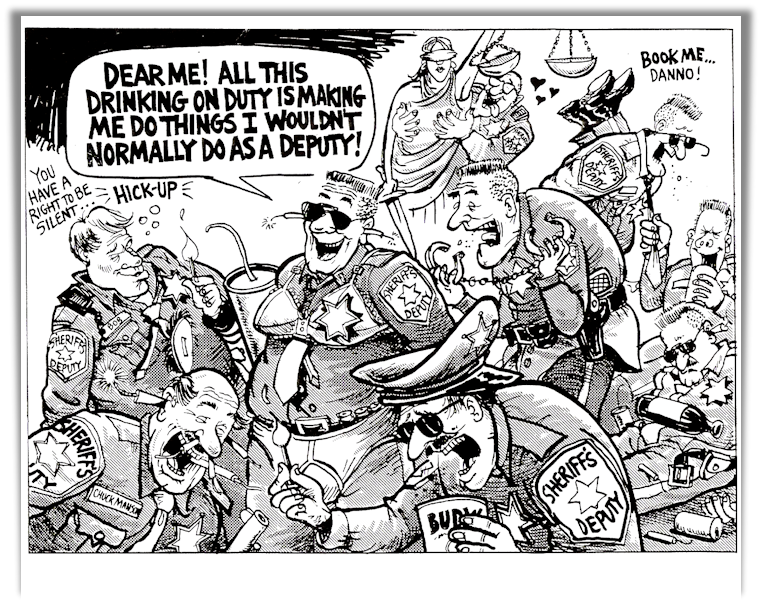 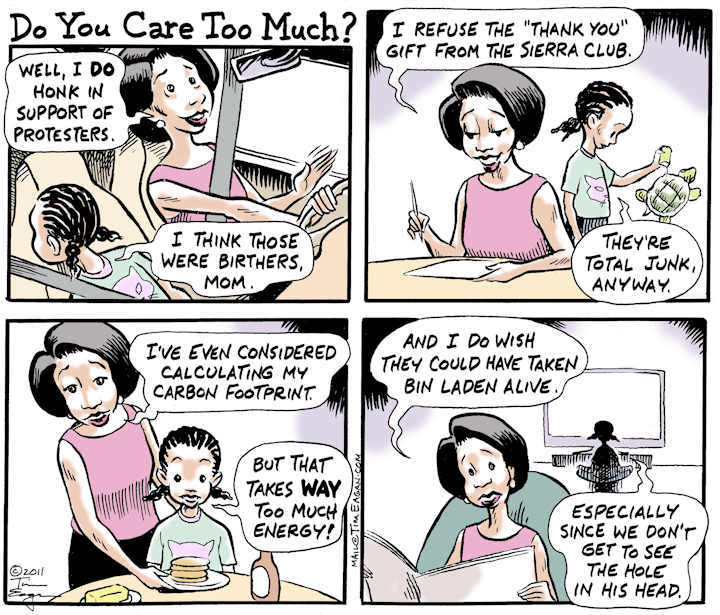