“MODERATE”…WHAT’S “MODERATE”. In a move that surprised a few Santa Cruz residents former Democrat Hilary Bryant not only endorsed Right Wing, “1%’er” Bruce McPherson but signed his fund raising pitch letter!!! We can only assume that means she too is as anti-labor and anti-gay as McPherson voted while he was in Sacramento. That must also mean she supports all of his statements and opinions when he was editor at the Santa Cruz Sentinel. Does anyone think he’s changed from his support of Governor Arnold. And if you think that’s bad, some City Hall sources are saying that David Terrazas will also come out and support McPherson.

“FORMER DEMOCRATS”???I say that the local Democratic Party should censure and expose any (and all) Democrats who come out supporting Schwarzenegger – Republican McPherson for Supervisor

LOU HARRISON BOOK AND EVENT. Tuesday, March 6th . The world is beginning to wake up and recognize our late neighbor and friend Lou Harrison. I miss him and wonder why The Chronicle says he was “secluded” while he lived all those years up in Aptos. Those sure weren’t “secluded” parties, fund raisers, concerts, that I attended at his and Bill’s house.

PATTON’S PROGRAM. Gary names this next week “Water Week“. More than that, he urges everyone to attend the LAFCO meeting this Wednesday at the County Building he says…”Wednesday at 9:30 in the morning, the Santa Cruz County Local Agency Formation Commission is going to consider this very question. LAFCO meets on the Fifth Floor of the County Governmental Center, and you are invited to attend and participate. Here’s what’s at stake: 1.On the UCSC campus, the University is proposing to pave over more than 300 acres of what used to be a “natural reserve,” and to build over 3,000,000 square feet of academic and residential facilities. 2. For all those served by the City’s water system, which includes residents and businesses in Live Oak, Pasatiempo, and parts of the City of Capitola, extending City water service to the currently unserved “North Campus” will put additional strains on the City’s already overstretched water supply. 3. For endangered fish species in the San Lorenzo River, more potential diversions from the River means a greater likelihood of extinction.

BARBIE SCHALLER DIED. Talk about loyal hard working Democrats….Barbie Schaller was Queen of the crop. She was 92 and never stopped pushing and proposing her agenda, and we loved her for it. She died February 16. Services won’t happen until sometime in May.

ANCHOR IN ANTARCTICA. Micaela Neus from the real “down under” writes, “As you might imagine, last week’s deadly fire at Ferraz Station (Brazil) has everyone thinking about our own emergency response. McMurdo Station (US) has a Firehouse staffed by professional firefighters, many with EMT status, as well a clinic with two doctors, an x-ray technician, several nurses, and a physical therapist (at least during the busy summer season). On the other hand, we have only one doctor and volunteer
firefighters. In this sense, Palmer Station has more in common with the
South Pole: we’re amateurs!

We make up for the lack of personnel with good organization, a focus on prevention, and constant training. The Fire Brigade consists of First Responders, the Pumps Team, a Muster-Taker, a Safety Officer, Fire Chief, Incident Commander and, finally, some actual firefighters. The SCBA Team (as we call the firefighters) gets one week of training in
Colorado at a Fire Academy before heading down to the ice. I’ve gone through the course twice, complete with trips into the four-story cement Burn Building… its fun enough to convince me that I wouldn’t enjoy doing it regularly!

So many people doing so many different things in such a small area might degenerate into chaos, and so we practice both our own duties and coordinating with other parts of the Brigade. As I mentioned last week, we fear fire more than the cold or bad weather. We depend on one other, logistically and emotionally, to a degree that makes us both vulnerable to disasters and very good at working together to respond to them.

We have a fire drill once per month, partially to practice our response and partially to give the doctor a chance to let off some creative steam. We try to keep her as bored as possible, but the plan has backfired: she uses all her free to plan elaborate scenarios involving chemical explosions or electrical fires at the outskirts of town. The most recent drill featured someone getting so upset about a Performance Evaluation that he snapped and started setting fires at random. While the rest of the Brigade put out the fires, the Incident Commander had me chase the arsonist down with a fire axe. I eventually trapped him in the Ham (Radio) Shack and sounded the All-Clear. Only a drill, of course… but you have to wonder what the doctor had on her mind when she thought it up. (Micaela Neus works for Raytheon Polar Services Company as a utilities technician and is currently living at Palmer Station, Antarctica until April 2012.

LANDAU’S PROGRES. Don’t overlook Saul Landau’s article, “President Rick Santorum”. An excerpt…”The media’s ability to confuse celebrity “news” with war and economic disaster grows stronger. “As North Korea ramped up its threats to attack South Korea, CNN reassured its viewers that a nuclear war on the Korean Peninsula would have “no effect whatsoever” on its Whitney Houston coverage. (The Borowitz Report).Whitney, even in death, outranks fighting in Syria, wherever that is. Right wing preachers distract their electorate (congregations) by linking God to political issues. TV appeals by Pat Robertson and Jerry Falwell sucked millions of dollars from their flocks. God spoke to them, they said. “God may have allowed what the nation deserved because of moral decay,” Falwell warned. “God wants you to succeed in business,” he preached. (Quest for Power: The Origins of the New American Right, film by Landau and Frank Diamand 1982). Imagine endless media stories on Santorum’s sympathetic family and disadvantaged child! Imagine many democratic voters staying home because Obama has disappointed them! So, think twice before not voting. HL Mencken reminds us, “The demagogue is one who preaches doctrines he knows to be untrue to men he knows to be idiots.”

Saul Landau is an Institute for Policy Studies fellow whose films are on DVD from mailto:roundworldproductions@gmail.com

FRIENDS WITH KIDS. Every local knows by now that the star of this film is Adam Scott who was born and raised here. I’ve known his folks since and during all that time…and it’s still an excellent film. Adam and his Mom Ann look amazingly alike. Adam has had quite a film career and now it’s jumped sky high with this lead role plus all the TV stuff he’s been doing. This film is about NYC couples and their attitudes on getting married and then again on having children. Because its NYC you’ll think about Woody Allen but this is funnier and more sensitive….do not miss it.

BULLHEAD. This film will grab you where it hurts literally, and not let go…ever. It’s about steroids, illegal cattle raising, a murder, and it’s in Dutch and French. It is somewhat overly complex and hard to figure the chronology but go see it. You won’t sit on the edge of your seat but you’ll think about it…guaranteed.

WE NEED TO TALK ABOUT KEVIN. Tilda Swinton is one of my favorite actors, and she’s at her very best in this faulty script. John C. Reilly does an excellent job too. This film starts off sad, depressing, and goes downwards and never stops. It’s disturbing, unsettling and I’m still not sure if there is a point to it. It’s from a book.

HOSTETTER’S HOT STUFF.Here’s a very last minute reminder about Alasdair Fraser and Natalie Haas who will be at Kuumbwa Sunday night. And further nudges about some great other stuff coming up, including Caterina Lichtenberg and Mike Marshall, Bruce Molsky and Ale Möller, Brittany Haas (yes, she’s Natalie’s sister) and her new playing partner Lauren Rioux, the astounding Hermeto Pascoal, and way down the line: Shujaat Khan. Details, as you’d expect, t http://www.lutherie.net/live.music.html

More in due time, but do get out your calendars and support live music! ph

SANTA CRUZ BAROQUE FESTIVAL. The Santa Cruz Baroque Festival presents Evolving Mandolins featuring Caterina Lichtenberg & Mike Marshall (mandolins) will showcase the evolution of the mandolin through musical time starting with its 16th century roots in Europe and extending to folk music traditions of the Americas. A performer as adaptable and charismatic as her instrument, Caterina Lichtenberg has appeared worldwide as performing and workshop artist, showcasing the instrument’s folk and classical music capabilities alike, as soloist and in various ensembles. Originally from Bulgaria, she now holds the only professorship of mandolin in Europe at the Cologne University of Music in Germany. Well-known to the Santa Cruz mandolin community, Mike Marshall is one of the worlds most accomplished and versatile string instrumentalists in America today. A master on mandolin, guitar, mandocello and violin, he has created some of the most adventurous instrumental music for over 35 years. Its Saturday, March 10, at 7:30pm at the UCSC Music Center Recital Hall (UC Santa Cruz campus). Go to http://www.scbaroque.org for details.
Ticket Outlets: UCSC Ticket Office (831-459-2159), Santa Cruz Tickets (www.santacruztickets.com), Civic Center Box Office.

UNIVERSAL GRAPEVINE. Each and every Tuesday from 7:00-8:00 p.m. I host Universal Grapevine on KZSC 88.1 fm. or on your computer (live only, or sometimes old programs are archived…(see next paragraph) and go to WWW.KZSC.ORG. History Dude and author Sandy Lydon co-chairs The March 6th Grapevine which is our Pledge Drive…so call in and pledge!!!. Nickolas Conrad will guest on March 13, he’s with the UCSC Secular Student Alliance and then Laura Kasa and Colleen Bednarz from Save Our Shores will talk about the Plastic Bag Stoppage happening March 20. Julie James will tell us latest plans and plays such as Hello & Goodbye and Blithe Spirit from The Jewel Theatre on March 20. After Julie, Deb McArthur from the Santa Cruz Museum of Natural History will reveal late plans and projects. On March 27 Rita Wadsworth and Shannon Marie Kerr from Mountain Community Theatre will talk about their new play, “Crimes of The Heart”. The April 3 Grapevine has UCSC professor Amy Beal who is curating/programming the annual “April in Santa Cruz Festival of Contemporary Music”.(April 5-April 27). She’s followed by Robbie Schoen the host & director of Felix Kulpa Gallery. Send me more program ideas if and when you have them!!!

QUOTES. “Discard all theologies and all belief…the whole principle that someone else knows and you do not know, that the one who knows is going to teach you”, Krishnamurti. “Eeny, Meeny, Jelly Beanie, the spirits are about to speak”, Bullwinkle Moose. “Everything I know I taught myself“, Bo Diddley. 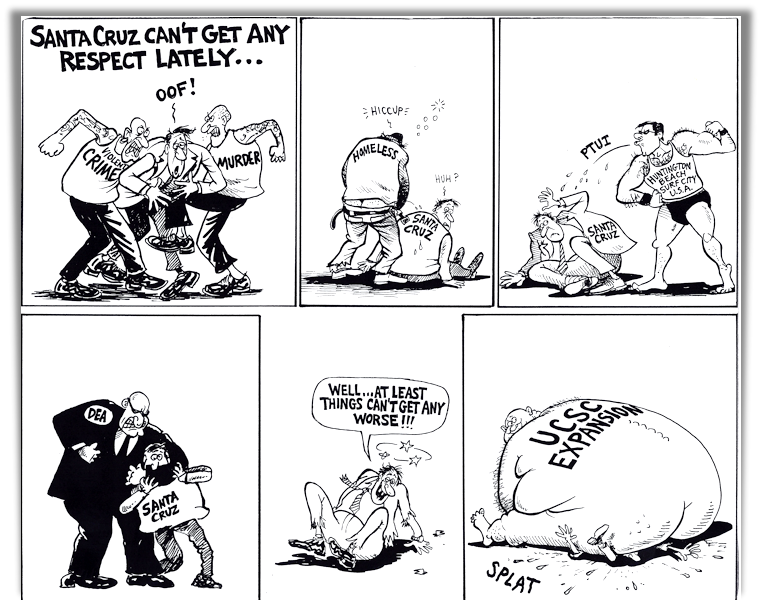 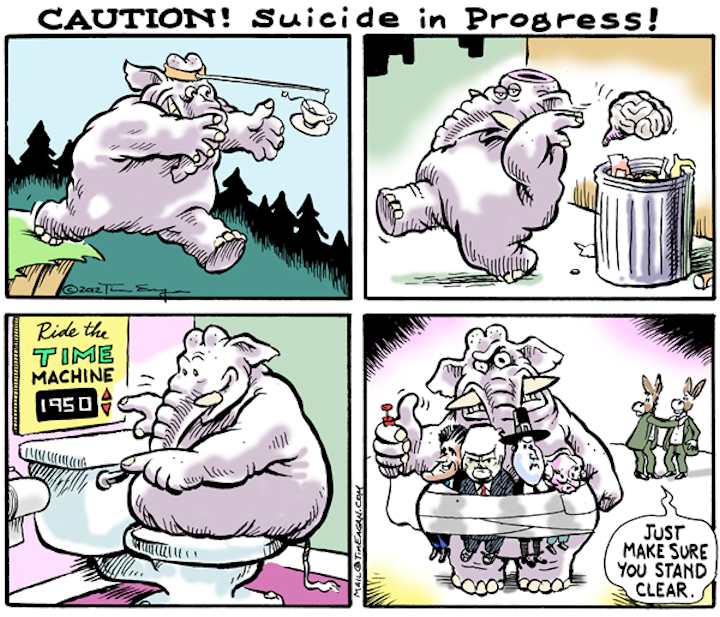