BUYING OUR CITY COUNCIL. I’d guess that it’s all because of Santa Cruz being a small town but it’s not only fair game but even tradition to question national politicians ethics and honesty. WE care where and how politicians get their money and why they vote like they do. Huge scandals erupt, conflicts of interest are taken seriously, votes are examined, connections are dissected and careers are made or broken when these facts are exposed. Here in Santa Cruz, a city that is financially dependent on both UCSC and The Boardwalk for it’s existence none of those connections or conflicts seem to count. Anyone who cares can see that George Ow, Joe Simitian, Susan Bosso, Fred Keeley, Jeremy Neuner, Caleb Baskin, Neal Coonerty, Craig French, Calif Real Estate Action, Charlie Canfield, Calif Apartment Association, and Donna Murphy all contributed big time to Hilary Bryant’s campaign…and it doesn’t seem to matter hereabouts. Almost all the same people and orgs donated campaign funds to David Terrazas. Like Simitian, Rittenhouse, Canfield, Latino P.A.C. of Santa Cruz, University Business Park, Western Storage, Ryan and Neal Coonerty, Judy Warner, Democratic Women’s Club, Keeley, Zach Friend, Woodmont Real Estate in Belmont, and CAAPAC (calif Apartment Association. Does the fact that a large percentage of these campaign contributions were filed after the last filing date so we wouldn’t know about them until after the election? No I guess it doesn’t…but it would on a national level. Why is that?

KZSC 88.1 FM PLEDGE DRIVE. Times are tough all over and as you’ve heard UCSC has been going through those times too. This week is the Spring Pledge Drive time on KZSC. As you must have heard KZSC is the USA’s most listened to college radio station. KZSC radio has 20,000 watts of power and reaches a potential audience of 2.5 million people. “Its coverage area map looks like a giant spacecraft hovering over Santa Cruz, Watsonville, Salinas, Seaside, San Mateo, Gilroy and San Jose”. It was ranked as the number-one most listened-to college radio station by Radio-Locator, an online site with links to more than 10,000 stations. KZSC Santa Cruz 88.1 FM is the only college station west of the Mississippi River to make the Huffington Post’s top five. Anyway, Santa Cruz County Supervisor John Leopold will be my guest Tuesday Night (March 8 from 7-8 p.m.). He’ll give some awesome pledge gifts and so will I. The station needs all the financial support possible, so its operations won’t be cut…along with everything else. Tune in, BUT call in too and pledge something, and ask John Leopold something about the County you want to know it’ll be a good time. Call 831 459-4036 or go online and donate http://kzsc.org/pledge .And be sure to mention my program Universal Grapevine, that’s just like voting to keep it on the air.

SAN JOSE, LARGEST US CITY WITH NO PUBLIC WATER FLUORIDE.

This article from the San Francisco Chronicle tells how backward San Jose is…if you haven’t guessed. It also tells how backward Santa Cruz is with their “no to fluoride” while the rest of the world has been improving dental health for decades. Just read what the medical world, the dental world, health officials know about the benefits of adding fluoride to the drinking water. Sometimes I wonder how the anti-fluoride people have avoided falling off the edges of the earth all these years, they must worry about it. Read it here. http://www.sfgate.com/cgi-bin/article.cgi?f=/c/a/2011/02/19/BAF11HPE8A.DTL

ROCK PAPER SCISSORS & ROBOT & YOU!!! There are lots of ways of killing time and improving your mental capacity online, but this one is really great. More importantly there’s no gimmicks, charges, or signing up..

SCRP recently announced that Hilary Bryant had accepted an invitation to attend their next meeting in two weeks. It’s an attempt by SCRP to have ” an open format discussion of some of the many City issues that SCRP members are concerned with. Basically it’s an opportunity to get to know each other better and to form a good working relationship” It says in the SCRP email. David Terrazas will be the next invitee.

PATTON’S PROGRAM. Gary talks about the threatened Mobile Home Rent control. He then talks about the proposed killing of the Redevelopment Agencies and says that our Live Oak district has done a great job with re-development projects. Then there’s discussion of “Publicly owned Tidelands and developing them. He welcomes The Coastal Commission, and notes that La Bahia won’t be on the agenda. Gary slams last week’s Good Times commercial to develop La Bahia and says, “Not mentioned in the article is the fact that the hotel proposal is in direct conflict with provisions of the City-adopted, Commission-approved Local Coastal Program. The La Bahia developer, in other words, didn’t want to follow the existing rules, but wants the rules changed to accommodate his desired development. That approach to coastal protection is what is sometimes called a “slippery slope.”

EAGANS DEEP COVER. Tim looks at leaders and followers in our time and wonders at it all. Scroll down.

MURALIST PETER BARTZAC’S BLOOD BATH. Also to be appreciated at the end of this week’s column…way down there

LANDAU’S PROGRES. Saul Landau writes in this week’s Progresso Weekly article titled “Droning As Foreign Policy” …In late 2002, another zany incident mushroomed into a pretext for war and on-going assassinations. An Iraqi “scientist” defected to Germany and told its intelligence officials a hair-raising tale about Saddam Hussein’s secret possession of weapons of mass destruction. The Germans delivered this account to the CIA, but dubbed the Iraqi “Curve Ball to show their skepticism.” The eager-for-war Bushies, however, ignored German doubts. This story – true or false — answered their bellicose prayers: they could sell this crap to media hacks – like Judith Miller of the New York Times — to help convince the incredulous public” Read the entire piece here
Saul Landau is an Institute for Policy Studies fellow whose films are on DVD from roundworldproductions@gmail.com

LONDON’S CHAMPION COFFEE BEANS AND BARISTA. So London is turning out world champion coffee beans and baristas…how’d that happen?

KEFAUVER’S SOCIAL MEDIA TIPS. “Social Media Cutting Edge”: Get Used to “QR Codes” – For Starters, what are they? Last week, I attended London-based Eye For Travel’s two day conference on travel and social media, “Social Media Strategies for Travel” in San Francisco. At the conference, in addition to networking with travel industry folks at hotels, airlines and tour operators, I made peace with the fact that QR codes are not going away. I had been hearing the buzz about them and now have my own.

For more starters, here is Wikipedia’ s definition of a QR code: “A QR Code is a specific matrix barcode (or two-dimensional code), readable by dedicated QR barcode readers and camera phones. The code consists of black modules arranged in a square pattern on a white background. The information encoded can be text, URL or other data.

Common in Japan, where it was created by Toyota subsidiary Denso-Wave in 1994, the QR code is one of the most popular types of two-dimensional barcodes. QR is the abbreviation for Quick Response, as the creator intended the code to allow its contents to be decoded at high speed.
(Link: http://en.wikipedia.org/wiki/QR_Code)

For more information on why you want one and how to do it (for free) visit:
http://uqr.me, a free social utility designed to share web content with the real world, letting you turn just about anything into a link. There’s a quick video that serves as a good introduction to the world of QR.

LISA JENSEN LINKS. You never know where or when art is going to pop up in Santa Cruz. This week on Lisa Jensen Online Express visit some local shows by fresh young elementary school artists and wily veterans alike, look forward to a concert of dueling chorales coming soon to Holy Cross Church, get your green on with Johnny Depp as the way-out Western lizard hero Rango—and more!

HOSPICE OF SANTA CRUZ COUNTY SEEKS VOLUNTEERS. Hospice of Santa Cruz County is in need of friendly, compassionate men and women to join their Volunteer Visitor and Grief Support Volunteer positions. They are currently recruiting volunteers to work in grief support positions and as visitors who give support directly to patients and their families in their homes and in Skilled Nursing Facilities and/or Residential Care Facilities throughout Santa Cruz County. The 4-week Volunteer Visitor training begins March 17th. To find out more, please call their Volunteer Coordinator at 430-3006.

THE ADJUSTMENT BUREAU. Matt Damon and Emily Blunt literally light up the screen with their first love scene. This is what Hollywood does best and this is definitely a fun, entertaining film. It has faux religious over-under tones and it’s in the Memento/Inception sci-fi tradition. It’s from a short story by Philip K. Dick (Blade Runner). See it by all means necessary, it’s good fun, and even has you thinking about stuff like free will, predestination, choice, and special effects.

MY DOG TULIP. You’d figure in a very stylish animated cartoon with a voice cast containing Christopher Plummer, Isabella Rosellini, and Lynn Redgrave in her last role that this would be a brilliant film. Even more so because its from the autobiographical book by Brit writer J.R. Ackerly. Maybe because I was in the US Army K-9 corps and trained German Shepards and this is about Ackerley’s over the top love of his Shepard it just seemed too weird to watch. I shared none of Ackerley’s need for that kind of love and didn’t like this movie either. Go warned.

OF MICE AND MEN. Santa Cruz’s Jewel Theatre Company are presenting this classic play from Steinbeck’s book at the former Actor’s theatre at 1001 Center Street. Mike Ryan, Erik Gandolfi and Harry Meserve star in John Steinbeck’s story of two farm hands as they struggle to exist. On a couple of levels. For information or tickets visit jeweltheatre.net or call 425-7506. “Of Mice and Men” runs March 11-19. Showtime’s are at 8 p.m. on Thursdays, Fridays, and Saturdays, and 2 p.m. on Saturdays and Sundays. Tickets are $22-$27.50. call 831.454.1143 or go to JewelTheatre.net

UNIVERSAL GRAPEVINE. Each and every Tuesday from 7:00-8:00 p.m. I host Universal Grapevine on KZSC 88.1 fm. or on your computer (live only, or sometimes old programs are on “blog”) at WWW.KZSC.ORG. March 8th is one of the great 88?s (KZSC) Pledge Drive and County Supervisor John Leopold & I will play lots of the Arhoolie label and other recordings and exhort you into supporting our number one most listened to college radio station in the USA. Peggy Dolgenos and Westi Haughey from Cruzio will talk about their new location and their new lighting of “the fiber internet”, on March 15 followed by Julie James of Jewel Theater Company talking about “Of Mice and Men” (now playing). The Museum of Art & History’s pottery show is the topic on March 22 with Paula Kenyon and Karen Massaro. Carolyn Burke will share views on her brand new Knopf book on Edith Piaf and her early death also on the 22nd. Then on March 29 Sara Wilbourne administrator of the Santa Cruz Ballet Theatre will discuss their latest plans and projects. Any and all suggestions for future programs are more than welcome so tune in and keep listening.

QUOTES. “I used to do drugs. I got so wrecked last night I waited for the stop sign to change—and it did”, Steve Krabitz. “If you drink don’t drive. Don’t even putt”, Dean Martin.” I know I’m drinking myself to a slow death, but I’m in no hurry“, Robert Benchley. 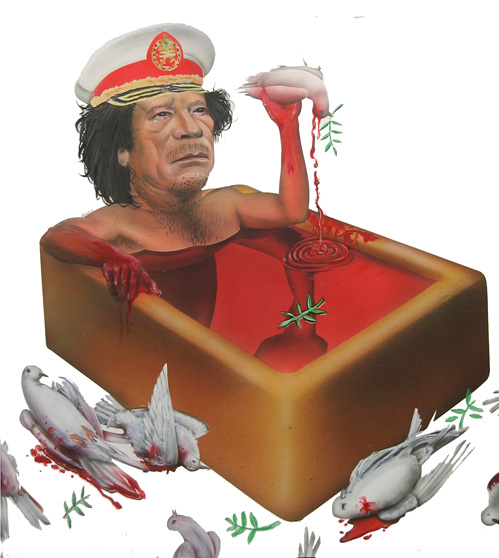 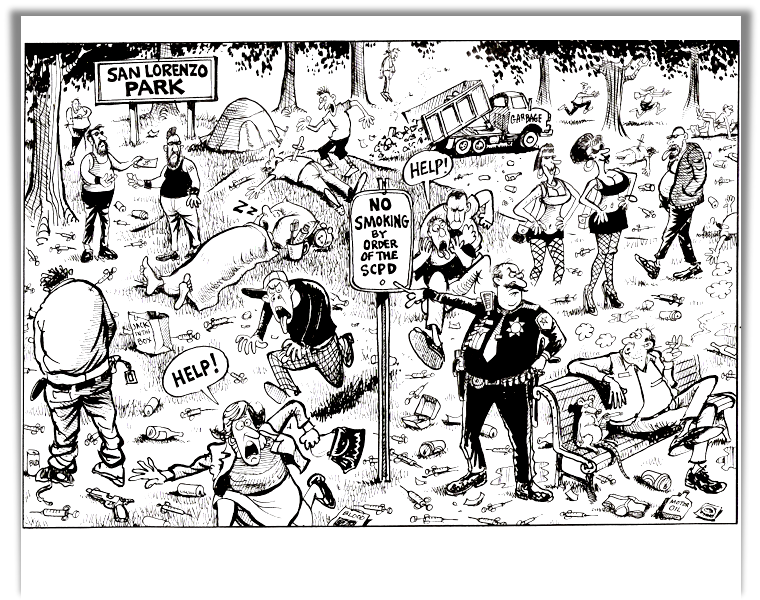