PTSD AND SHOCK AFTER NATURAL DISASTER. Read this article, then ask yourself why Santa Cruz has never experienced such reactions after our earthquake…or did we??

JIMMY CARTER WRITES ABOUT HUGO CHAVEZ. Jimmy Carter wrote about Hugo Chavez in Progreso Weekly. He writes, “President Chávez will be remembered for his bold assertion of autonomy and independence for Latin American governments and for his formidable communication skills and personal connection with supporters in his country and abroad to whom he gave hope and empowerment. During his 14-year tenure, Chávez joined other leaders in Latin America and the Caribbean to create new forms of integration. Venezuelan poverty rates were cut in half, and millions received identification documents for the first time allowing them to participate more effectively in their country’s economic and political life”. Read the rest of his statement here.

FIRE SHUTS DOWN STEINBECK LIBRARY. I didn’t read or hear about this anyplace except the Monterey County Weekly. Check it out…

DAVENPORT GALLERY CLOSING & BONNY DOON WINERY OPENING.. Unless they have unusual funding sources art galleries don’t do very well in this County. Last week the Davenport Gallery sent out this email, (abridged) “Friends, Our time at Davenport Gallery is coming to an end. For the last 3 years we have done our best to be the best gallery in Santa Cruz County. We exhibited hundreds of local artists and sold over 150 thousand dollars in local art. We hung over 30 different shows on a wide range of topics. We met thousands of locals and visitors and shown them some of the talents of many artists on the Central Coast. And we have had a good time doing it. Alas, the time has come to make way for a new venture in Davenport, the venerable Bonny Doon Winery. The month of March appears to be our last and we want to gather one more time to thank you all”.

The pictures and articles that our daily newspaper The Santa Cruz Sentinel publishes are the reason I’ve been a subscriber since 1970. Along with many others, stuck forever in my mind is a picture of the wrecking ball taking its first swipe at the Cooper House, starting its demolition, changing the downtown’s character forever. However the events surrounding the recent murders of Officers Baker and Butler, the DeCinzo portrayal of a grieving statue of Tom Scribner, and the picture of Officer Butler’s partner Peter Wu, holding their little boy wearing his mom’s police hat will never be forgotten. Our daily printed newspaper, the Santa Cruz Sentinel, should be commended for their editors, reporters and photographers giving us such a quality newspaper. An on-line newspaper will never replace a printed one; thanks Sentinel, for being there every morning.

JAPAN BEFORE AND TWO YEARS AFTER…IN PHOTOS. Gary Patton sent this Photo collection…
click on each photo to see the “before and now” pictures.

PATTON’S PROGRAM. Gary states, “If you are a Santa Cruz County resident, there is a great opportunity to get started on that educational process Thursday night March 14, at the Nickelodeon Theatre in downtown Santa Cruz. At 7:00 p.m., the film, “Over Troubled Waters” will be playing at the Nickelodeon, sponsored by the group Restore The Delta. There will be a panel discussion after the film, which I will be moderating. I encourage you to come to the screening on Thursday”. He also talks about Cal Am and a Dam, The Strategic Growth Council and a webinar happening. . He tells about a possibility of permanent conservation of State Agricultural Lands. Read all of above at Gary’s KUSP Land Use scripts http://blogs.kusp.org/landuse / (Gary Patton is “Of Counsel” to the Santa Cruz law firm of Wittwer & Parkin, which specializes in land use and environmental law. The opinions expressed are Mr. Patton’s. Gary has his own website, “Two Worlds / 365” – www.gapatton.net)

VINTAGE DE CINZO.A look at apathy, and YOUR kind of people…scroll downwards…

EAGANS DEEP COVER. Eagan exposes the GOP’s take on the machine age…see below.

LANDAU’S PROGRES. Saul asks, « When Will The Siege End ? “In it he states, “Now, the Socialist government of Cuba has converted the swampy area into a resort, with a hotel and restaurants for curious tourists and Cuban vacationers. A museum offers remnants and keys to understanding that historic encounter that left President Kennedy with much diplomatic egg on his young face. Save for a few short periods, U.S. hostility has remained unrelenting toward its small defiant neighbor. But Cuba built a formidable health-care system, a prodigious educational machine that begins in infancy and continues through the PhD, for those qualified”.

He ends with, “I get nostalgic for old times and youth. But when I see the old U.S. Embassy, not the US Interest Section, I recall the nasty old days of violent counter revolution coming from Florida, the heroic deeds of Cuban guerrillas who had fought for the revolution and the good times of the old days. Maybe, before I make another trip to the island, Secretary of State John Kerry will open discussions with Raul Castro for the purpose of restoring diplomatic and even commercial relations. What a change that will bring… I can imagine the Havana streets full of U.S. tourists and students. Read all of the article here.. .

Saul Landau is filming with Jon Alpert a documentary on Cuba’s campaign against homophobia. His FIDEL and WILL THE REAL TERRORIST PLEASE STAND UP are available on DVD through cinema librestudio.com.

LISA JENSEN LINKS. Lisa writes: “How well does James Franco fill out Judy Garland’s ruby slippers (well, not literally…) in the new Oz movie? This and other burning issues discussed this week at Lisa Jensen Online Express” Lisa has been writing film reviews and columns for Good Times since 1975.

OZ THE GREAT AND POWERFUL.This new version lacks much of the magic and depth of the 1939 original, and its well worth watching. But it should be viewed in 3D and on the biggest screen possible because it’s a visual marvel. James Franco is no young version of Frank Morgan (the Wizard) and Michelle Williams as Glinda (the witch) is no Billie Burke, etc. This new version makes dozens of references to the original and since the original is my favorite film, I was completely taken in by all those touches. The 3D effects are beautiful and very Oz like. There are a few Munchkins in it but no music.

LORE. Lore is the nick name for Hannelore, a Hitler Youth andthe teenage daughter of one of Hitler’s SS troops. Both Dad and Mom are jailed by the Allied troops who have occupied Germany. Lore takes her three younger brothers and baby sister on a 500 mile journey across Germany. Taught to hate Jews, she is helped along the way by a handsome young Jew and the trek is one you’ll never forget. This film was Australia’s foreign film entry for this years Oscars. Don’t miss it.

GATEKEEPERS.The Shin Bet is Israel’s secret service. This Israeli documentary interviews six former directors of the Shin Bet as they tell horrifying stories of their “justifiable” killing and torture of Palestinian “terrorists”. Each of these men feel bad and almost repent for their roles in the Israeli Palestinian wars. You’ll be forced to re-think any and all wars on terrorism, and what it means to humanity. It’s an important film. Don’t miss it.

Tickets can be purchased through the UCSC Ticket Office (www.santacruztickets.com, 831-459-2159) and the Civic Center Box Office. For more information please visit www.scbaroque.org

UNIVERSAL GRAPEVINE. Each and every Tuesday from 7:00-8:00 p.m. I host Universal Grapevine on KZSC 88.1 fm. or on your computer (live only, or sometimes old programs are archived…(see next paragraph) and go to WWW.KZSC.ORG. Teacher, fiddler Annie Steinhart talks about her new book “Pele Voodoo Live” on March 12. She’s followed by Linda Burman Hall unfolding the Santa Cruz Baroque Festival’s new season. Joop Rubens is first on March 19th talking about the work that the local Firelight Foundation does. After Joop, Neal Swanson and Tom Jacobs photographers from the Six Views Show at the Leeds Gallery (2/15-3/25) talk about photography. UCSC’s assoc. Prof. Ben Leeds Carson talks about the annual April in Santa Cruz Festival followed by Cabrilho College’s John Orlando and the concerts in the Distinguished Artists Series. Alexandra Kennedy discussesissues attached to grief followed by Sarah Leonard from the Mental Health Client Action Network on April 2nd. Do remember, any and all suggestions for future programs are more than welcome so tune in, and keep listening. Email me always at bratton@cruzio.com

QUOTES. “The end move in politics is always to pick up a gun“, R. Buckminster Fuller. “I have given my life to the struggle. My life belongs to the struggle. If I have to lose my life in the struggle, well, then, that’s the way it will have to be”, Angela Davis. “Our political power is our ability to destroy”, Huey P. Newton. 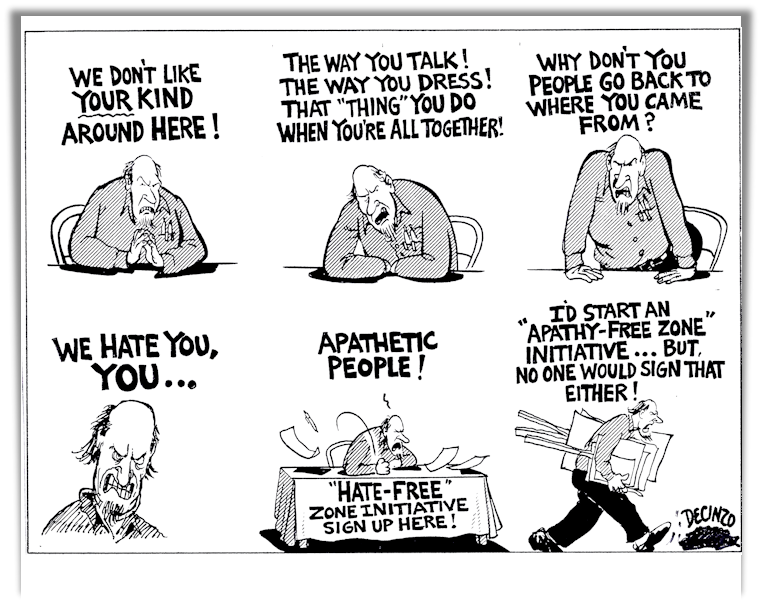 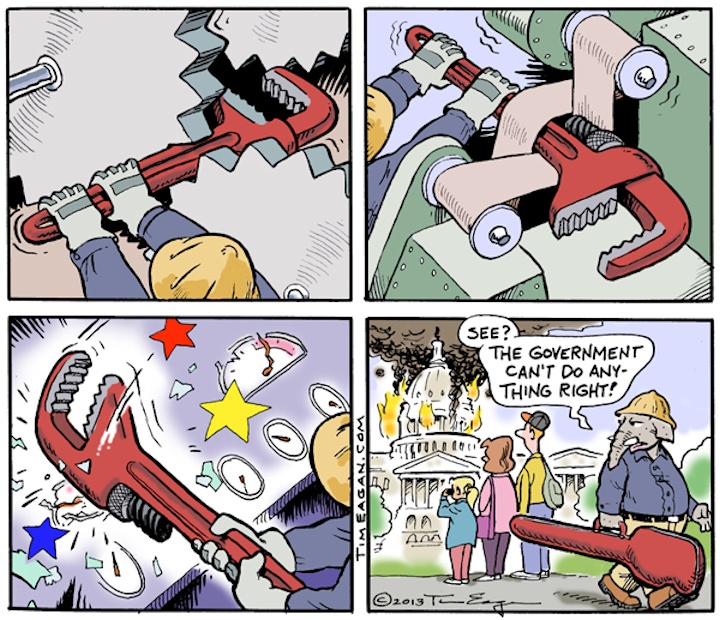