LATTÉ BREAKING NEWS.Has anybody noticed that 3/4 of American males of all ages wear Levi (blue denim) pants? Forgetting individuality, has anybody ever thought what would happen if a law was passed saying 3/4 of American males HAD to wear Levi’s? What kind of fashion statement is this? Can anyone remember when any other clothing item was so invasive or so accepted? The Loomis Money trucks we see all over Santa Cruz all show Milpitas as the company headquarters. That’s because nobody would ever go to Milpitas, even to steal money, or love!

BROCKLEBANK QUOTE. Jean Brocklebank, erstwhile proponent of all things environmental, gave us a great quote. Referring to her long time battle to preserve Arana Gulch from bridge builders and folks who want to destroy the central fields by laying a very wide bike highway across them said, “I’ll be long dead before they build Arana, and I’m planning on living ’til I’m 90”.

CURATOR CAROLYN SWIFT RETIRES. It was just last week or maybe a bit before that Carolyn Swift the director of the Capitola History Museum announced she is retiring. Go check out the museum asap. The current exhibit “Picture This-Capitola-by-the-Sea” is a good chance to see some of the 200 historical photos that’ll be in the Arcadia Picture book which’ll be out around July. They don’t know who’s taking over the museum. I’ll let you know as soon as I do.

GRAVAGO IN LOS GATOS. Barbara Horscraft formerly owner of Gravago has now opened a store on Santa Cruz street in Los Gatos. It’s called Samana
Check it out here….and there too.

CEDAR STREET VIDEO’S 30TH ANNIVERSARY. Sami Abed opened the first of his three locally owned video stores over on Portola Ave. in Live Oak. He’s celebrating 30 years in business this month. In the movies at home business, digitalizing is the next big scare and threat. Sami will weather it. I can say personally that I’ve rented well over a thousand films from his three stores, and he’s got gems that exist nowhere else. Try Cedar Street Video, East Cliff Video and Video 9 in Boulder Creek. Much cheaper than any other rental source.

PATTON’S PROGRAM. Gary talks about Measure T and what’s going to happen to Watsonville if It passed on Tuesday. There’s discussion and news about affordable housing in Salinas. Water news about “Public Water Now” move in Monterey. A big deal re the Planning Commission meeting about developing Ocean Street in Santa Cruz.

LANDAU’S PROGRES. Saul writes, “Home in The United States Permanent War for The Empire”. He says, “This country has officially taken on the rest of the world. As U.S. military units fight, or threaten to fight, alleged foes belonging to jihadist groups most Americans have never heard of, a Defense Department official informed Congress that the Pentagon now considers the whole world as America’s battlefield’. Read all of his article here…

LISA JENSEN LINKS. Lisa writes: “This week at Lisa Jensen Online Express (http://ljo-express.blogspot.com), get ready to welcome the Cultural Council to its new (permanent) home in The Tannery, among other pleasures of this month’s First Friday Art Tour. Also, take an armchair tour of the mysterious doors of Europe with the Inconstant Traveler!” Lisa has been writing film reviews and columns for Good Times since 1975.

WHAT MAISIE KNEW. This heart ripping film is based on Henry James novel. Julienne Moore plays Maisie’s screwed up, unlikable mother, and is a perfect horror. It’s an amazing movie that will grab you in some unexpected ways. Little Onata Aprile who plays Maisie is one of the finest child actors I’ve ever seen. At least 10 stars (out of 5)

IN THE HOUSE.Directed by Francois Ozon means it’s a sensitive, clever deeply absorbing film. A teen age boy manipulates adults and we’ll never know why. It’s in French with subtitles and don’t miss it.

STORIES WE TELL. Actor Sarah Polley directed this documentary, which isn’t like a documentary. It’s about her own mom and dad and the complex questions of the lies we live with, and how we bend the truth to make life bearable. Wonderful, complex and intense. Well worth seeing.

SIGHTSEERS.Veddy British dark humor. Loving but insane couple take a tourist route around England and kill several people. More grimaces than laughs, and it’s still worth seeing because you’ve never seen one like this one.

FRANCES HA.If you watch HBO’s series “The Girls” starring and written by Lena Dunham “Frances Ha” will seem like a sequel. These are not your Woody Allen NYC

funny residents, the Frances Ha 27 year olds are hip, odd, homely, clever, brilliant and non-directed 27 year old teen agers. These characters are an acquired taste. You either dig their point of view and appreciate it as is…or you’ll detest every minute. Go for it.

BLANCANIEVES.Remember “The Artist”? Silent, black and white and a parody of stylized acting???….well, the same goes for Blancanieves. It’s a Spanish film version of Snow White and has the dwarves, poisoned apple, evil stepmother, and lots of bullfighting. Clever, tricky, beautiful…but without soul, even a funny soul.

NOW YOU SEE ME. The late Woody Harrelson, plus Mark Ruffalo, Jesse Eisenberg, and Morgan Freeman try hardto make this “magicians rob a bank” movie into a film worth buying tickets for, especially at today’s box-office prices. The idea is silly, none of these actors can convince anybody that they are magicians. Don’t go.

AFTER EARTH.Speaking of egos, Will Smith was such a box office star he believed he could do no wrong so he and his wife got M. Night Shyamalanto direct Will and his son Jaden in this dull, trite mess. It takes place on earth 1000 years after developer Barry Swenson and Mike Rotkin destroyed our planet with de-Sal plants. There’s no life left on our planet or in this dopey film that got about a 12 on Rotten tomatoes.

HOLDOVERS -WORTH SEEING IN THEATERS

ICEMAN.You couldn’t pick a more looney, crazed cast than Winona Ryder, Ray Liotta and Michael Shannon to tell the story of a real life gang-land killer who “did in” over 100 victims. The movie is excellent, acting is superior, it’s a wonderful film. But, caveat emptor be sure you want to see a film that has a lot of killing. Not a documentary, not a Hitchcock and definitely not a Hollywood sensational exploitation. Michael Shannon’s role as the killer Richard Kuklinski makes Clint Eastwood look like David Terrazas or Ben Stiller.

DISCONNECT. This fromRotten Tomatoes… “Murderball director Henry Alex Rubin explores the destructive potential of the internet in this ensemble drama starring Jason Bateman, Hope Davis, andAlexander Skarsgård”. Many other critics are calling it the best film of the year“…I loved it as well. Complex, perfectly acted, tricky, intelligent, it’s the first real internet drama, no…the first good drama centered on the internet and connections. You can bet it won’t be the last. The editing and plot cuts are absolutely genius and raise the level of film making. You can’t help but think about your emails, your privacy, and your relationships.

MUD.Mathew McConaughey has never been better than he is inMud. So are the two kids who lead and steal the film from vets like Sam Shepard and Reese Witherspoon. It’s a fine film, with a story that doesn’t stop about life in Arkansas along the Mississippi. Kids coming of age, adults living a very tough life, and the music, the photography all make it one of my favorite films of the year. Just go see it.

KON TIKI.I saw this one about 25 minutes after seeing Star Trek. It’s amazingly similar. A bunch of guys floating around not knowing what dangers are ahead…and joking and fighting about it. AND it’s a fine film. Not a documentary, all acting and halfway remembering the documentary back around 1947 when he made the 101 day voyage. See it, you’ll like it. No character development, no depth (ha!) but good fun.

THE COMPANY YOU KEEP. What a castJackie Evancho (don’t worry she doesn’t sing…but she acts like it!) plays Robert Redford’s youngest daughter. Julie Christie and Redford fight in a botox battle, Susan Sarandon has just a little part, and every other Hollywood democrat liberal you’ve heard of is in it too. AND it’s a fine Hollywood film. Full of just enough ethics, politics, facts and fiction to make it a fine film.

NATIONAL THEATRE LIVE GET TOGETHERS.Make plans now to see Helen Mirren as The Queen in London’s National Theatre Live telecast Sunday morning June 16 at 10:30 a.m. Santa Cruz audiences are growing fast for these theatrical treats. On 6/16 the Osher Lifelong learners group will be attending this screening…join them for some entertaining discussions before, during and after the telecast at the Del Mar. .

On June 4th Davis Banta & April Bennett talk about SideReal Theatre followed by Land Use attorney Gary Patton giving us the entire history of local water and the De-Sal issue. On June 11th The Winners of Bookshop Santa Cruz’s Short Story Contest read their stories. County Supervisor Neal Coonerty’s 7th annual Grapevine Birthday appearance occurs on June 25th. Assemblyman Mark Stone will be on July 2 bringing us up to date on Sacramento. Anita Monga from the San Francisco Silent Film Festival follows Mark that night. On July 9 Ellen Primack talks about The Cabrillo Festival of Contemporary Music, then Carolyn Swift talks about the brand new Capitola Picture book by Arcadia.. Audrey Stanley talks about Shakespeare Santa Cruz season on July 16. Do remember, any and all suggestions for future programs are more than welcome so tune in, and keep listening. Email me always (and only) at bratton@cruzio.com 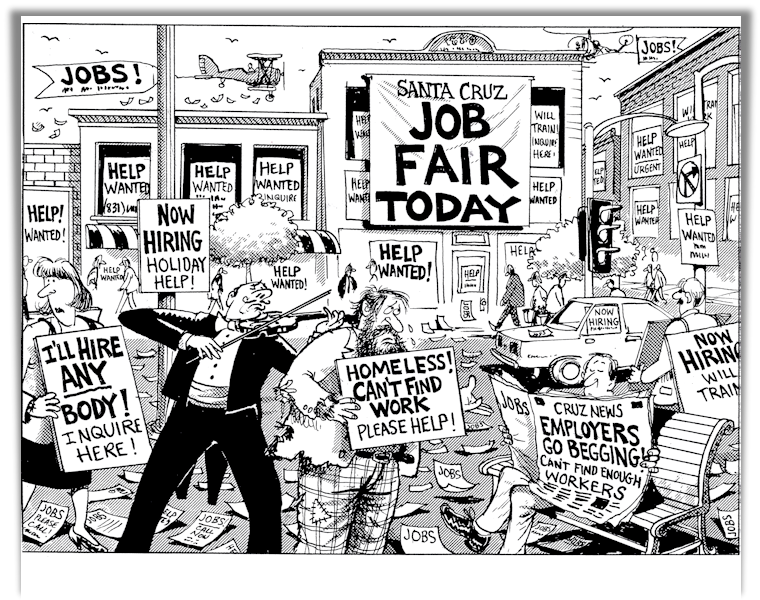 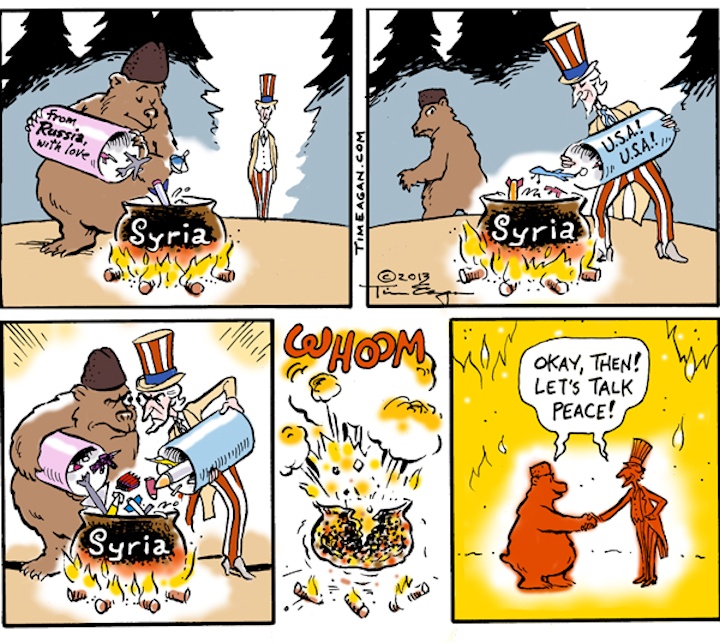