RIGHT TO VOTE ON DESAL COALITION.It’s too bad they were forced to do all the hard work they did, but those intrepid warriors/volunteers actually did collect “over2003 petitions with 8717 signatures, of which 5442 need to be verified as signatures from registered voters”. Too bad, because we can’t depend on our elected representatives to represent us.

Now, according to a late breaking email, Peak Water, Surfers’ Environmental Alliance, and Save the Waves Coalition have joined the Coalition. The Sierra Club, WILPF, The Surfrider Foundation and Peakwater.org already joined and remain supporters, so you know that something good is going on. See video on the right

just to catch up on what’s going on. More than that, you can go to http://voteondesalsc.org and get involved in this historic people movement to protect the environment.

JUNE 5 VOTING DAY. Ask Bruce McPherson, or any of the people you know who are democrats what’s the difference between him and Mitt Romney? Then ask if they’d vote for Mitt Romney?? Rich, 1%, bank owner, mansion in Pasatiempo…and what worries me most is…and are the Republicans he’ll appoint IF elected. Vote for Eric Hammer. Be sure to vote for John Leopold and Zach Friend too. Both are dedicated, highly principled, and care about us than what future office they might seek later. Mark Stone and Bill Monning are two of the most honest, caring and loyal politicians I have ever known…we’re lucky to have them, vote for them. Vote Yes on I & J for better schools and Vote Yes on 28 to limit terms in office (Common Cause, League of Women Voters say Yes too. Vote Yes on 29 to add $1 tax on cigarettes. Daughter Hillary tells me that in New York cigarettes sell for about $10 per pack….why not here???

PATTON’S PROGRAM. Gary points out that this is a big week…Land Use-Wise he says, “Wednesday, by the way, is an especially big day. On Wednesday, the Santa Cruz County Local Agency Formation Commission, or LAFCO, is scheduled to consider the applications of the City of Santa Cruz and the University of California at Santa Cruz. The City and UCSC want LAFCO to approve an extension of the City’s highly stressed water supplies to the UCSC North Campus, to permit the construction of over 3,000,000 square feet of new buildings. Both the City and UCSC have threatened to sue LAFCO, if things don’t go just the way they want. I represent the Community Water Coalition, which is deeply involved in the controversy, so I do have a dog in this fight. You’re invited to come watch and participate. The LAFCO meeting begins at 10:00 am on Wednesday morning”. (Gary Patton is “Of Counsel” to the Santa Cruz law firm of Wittwer & Parkin, which specializes in land use and environmental law. The opinions expressed are Mr. Patton’s. Gary has his own website, “Two Worlds / 365” – www.gapatton.net)

EAGANS DEEP COVER. Tim gives out wisdom on Vindication and waiting…see below.

LANDAU’S PROGRES. Saul calls it “Five Decades of Inanity and Still Going Strong“. He writes, “In 1991, The Soviet Union disappeared. Washington changed its anti-Cuba rhetoric from Cold War to human rights. But one issue remains: a U.S. economic colony that broke loose in 1959 still refuses to surrender. The “punish Cuba” policy, now 53, has grown gray and became downright inane in the 1980s when Reagan transferred day-to-day Cuba policy to right wing Cuban-Americans in Miami – except, of course, when periodic crises erupted. But underneath this apparent idiocy lies a more pernicious absurdity. In May, for example, the State Department rejected visa requests from eleven Cuban scholars, also advocates for improved relations between Cuba and the United States. Scores of other Cubans obtained their visas to attend the Latin American Studies Association meeting in San Francisco. Read the rest here…

LISA JENSEN LINKS. (http://ljo-express.blogspot.com/), Lisa giddily declares “L. Jensen Links will be on hiatus for two weeks while Art Boy and I go on pilgrimage to the Old World. Check back at the end of the month for all the arts and entertainment news that fits.” Lisa has been writing film reviews and columns for Good Times since 1975.

MOONRISE KINGDOM. Only genuine fans of Wes Anderson films will like this one. He directed Rushmore, The Darjeeling Limited, The Life Aquatic, The Royal Tenenbaums and Fantastic Mr. Fox. All of them are not quite real. They are staged versions, almost like pasted together dreams of incidents in lives of very unusual people. Bruce Willis stars in Moonrise and is closer to reality than any other actor. Tilda Swinton, Edward Norton, and as usualin an Anderson film, Bill Murray play caricatures of real people. It’s Anderson’s way of making films, and it’s tough to grasp…if you do grasp his style you’ll love Moonrise. Otherwise just like Boys Scouts say, “Be Prepared”.

SNOW WHITE AND “THE HUN”. That was the abbreviation at S.F’s Metreon theatre where we saw Moonrise Kingdom last Sunday. Snow White and the Hun would have been better than the S.W. & The Huntsman. Charlize Cheron was just fine doing the material they gave her but that toothy vampire Kristen Stewart still can’t act, and she has bad teeth! Knuckle-dragging Chris Hemsworth works at playing the Huntsman. But to see Bob Hoskins and Ian McShane digitally shrunk to dwarves is almost, but not really worth the admission. Yet, some of the story and imagery aren’t too bad.

MEN IN BLACK III. Josh Brolin makes a good Tommy Lee Jones and the always wonderful Emma Thompson must have need the money to be in this second rip-off from the first MIB film which had some moments of cleverness and invention. There are no new thoughts in this one and Will Smith and Tommy Lee Jones just walked through the film and collected enormous and obscene salaries. To be honest, I cried at the end!!!

HOSTETTER’S HOT STUFF.Paul’s latest email (6/02/12) states…” I said my last notice would be my last for awhile, but that was the last notice. This time I mean it – nothing else until I’m back in the saddle after some little journeys. Starting today, there are things happening all over: Little Women – UCSC opera The opening of the Tannery Creative Arts Center in SC And very soon: Djangofest in Mill Valley, great lineup this year for a very sweet event. New Music Works Avant Garden Party, Grisman and Vignola, Rodney Crowell and Mary Karr. And on and on for awhile, see this link.

Also, don’t forget about that house concert I mentioned awhile back: in collaboration with the Monterey Bay Celtic Society, Patria and Geoff Brown invite you to a house concert with Master Piper, Fiddler, Storyteller Kevin Carr performing Sunday June 10th at 7:00 pm at a home in Bonny Doon. Contact Geoff Brown <geoffbrown AT outinthewoods DOT com> or 831-247-1365 for reservations for that. And since I’ll be missing most of this, please let me know if you went, and what you thought. Have a great beginning of summer! Ph.

UNIVERSAL GRAPEVINE. Each and every Tuesday from 7:00-8:00 p.m. I host Universal Grapevine on KZSC 88.1 fm. or on your computer (live only, or sometimes old programs are archived…(see next paragraph) and go to WWW.KZSC.ORG. Zachary Caple talks about Teaching The Forest at UCSC, LAFCO, and saving the upper campus on June 5th after that Attorney Bob Taren talks about early results from that very day of voting. Supervisor Neal Coonerty helps me celebrate 6 years of Grapevine on June 12 and author Jon Young visits to tell about his new book “What the Robin Knows“. Winners from Bookshop Santa Cruz read their works on June 19th. Bubble Man Tom Noddy tries radio bubbles on July 3. Dr. Rosalind Shorenstein discusses women’s medicine on July 17th. Do remember, any and all suggestions for future programs are more than welcome so tune in, and keep listening. Email me always at bratton@cruzio.com

QUOTES. “Just because everything is different doesn’t mean anything has changed”, Oracle. “All quotations are good, only people are bad”, Susan Sontag.”The Opposite of a profound truth may well be another profound truth”, Niels Bohr 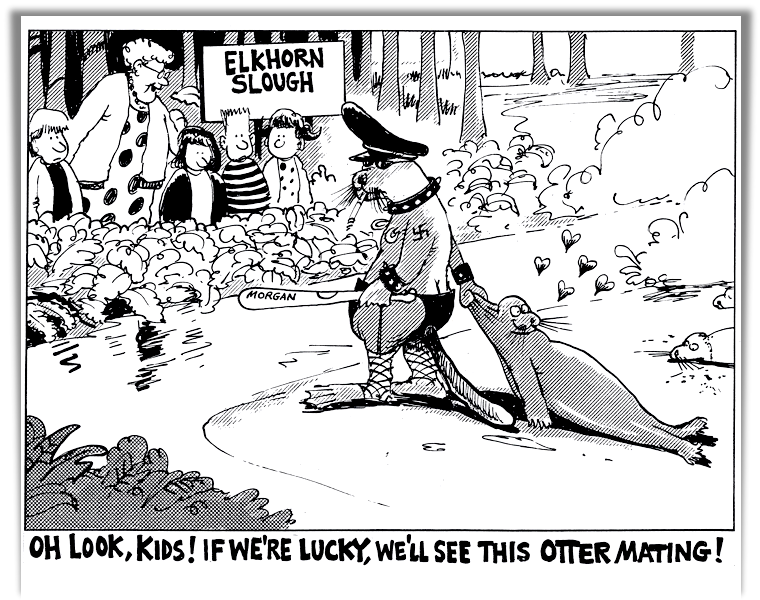 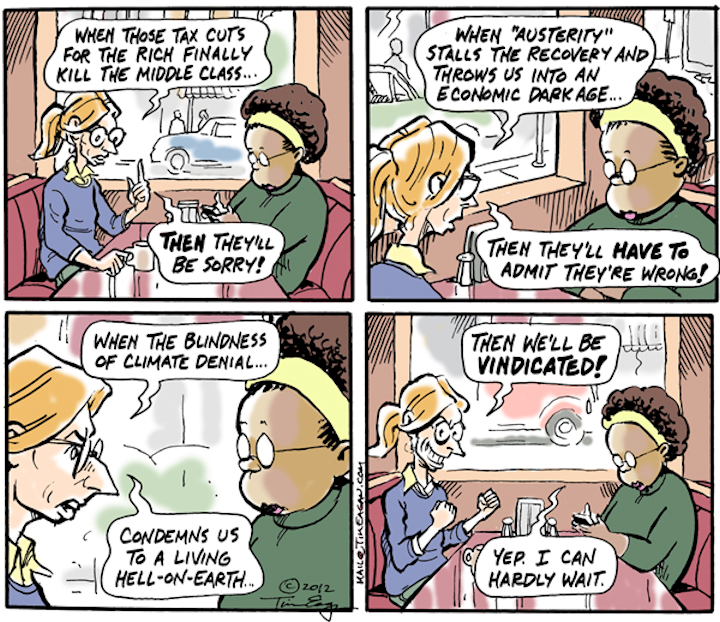