SWANTON ROAD REVISITED. Sandy Lydon has been leading tours around local sites for decades. Friday night and Saturday afternoon I was part of his Secret History of Swanton Road Tour. About 40 folks filled all available spaces and we gathered an awful lot of history, art and culture together in those few hours. Having lived on Swanton Road for around 13 years I’d gathered some pretty wild stories. Stories involving Marilyn Monroe, Ishi, Clark Kerr, Ed Abbey, Ray Bolger, Chris Mathews, Bill Everson, Lynn Robinson, Jim Houston, Morton Marcus, Orchard Supply Hardware, 1915 Pan Pacific Exposition, Graham Nash, early Indian middens, Charlie Canfield, Daniel Rhodes, Page Stegner, and of course Scott Creek and Big Creek Potteries. You should have been there. Check out Sandy’s website to find out about his next available tour, you won’t forgot it. There’s one almost every weekend in the summer. http://www.sandylydon.com

EXIT INTERNATIONAL. I tried to copy all of this from their last email…

With a background in medicine, pharmacology, and organic chemistry, Dr Ted will be able to answer your end of life questions. Simply post them on the Peaceful Pill eForum:
http://www.peacefulpillhandbook.com/forum/
As an example, an Exit member recently asked how they could reconstitute Chinese powdered Nembutal, given that they had heard that pentobarbital was almost insoluble in water.
Dr Ted’s answer: The product from China is the soluble salt – “sodium pentobarbital” CAS No# 57-33-0 It dissolves readily in water, decomposes before melting. Store in a tightly sealed container (minimal air) or vacuum seal, dark place <20C
Administration is as simple as dissolving 10gm or more in ~ 50ml of water and drinking the clear liquid Sleep will follow in a few minutes – death shortly thereafter.
It is usual (but not essential) to take an antiemetic like metoclopramide beforehand to reduce the chance of vomiting. The ‘Mexican’ or ‘veterinary’ form of the drug is a solution of sodium pentobarbital in 100ml bottles at 60mg/ml i.e. in each bottle is 6gm of sodium pentobarbital. Here the liquid in the bottles is simply drunk. One bottle is sufficient, but many take x2 ie 12gm.
The ‘crystalline form’ or ‘acidic form’ is “pentobarbital” CAS No# 76-74-4
It is practically insoluble in water and has a melting point of 133C
This is not the form to take for a peaceful death!

GONE WITH THE PAPERS. Pat Matecjek sent this piece from Truthdig by Chris Hedges…“Newsrooms today are anemic and forlorn wastelands. I was recently in the newsroom at The Philadelphia Inquirer, and patches of the floor, also the size of a city block, were open space or given over to rows of empty desks. These institutions are going the way of the massive rotary presses that lurked like undersea monsters in the bowels of newspaper buildings, roaring to life at night. The heavily oiled behemoths, the ones that spat out sheets of newsprint at lightning speed, once empowered and enriched newspaper publishers who for a few lucrative decades held a monopoly on connecting sellers with buyers. Now that that monopoly is gone, now that the sellers no long need newsprint to reach buyers, the fortunes of newspapers are declining as fast as the page counts of daily news sheets. Read all of it here and weep. Especially his last paragraph.

MONITOR MASTERPIECES – ASCII ART.. If you put your colon right next to your comma or your exclamation point between somebody else’s parentheses you can make art. Scroll down to last week’s column and note the “Rose” made from online punctuation. I asked if anyone had any other examples. Of course Welles Goodrich did, and he sent us this note… “About that Birthday Rose. It’s ASCII Art. Click on this first link http://en.wikipedia.org/wiki/Ascii_Art to read that…” ASCII art is a graphic design technique that uses computers for presentation and consists of pictures pieced together from the 95 printable (from a total of 128) characters defined by the ASCII Standard from 1963 and ASCII compliant character sets with proprietary extended characters (beyond the 128 characters of standard 7-bit ASCII). Welles continues…” Here is one of my favorite examples… Cheers! Welles

BUT WAIT!!!That eagle is nothing compared to these portraits…

PATTON’S PROGRAM. Gary works hard on land use issues this week he adds..

He also talks about Monterey wanting to build second houses without public hearings. Then he talks about Economic Development Admin. EDA funding. Be sure to check out Santa Monica’s “Sustainability Bill of Rights”. (Gary Patton is “Of Counsel” to the Santa Cruz law firm of Wittwer & Parkin, which specializes in land use and environmental law. The opinions expressed are Mr. Patton’s. Gary has his own website, “Two Worlds / 365” – www.gapatton.net )

EAGANS DEEP COVER. Tim gives us a look at 2035…whether we like it or not !!!scroll below

LANDAU’S PROGRES. Saul writes in his article titled, “Picture President Gingrich”, “The world’s people face transcendent issues: climate change (tornadoes, tsunamis, droughts, hurricanes), seemingly endless wars in Asia and Africa, mass uprisings, growing world hunger – and the ever present nuclear (weapons and power) threat. Given those overwhelming issues one would expect leaders to arise: wise and far-sighted men and women who would articulate and then pose the themes so citizens could respond to proposed remedies. Examine aspiring Republicans who convened last week in Minnesota to present themselves to Party activists. Newt Gingrich’s staff had just quit his campaign en masse as he sailed off on a cruise of the Greek Islands with his exotic wife – she needed to get away. He responded to her need rather than the nuts and bolts of campaigning, said his staff. He said he needed “to think.” .” The rest of it is here… Saul Landau is an Institute for Policy Studies fellow whose films are on DVD from roundworldproductions@gmail.com

LISA JENSEN LINKS. Lisa emails…”Summer’s here, but before you hit the road, check out Lisa Jensen Online Express (http://ljo-express.blogspot.com/), for some packing and wardrobe tips from the Inconstant Traveler (that’s me!) Also, big kudos to Cabrillo Stage in their 30th Anniversary season; their audacious new production of The Full Monty delivers the goods. Lisa Jensen has been writing film reviews and a column for Good Times since 1975.

BEGINNERS. Ewan McGregor plays the very cute son of out-of- the- closet dad Christopher Plummer. They have a thinking dog which you probably saw in the trailers. The film has plenty of solid and clever laughs and is about as real deep or profound as The Kids Are Alright or Tree of Life…if you catch my drift.

SUBMARINE. Quirkywell written, perfectly directedWelsh semi-dark comedy about a dysfunctional family. Sally Hawkins is in it but plays against her earlier screen roles …and it works. She’s one of my favorite actors. Whatever you do, see this film asap.

BRIDESMAIDS. More than a few friends have asked me about Bridesmaids saying how much they liked it…I want to emphasize that I really liked this film too, and critiqued it weeks ago. Do see it if at all possible.

POLITICAL POTLUCK PICNIC PLANNED. Enjoy a picnic and politics at a Gathering of Progressives – 1:00 – 4:00pm July 10. Learn what other political progressive activists are doing and how you can be part of the action – find your niche at the level of involvement you prefer. Share a potluck picnic – bring a dish to share, your plate and utensils, your own drinks (no alcohol in SC County Parks but WILPF will provide filtered water), BBQ on site – we’ll provide charcoal. We’ll have musical entertainment with a political beat. So bring your voice to sing along and musical instruments to join the fun. All ages welcome. To reserve an information table for your organization: scmoveon@earthlink.net It’ll all happen on the Redwood Deck at Highlands Park in Ben Lomond (off Highway 9 between Felton and Ben Lomond.

During July, photographs by local artists Tom Bullock and Virginia Draper are on display at Louden (London) Nelson Community Center, Santa Cruz. Bullock’s expansive, awe-inspiring images depict “Stones of Ages Past” from his travels to distant lands. In “By the Coast,” Draper makes the familiar strange with her unpredictable Holga camera and by pairing found objects with landscapes of Natural Bridges State Beach. Located at 301 Center Street, the Center is open Monday-Saturday, 9 AM-9 PM. Free admission. Wheelchair accessible. All welcome to the First Friday Art Tour reception, July 1, 6-8 PM. More info: 471-9395.

UNIVERSAL GRAPEVINE. Each and every Tuesday from 7:00-8:00 p.m. I host Universal Grapevine on KZSC 88.1 fm. or on your computer (live only, or sometimes old programs are on “blog”) at WWW.KZSC.ORG. I’ll be in San Francisco for Wagner’s Ring Cycle on June 28, so it’ll be a re-play of Grey Hayes discussing his take on wetlands and land use problems, followed by UCSC’s Winifred Frick talking about bats. Ellen Primack details this year’s Cabrillo Festival of Contemporary Music on July 5th followed by a return of Anita Monga of the now legendary San Francisco Silent Film Festival. Shary Farr (of the Carmel Farr family) talks about elders, death, dying and positive preparation on July 12 after that author, historian, Geoffrey Dunn will tell us all about “The LIES of Sarah Palin”, (his newest book) and her latest breaking news. Michael Warren will give us an in depth Shakespeare Santa Cruz preview on July 19 and Sue Heinz will return to tell us even more about Tarot, The Qabalah, and of course astrology on that same program. July 26 has Sean Van Sommeran talking about our shark neighbors. Any and all suggestions for future programs are more than welcome so tune in and keep listening.

“Whenever I feel like exercise I lie down until the feeling passes“,R.M.Hutchins. “If it’s not one thing, it’s two”, James Ledford. “I have never killed a man, but I have read many obituaries with a lot of pleasure”, Clarence Darrow 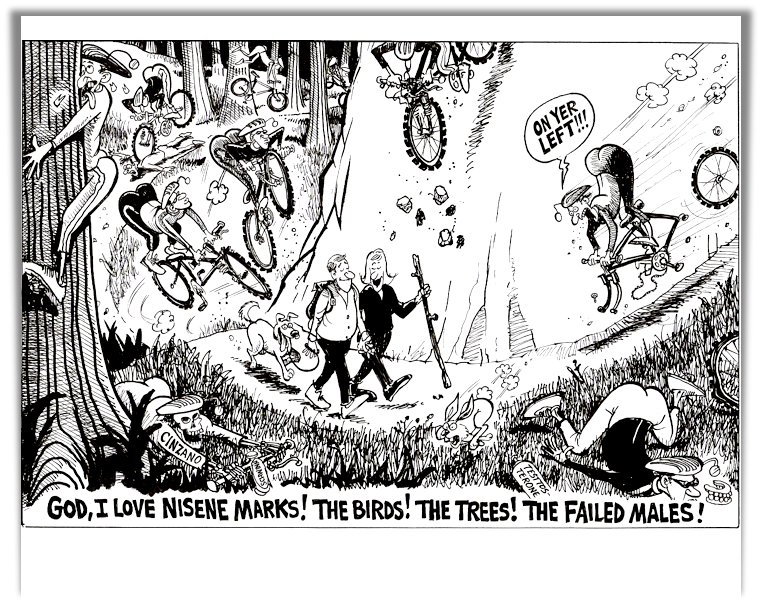 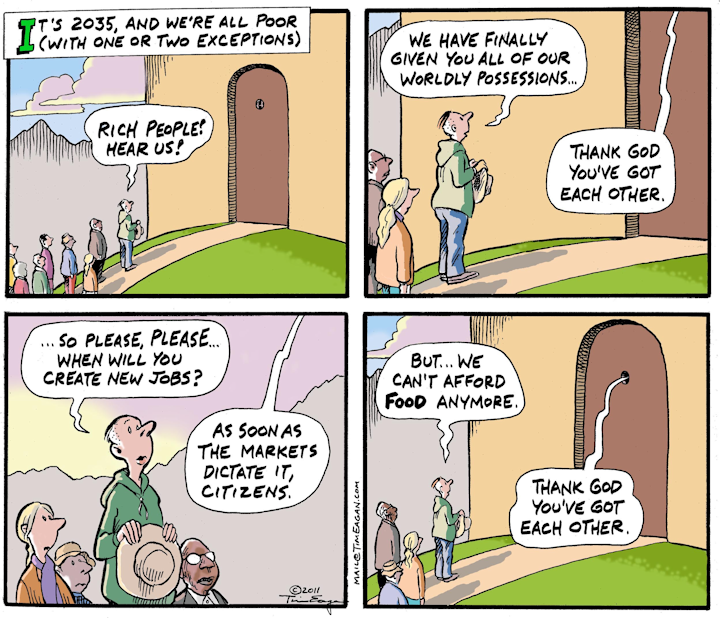