BRUCE McPHERSON SWITCHING BACK? It’s definitely a rumor that Bruce McPherson will switch back to the Republican Party after the election. The entire BrattonOnline brigade of fact checkers searched every nook and cranny and could find no truth to his switching back rumor…it’s just an awful lot of talk, that’s all. We also couldn’t find out if he’s ripped up his autographed photo of Arnold Schwarzenegger.

DE SAL ALTERNATIVES, UPDATE. Their website keeps getting better and better. News, ideas, events…it’s all there. Just in case you feel like you still don’t understand what it’s all about, go here. Then you’ll know.

CABRILLO FESTIVAL NEEDS HOUSING. This is what they said in their last week’s bulletin…

We’re just weeks away and we don’t want a lack of housing to strike the Cabrillo Festival. We need your help! We’re looking for several new hosts! If you’ve never hosted before, housing coordinator Valerie Hayes will be happy to discuss the great rewards and easy details of hosting for the Festival! Valerie can be reached by email or phone: valerie@cabrillomusic.org | 831.227.7466 . Please help us at this critical time by joining the 75+ wonderful families who support us in this incredibly valuable and rewarding way! Please call or email today! Ask a friend, or join the list for future years. THANK YOU!” Many new friends have been made this way over the last 49 years, it’s an integral part of the Festival. And don’t forget the free and open to the public rehearsals at the Civic.

SANTA CRUZ 11 FUND RAISER. There’s going to be a fundraiser for the SC11 & Desiree Foster at INDIA JOZE starring RICK WALKER & TOM NODDY. The Santa Cruz Eleven are local community members who have been charged with an unprecedented variety of offenses arising from their alleged involvement with the occupation of a long-time vacant bank building late last fall, 2011.These defendants are either journalists, members of our local press, and/or activists supportive of the Occupy
movement. The Santa Cruz Eleven defendants were participating in constitutionally protected activities either as news gatherers, observers, or as supporters, including a mediator between police and activists inside the occupied building. Hundreds of individuals, if not more, entered and exited the bank building during the 75-hour occupation, including local elected officials, corporate press and “citizen journalist” bloggers. Only the Santa Cruz Eleven have been charged, scape-goating those few who’re recognizable to police who never conducted an investigation of who actually broke into and/or damaged the building. http://santacruzeleven.org/about/

India Joze and the co-defendants are hosting this community gathering to bring awareness to the SC11 and to help out Desire Foster who is experiencing financial hardships. Grant Wilson says “Desiree Foster is the youngest person (of the SC-11) charged with 2 Felonies she’s 19 yrs old. She has been caring for her mother – diagnosed with a serious form of cancer. If that wasn’t enough trauma for a 19 year old, in early February, without any advance notice, Desiree was arrested in her mother’s home, handcuffed, taken to jail & later released on $5000 bail. As a result, Desiree tried unsuccessfully, to commit suicide. Once again, it makes me deeply question the ethics & motives of District Attorney Bob Lee. You would think that a good District Attorney, anywhere in the country, would be focused on confronting and reducing suffering and crime in their community. But, in this situation, it seems as though there’s a serious miscarriage of justice. Our DA is, in fact, causing suffering! The event happens Sunday July 1st 3pm – 6pm at India Joze 418 Front St. Santa Cruz, CA

THE RIVER STREET SIGN, SOME MORE. From this week’s “Email Bag”. Dear BrattonOnline, you rock! Thanks for your love and service to our community!! The sign at river street could be turned in to a boat and an out board engine put on the keel with the Mercury out board engine company sending money every year! That’s my two cents. moose mitchell. Good ol’ Moose, always there when you need him, thanks moose!!

PATTON’S PROGRAM. Gary talks about LAFCO quite often. This week he says, “Will the City of Santa Cruz be allowed to expand its water service to facilitate UCSC expansion? The Santa Cruz County LAFCO will decide that question. Will the Aromas Water District be allowed to expand its service boundaries by approximately 1,700 acres in North Monterey County? The Monterey County LAFCO will decide that. In fact, the Monterey County LAFCO is making that decision Monday afternoon, at 4:00 o’clock. The idea is to provide a more reliable water supply for North Monterey County, in areas where groundwater wells are failing. You can get the full story here, along with the rest of his scripts including what the U2 guitarist wants to do to Malibu….

ANCHOR IN ANTARCTICA. Micaela Neus writes direct from Palmer Station in Antarctica…”Nothing beats eating leftovers for lunch, especially when they come from a celebration feast like we had for Midwinter Dinner. Since the earliest expeditions, crews have observed the Winter Solstice as the turning point in the long polar night. On this evening, we take a moment to toast one another and our work as well as recognize our comrades at other stations scattered across the continent. At the same time, we know that the days will grow longer and we can look forward to the return of the summer crew, fresh foods, and our passage home again.

This uniquely Antarctica holiday has been observed by every winter-over crew in history– except possibly the first! In 1897, Belgium sent a ship south to explore the Antarctic Peninsula in search of new whaling and seal-hunting grounds. The Belgica Expedition got trapped in the ice (perhaps intentionally) and spent the next two years stuck off-shore not far from modern-day Palmer Station. Without any example to follow, they didn’t fully appreciate the length and intensity of winter in Antarctica. A sizable portion of the crew lacked the proper warm clothes, got scurvy, and gradually fell into insanity. Oops!

They recovered, mostly, and expeditions gave crew morale more serious consideration. Consequently, Midwinter Dinner emerged as a moment to honor the time spent on ice while appreciating the desire to go home. I don’t know of another place where this mix of emotions requires a ritual recognition.

Each station does develop its own customs and traditions around the day, naturally, but the most significant and almost universally observed is the Midwinter Plunge. The shock of the cold water clears the mind and I always climb out feeling psychologically reborn. Other crews must feel the same because even land-locked bases “streak around station” to honor the day. I particularly cherish the sense of solidarity and high spirits that follow the Midwinter Plunge. We’re here, achingly alive, together… and we’re all going to the hot tub”.

EAGANS DEEP COVER. Eagan ruminates on Romney…page down about 3 pages.

LANDAU’S PROGRES. Saul wrote, « Washington & Damascus” in Progreso Weekly. He states…”Syria has become dangerous. Syrians get killed and wounded almost daily. Their neighbors have also felt the impacts of violence: refugees in Turkey and outbreaks of fighting in Tripoli’s streets in Lebanon where peace depends on a nuanced arrangement between Christians and Sunni and Shia Muslims. Northern Iraqi Kurds share with Syrian Kurds the “statehood” ideal that has periodically shaken the region and provoked Turkey to use heavy military force. Jordan and Israel watch uneasily as scores of armed, rebel units do urban guerrilla warfare. Patrick Seale reports, “jihadis, armed Islamic extremists, have crossed into Syria from neighboring countries – and also from Kuwait, Tunisia, Algeria and Pakistan. …Rebel groups conduct ambushes, attack check-points, destroy public property, kill government troops – about 250 were killed in ten days in late May and early June. They also kidnap, rape and slaughter pro-regime civilians,” and easily sell the “Asad did it” line to U.S. media”. Read the rest here…

LISA JENSEN LINKS: Lisa is back from Vienna and Prague and writes: “This week at Lisa Jensen Online Express (http://ljo-express.blogspot.com/), get ready for the next wave of big summer movies, relive your favorite Robin Hood fantasies as archery makes a comeback onscreen, find out why the latest Snow White movie isn’t nearly as bad as you feared—and more!” Lisa has been writing film reviews and columns for Good Times since 1975.

ABRAHAM LINCOLN VAMPIRE HUNTER. After much deliberating …my complete review is as follows…”Abraham Lincoln Vampire Hunter is exactly like you think it is”. End of review, except it’s in black and white AND 3D.

SEEKING A FRIEND FOR THE END OF THE WORLD. Steve Carrel and Keira Knightly don’t really make a believable couple to face the end of the world with, or as. The old end of the world plot could, and should be, a never ending source of great dramas and comedies…this is neither, but it’s minimally cute.

SAFETY NOT GUARANTEED. It has a just crazy and kinky enough plot to keep you interested, but not much more. It never really grabs you like it should. It’s either about paranoia or it’s about time travel, one or the other. As mentioned, you will stay alert though most of it, but you’ll forget it after leaving the theatre.

LAND OF THE MEDICINE BUDDHA. I used to bartend at this place when it was The Greenwood Lodge up the long Prescott Road in Soquel. Area Democrats used the lodge for numerous fundraisers. I’ve been up there a lot in recent months attending Buddhist-Mindfulness talks, it’s worth seeing. Especially this Saturday June 30th. They’re having Medicine Buddha Festival Day…a once per year festival. Music, art, healing, tours, plus some guaranteed unique surprises…go here to see their entire day which only goes from 10am- 5 p.m.

UNIVERSAL GRAPEVINE. Each and every Tuesday from 7:00-8:00 p.m. I host Universal Grapevine on KZSC 88.1 fm. or on your computer (live only, or sometimes old programs are archived…(see next paragraph) and go to WWW.KZSC.ORG. Historian and author Frank Perry guests on June 26 to talk about his new book “Notes From Santa Cruz” the musical history of our town from the 1800’s to 1970.Following Frank will be activist and environmentalist Pat Matejcek. Bubble Man Tom Noddy tries radio bubbles on July 3 followed by Anita Monga, artistic director of San Francisco’s Silent Film Festival who’ll reveal the best bets for the 7/12- 7/15 Fest. Nikki “Kitchen” Silva guests on July 10 talking about “The Hidden World of Girls” after which Michael Warren discusses this years’ annual Shakespeare Santa Cruz plays. Dr. Rosalind Shorenstein discusses women’s medicine on July 17th. She’s followed by Executive Director Ellen Primack who will talk about the many features of this years’ 50th annual Cabrillo Festival of Contemporary Music. July 24th I’ll play the (delayed due to technical difficulties) Bookshop Santa Cruz Short Story Contest 3 Top Winners. Do remember, any and all suggestions for future programs are more than welcome so tune in, and keep listening. Email me always at bratton@cruzio.com

QUOTES. “Each beast creates its god, all gods are dream, all dreams are free“, Lenore Kandel. “The creator is his own creation…“,Le Roi Jones. “If you think you’re free, there’s no escape possible”, Baba Ram Dass. 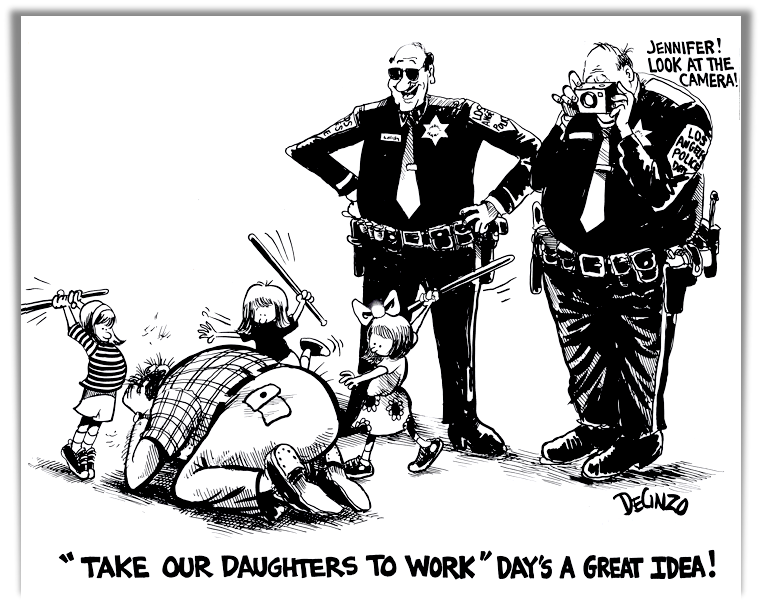 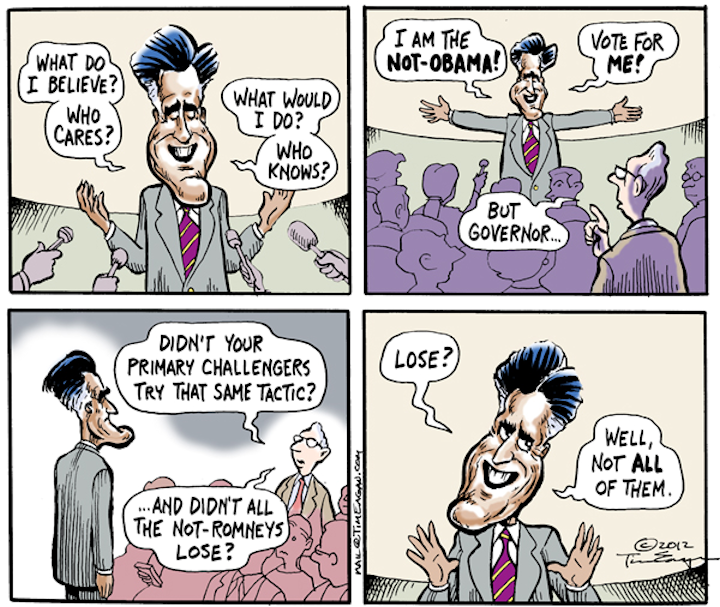