WHERE’S THE MORGUE? Speaking of Universal Grapevine… Sheriff Phil Wowak was my guest a few weeks ago. In researching for the show I realized our Sheriff is also our County coroner. So I asked him (I didn’t know) if we have a morgue? If so where is it? Since hearing his answer I’ve asked several friends….no one knew about any local morgue….do you know about any local morgue?

THE RED BALL OF MAH. You know that big Red Ball next to the huge M at the corner of Front and Cooper right by Octagon Lulu’s??? The logo for MAH??? I learned last Saturday that graphic artist Jim Faris designed it. Jim is the son of Jim and Paula Faris, they’ll be on Universal Grapevine next Tuesday talking about their film and early TV work at MGM, Paramount and assorted Hollywood institutions.

ABBOTT SQUARE , SAME OLD, SAME OLD. Whatever grant it was that MAH applied for to revivify Abbott Square isn’t happening. Plans to create a spouting play around fountain and to add a deck around the Octagon Lulu’s aren’t occurring either. Nor will plots to make Cooper Street a pedestrian walk-around space happen. Geez!!!

DOG LEASH LAWS. County Supervisor John Leopold reports that the reaction to our local dog-leash laws has been catastrophic ;-). He said that the letters and emails on just this one topic have been way more than the total responses on gun laws, homeless or pot stores combined.

POLICE AND PACIFIC AVENUE MOTORCYCLES. Considering all the complaints about how offensive panhandling is why doesn’t our City Council direct the Santa Cruz police to ticket those really offensive non-muffled motorcyclists that roar up Pacific…especially on weekends when the tourists are here. Why don’t they ticket that stand up tubbo on the 2 wheeled scooter with the phoney chromed twisted exhaust pipe? These deviants create far more pollutants and bad vibes than any panhandlers. Lets see some action here…this is a decades old problem. Out City Council has never addressed it.

ESPRESSO BOOK MACHINE LEAVING TOWN. Somebody’s plans changed and after printing over 6,000 books that Espresso Book Machine is leaving Bookshop Santa Cruz pretty soon. The Bookshop has already developed new publishing techniques and facilities for author patrons to replace even more than what the machine offered.

VETS BACK INTO HALL IN SEPTEMBER. Word on the streets has it that our local veterans will be moving back into the restored Vet’s hall in September. That may not qualify as a scoop, we’ll see.

And you need the PDC!

The progressive wing of the Democratic Party in Santa Cruz County

PATTON’S PROGRAM. Gary talks about celebrating the Carmel River. He gives details on a tour this Thursday of the Cemex property above Davenport. Then he talks about a Public Water meeting in Monterey where the water is owned by CalAm. Read all of above at Gary’s KUSP Land Use scripts

VINTAGE DE CINZO. DeCinzo show dogged determination to arrive at the truth about our community….scroll below…

LISA JENSEN LINKS. Lisa writes: “What’s the deal with the Man of Steel? Read all about the good, the bad, and the ugly in the new Superman movie this week at Lisa Jensen Online Express (http://ljo-express.blogspot.com)” Lisa has been writing film reviews and columns for Good Times since 1975.

SUPERMAN (MAN OF STEEL). Super hero films can really only be critiqued by comparing them to other super hero films. It’s a special genre. The plots, the acting, the visuals, direction, editing etc. are like no other film types. This Superman is not funny, no cutesy Clark Kent-“changing in a phone booth” stuff. No funny Gene Hackman or Marlon Brando villain/dad figures. Man of Steel starts and ends dark. Henry Cavill makes a great Superman. The rest of the cast is strange. Kevin Costner and Diane Ladd as Supe’s earth parents, Laurence Fishburne as Perry White!!, Russell Crowe as Jor-el ??? And of course Michael Shannon as General Zod. Don’t pay extra for 3D glasses there aren’t that many special effects. Plus we learn that the “S” on Supe’s shirt doesn’t stand for Superman it stands for hope. I could go on for pages talking about the religious stuff in this film. Like Clark in church praying with a background shot of Jesus kneeling before he was crucified, etc, etc. Go see it (big screen only) and only if you really like superhero films.

SHADOW DANCER. It’s the British Government fighting the I.R.A We see flashes back to the 70’s then family loyalty, oppression, killing, secrets, and trust. It’s all about family and trust, and The Irish versus the Brits. Clive Owen is great as the Brit agent and we can only imagine a civil war like this one. Go see it, and hurry it won’t last long.

EAST. Secret intelligence people, huge pharmaceutical corporations, dumping bad products on the market, Occupy-like groups trying to stop all of this. Ellen Page (not so cute anymore) and Patricia Clarkson are in it. I got lost in all the ethical details, couldn’t figure where the plot was going, and didn’t care much. Tricky and intricate, go see it IF you’ve seen all the better films out and around.

BEFORE MIDNIGHT. I definitely see too many action films. About 30 minutes into this part 3 of this Julie Delpy-Ethan Hawke piece of precious, boring fluff I was hoping Hawke would shoot Julie Delpy right between the eyes, or at least cut her throat so she couldn’t talk anymore.( Speaking cinematically of course). All the two of them do in this tedious, meaningless, piece of tripe is argue…and not well either. If you’ve seen their previous junk… Before Sunrise, Before Sunset or 2 Days in New York and 2 Days in Paris, you know what I mean. Besides that Julie Delpy is even worse when she’s topless. And she’s topless a lot in this Midnight flick.

STORIES WE TELL. Actor Sarah Polley directed this documentary, which isn’t like a documentary. It’s about her own mom and dad and the complex questions of the lies we live with, and how we bend the truth to make life bearable. Wonderful, complex and intense. Well worth seeing.

MUD. Mathew McConaughey has never been better than he is inMud. So are the two kids who lead and steal the film from vets like Sam Shepard and Reese Witherspoon. It’s a fine film, with a story that doesn’t stop, about life in Arkansas along the Mississippi. Kids coming of age, adults living a very tough life, and the music, the photography all make it one of my favorite films of the year. Just go see it.

FRANCES HA. If you watch HBO’s series “The Girls” starring and written by Lena Dunham “Frances Ha” will seem like a sequel. These are not your Woody Allen NYC funny residents, the Frances Ha 27 year olds are hip, odd, homely, clever, brilliant and non-directed 27 year old teen agers. These characters are an acquired taste. You either dig their point of view and appreciate it as is…or you’ll detest every minute. Go for it.

KON TIKI. I saw this one about 25 minutes after seeing the new Star Trek. It’s amazingly similar. A bunch of guys floating around not knowing what dangers are ahead…and joking and fighting about it. AND it’s a fine film. Not a documentary, all acting and halfway remembering the documentary back around 1947 when he made the 101 day voyage. See it, you’ll like it. No character development, no depth (ha!) but good fun.

MOSAIC. This is a dance concert about peace, justice, culture, and conflict in the Middle East by Karl Schaffer. Karl Schaffer, Maria Basile, Saki and other well regarded area dancers will join forces with the women’s a cappela choir Zambra and Fattah Abbou of the Moroccan fusion musical group AZA to cast an artistic light on the struggles, culture and politics of the Middle East, with a sharp focus on the conflicts between Palestine and Israel. Mosaic will include the premiere of Karl’s latest solo choreography, performed by himself. The piece combines the personal and the political and is based on Karl’s awakening to the Israeli/Palestinian conflict while he was growing up Jewish in the segregated Birmingham, Alabama of the 1960’s. It happens Friday June 21 & Saturday 22, 2013 at 8 p.m. at Motion Pacific 131 Front St. Santa Cruz. for more information and to buy tickets on line, go to www.schafferstern.org &/or http://www.motionpacific.com/event/karl-schaffer-mosaic/

County Supervisor Neal Coonerty’s 7th annual Grapevine Birthday appearance occurs on June 25th, then Jim and Paula Faris talk about their days at MGM creating Tom & Jerry Cartoons. Assemblyman Mark Stone will be on July 2 bringing us up to date on Sacramento. Anita Monga from the San Francisco Silent Film Festival follows Mark that night. On July 9 Ellen Primack talks about The Cabrillo Festival of Contemporary Music, then Carolyn Swift talks about the brand new Capitola Picture book by Arcadia.. Audrey Stanley talks about Shakespeare Santa Cruz season on July 16. Do remember, any and all suggestions for future programs are more than welcome so tune in, and keep listening. Email me always at bratton@cruzio.com

QUOTES. “Skiing combines outdoor fun with knocking down trees with your face“, Dave Berry. “What a terrible round. I only hit two good balls all day and that was when I stepped on a rake in a bunker”, Lee Trevino.” Remember, it doesn’t matter whether you win or lose: what matters is whether I win or lose“, Darrin Weinberg 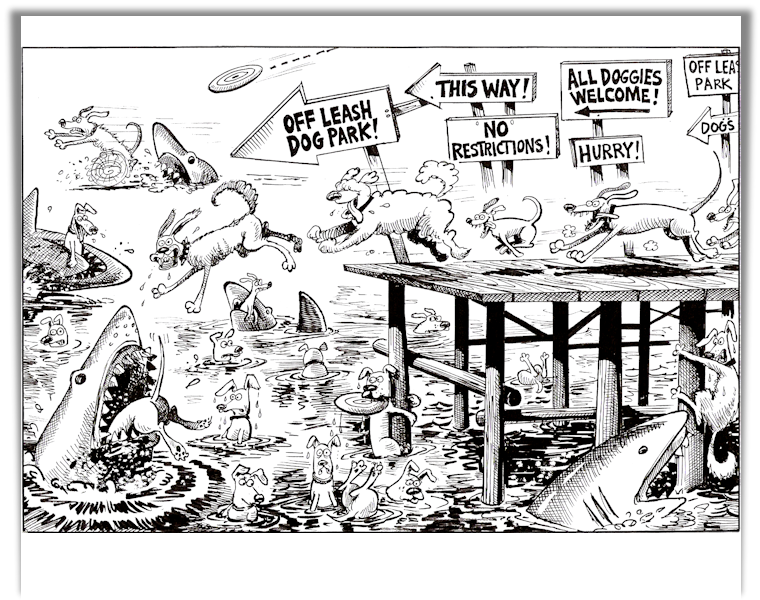 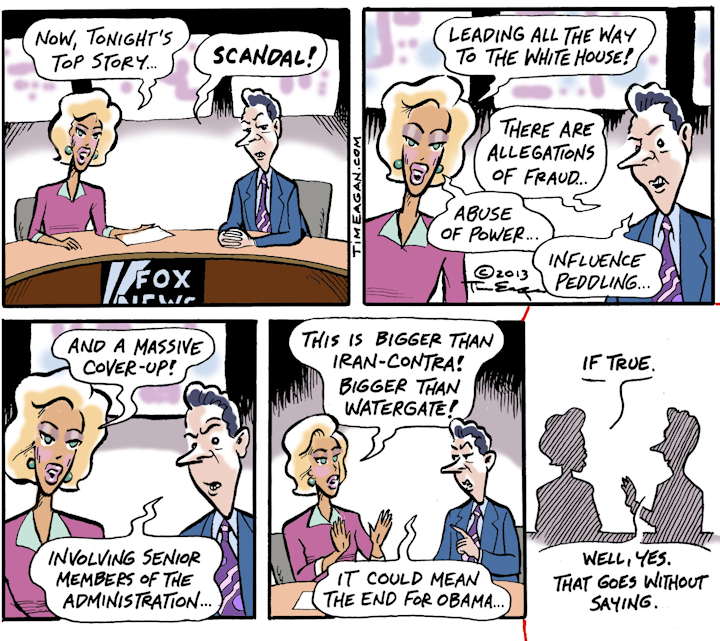