ABOUT CECE PINHEIRO. About a month ago Cece told me she was really, really running for Santa Cruz City Council. Rumors abounded that she is or was serious. There’s nothing on her FB page to indicate any politics, the telephone number in The Book no longer works, but she just got back to me and she’s definitely running. She says she’s got “love and undying support” from Ryan Coonerty and David Terrazas. She’s been playing phone tag with Hilary Bryant and Lynn Robinson. She added that Katherine Beiers hasn’t endorsed her yet. After July 16th when she files officially she’ll be going after her friends on the Board of Supervisors. Right now she’s looking for a website designer and a campaign coordinator. Her biggest issue or topic was her disappointment that the City of Santa Cruz couldn’t buy Lighthouse Field from the state so we could allow dogs off leash. She said that when you have dogs in there that the homeless problem is lessened. And that people pollute the field way more than dogs do.

She promised to get back to me with later breaking news.

FIREWORKS ENFORCEMENT. Just reading about our local police getting ready for the Fourth Of July like they do each year don’t you honestly think they enjoy the battle?

Doesn’t it seem like they’d much rather just TASER kids under 10 and simply shoot all adults who buy fireworks at those non profit booths in Watsonville and go to our beaches to have fun? Maybe we should send Sparkler igniters off to Guantanamo for indeterminate years? Can the police actually prove that all the time, money, and authority they spend each 4th of July has made any difference?

CALIFORNIA NURSES AND MEDICARE FOR ALL. Carol Robertson sent this….

“Those wonderful California nurses are on the road again fighting for Medicare for All and HCA is delighted that their bus tour will be in Santa Cruz on July 5th. The bus will offer a clinic at the London Nelson Center from 3-6 pm and then there will be a town hall meeting afterwards in the London Nelson Center at 6.30 Please come out to support them and pass the word to your friends and family. Meantime if you have a Single Payer T-shirt do wear it. Hope to see you on the 5th“.

PATTON’S PROGRAM. Gary talks about the IRWMP, Our Board of Supes being on vacation, selling the Flanders mansion and states….” Watsonville is in the midst of preparing a new General Plan, the “Watsonville Vista 2030 General Plan Update.” The comment period on the Draft Environmental Impact Report is now open, and will be open until July 27th. I encourage BrattonOnline readers and KUSP listeners to get “down and dirty” with the city’s proposed General Plan Update, and to get involved with the environmental review process. The future of the entire Pajaro Valley is at stake, not just what happens within the city limits of the City of Watsonville.

It is particularly important that interested residents and others get involved now because a former Mayor, Daniel Dodge, is now attempting to build support for the public repudiation of Measure U, the voter backed measure that placed a relatively conservative urban limit line around the City’s current boundaries, thus ensuring the long-term preservation and protection of the commercially productive farmlands of the Pajaro Valley.

As I have frequently reminded listeners, a community’s General Plan is its “Constitution for Land Use.” When the City Council takes action on the proposed General Plan Update, it will be forging a plan for an expansionist city, or for a city that will continue to build in, not out. Ultimately, this is a political choice that the community must make. If you care, one way or the other, you should be personally engaged and involved”. Read it all here

ANCHOR IN ANTARCTICA. Micaela Neus emails from Palmer Station…Summer reached a hectic crescendo last week when the few remaining scientists and two years’ worth of hazardous waste departed on our research vessel. The boat pulled away from the pier, we shouted goodbye to our friends waving from the deck, then watched them disappear into a gray and stormy morning. When we finally lost sight of them, a collective sigh of relief ran through the nineteen remaining crew here on station… at last, they’re gone! And now we enter the long, slow, dark and windy denouement of winter in Antarctica.

Palmer Station has it easy compared to folks on other parts of the continent, of course. The Western Antarctic Peninsula gets a few hours of sunlight throughout the year, and our weather is far milder than on the polar plateau. In terms of isolation, our winter lasts only three months as opposed to nine months at the South Pole and about seven months at McMurdo Station. Still, we have arrived at the point where social and psychological well-being depends on finding a groove to ride until spring. Everyone on station has spent the week settling into a niche and adjusting to the smaller crew, the silences, and the slower pace. Suddenly, we have time and space to enjoy ourselves in this beautiful place without too much interruption or unexpected demands…or to get bored and irritable from the lack of outside distractions. Your choice!

Since the very first full-year expeditions in the early 20th century, Antarctic winters traditionally see a lot of craft projects, low-key celebrations of pseudo-holidays, and informal lectures. Many people only come down during the winter because they prefer this type of community over the excitement and rush of summer. I enjoy both seasons, but I have to agree that the winter trends toward DIY entertainment, skill-sharing, and more in-depth conversation combine to make this season extra-magical. Folks have started to quietly unveil their secret projects and plans for special events over the next three months. I’ve got a few of my own, naturally– but I can’t give them away to you yet!

I’m also wondering when the practical jokes will begin. Ice folk love them (along with puns and disco, unfortunately) and we tend to play them on one another pretty frequently at all times of the year. However, I do remember a clear spike in both their frequency and intensity during my winter in McMurdo Station back in 2008, and that makes me wonder how closely I should watch my back now. Or– what’s that they say about the best defense?

EAGANS DEEP COVER. All the news that’s printable and squintable?? Scroll below

LANDAU’S PROGRES. Saul’s Progreso Weekly article is titled “Free The Six“. He says, “What did Cuba do to the United States to merit 53 years of castigation? In 1960, those dirty Caribbean Commies joined the “evil” side in the Cold War – the Soviets, one recalls, offered substantial aid, not threats. But in 1991 the USSR disappeared. So what? Even without the Soviet façade the obsession remained: overthrow the Cuban government with tactics short of war, and some far worse than lies. In the 1990s, under the FBI’s nose, in south Florida, Cuban exiles organized and financed terrorist acts in Cuba. They paid Salvadoran hirelings to plant bombs in Havana tourist spots. In the 1990s, Cuba sent agents to infiltrate south Florida terrorist groups. The infiltrators’ information got recycled to the FBI. But in 1998, the FBI busted the Cuban agents, and an intimidated Miami jury convicted them. A judge sentenced the Cuban Five to draconian terms”. Read the rest here…. Saul Landau is an Institute for Policy Studies fellow whose films are on DVD from roundworldproductions@gmail.com

LISA JENSEN LINKS. Lisa writes…”This week at Lisa Jensen Online Express (http://ljo-express.blogspot.com/), follow the adventures of The Inconstant Traveler (that’s me!) in the Old World, gaze into the future of publishing as Bookshop Santa Cruz unveils the Espresso Book Machine, and meet a new generation of intrepid Disney heroine in Brave.” Lisa Jensen has been writing film reviews and a column for Good Times since 1975.

BRAVE. It’s a Pixar film which means the absolute best and latest animation techniques. It’s also a Disney release which means cute, predictable, way over used plot lines. Pixar was once criticized by the film world for not being able to make very good looking hair and fur….this movie is all hair, and fur and much over done brogue which is hard to interpret.

PEOPLE LIKE US. I’m not sure that Elizabeth Banks and Chris Pine qualify to play people like us. Michelle Pfeiffer plays Mom and at age 54, she deserves better. The heavily overworked plot is mostly unbelievable. You’ll keep shouting “tell her”, “just tell her”, at the screen so if anybody else is even in the theatre, behave yourself.

MELANCHOLIA, REVISITED. I listed Lars Van Trier’s Melancholia as my number 1 film for last year. It was for me like seeing Bergman’s “Persona” (1966) or Fellini’s “8 ½” for the first time. I knew I wasn’t getting, or appreciating them fully, because they were too new, different, and deep, to grasp immediately. Those films take time to grasp. Last week I got Melancholia for the first time. Kirsten Durst and Charlotte Gainsbourg stand almost alone in being able to communicate Von Triers intentions. Do watch Melancholia again, and watch the “extras” on the disc for some revealing Von Trier thoughts.

UNIVERSAL GRAPEVINE. Each and every Tuesday from 7:00-8:00 p.m. I host Universal Grapevine on KZSC 88.1 fm. or on your computer (live only, or sometimes old programs are archived…(see next paragraph) and go to WWW.KZSC.ORG. Bubble Man Tom Noddy tries radio bubbles on July 3 followed by Anita Monga, artistic director of San Francisco’s Silent Film Festival who’ll reveal the best bets for the 7/12- 7/15 Fest. Nikki “Kitchen” Silva guests on July 10 talking about “The Hidden World of Girls” after which Michael Warren discusses this year’s annual Shakespeare Santa Cruz plays. Dr. Rosalind Shorenstein discusses women’s medicine on July 17th. She’s followed by Executive Director Ellen Primack who will talk about the many features of this years’ 50th annual Cabrillo Festival of Contemporary Music. July 24th I’ll play the (delayed due to technical difficulties) Bookshop Santa Cruz Short Story Contest 3 Top Winners. Do remember, any and all suggestions for future programs are more than welcome so tune in, and keep listening. Email me always at bratton@cruzio.com

QUOTES. “I have nothing against undertakers personally. It’s just that I wouldn’t want one to bury my sister”, Jessica Mitford. “I will not eat oysters. I want my food dead. Not sick, not wounded, dead”, Woody Allen. “I went on a diet, swore off drinking and heavy eating, and in fourteen days I lost two weeks”, Joe E. Lewis. 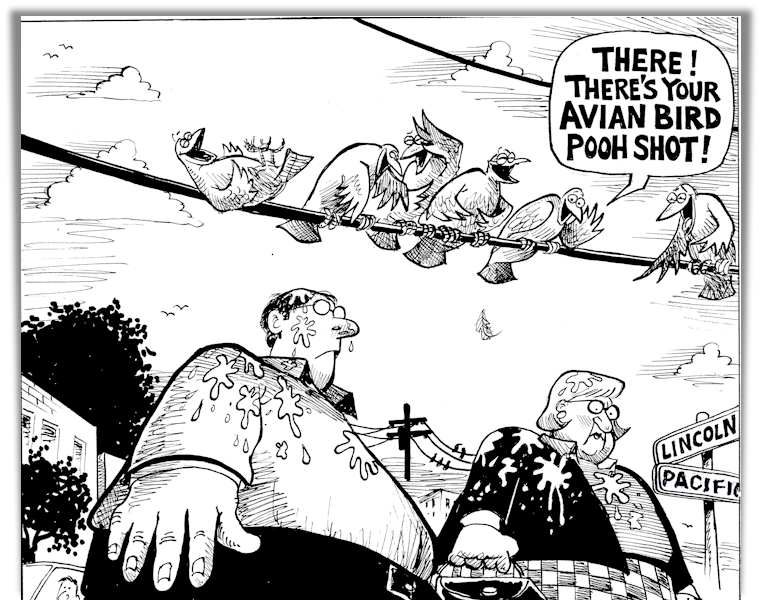 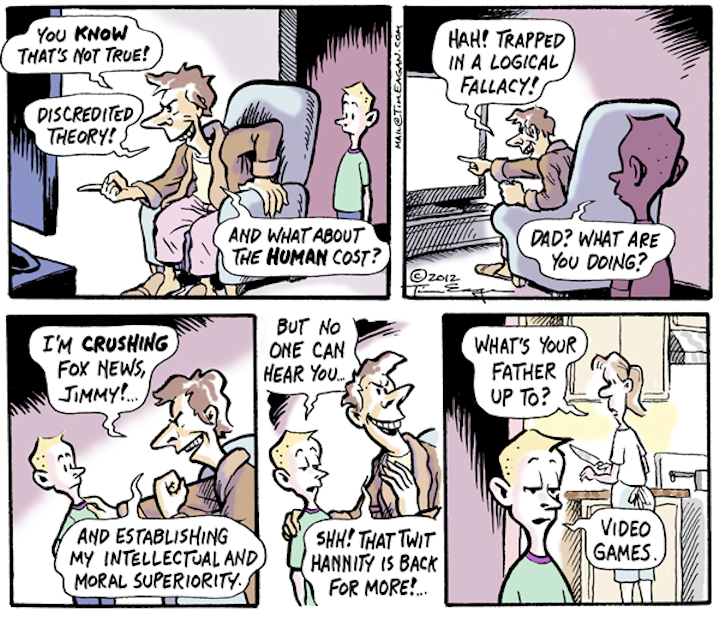