NEAL COONERTY OUT, RYAN COONERTY RUNNING.According to unimpeachable sources it was the out-and running news this weekend, Ryan is chasing around trying to gather supporters and endorsements and is running for Dad’s County Supervisor job. Earlier and well planned rumors had it that Lynn Robinson was going to run for the Supervisors job…nope. We can bet that Ryan’s going to his long time Developer Donators such as Bill Brooks, Craig French, Charlie Eadie, Jesse Nickell, George Ow, and Louis Rittenhouse. And he’ll go for his continuing Beach Boardwalk backers like Charlie Canfield and Chris Reyes. Anti-Desal folks need to remember that it was Ryan and Dad Coonerty who brokered or shuffled the UCSC Growth- City Water- “Bring on De-sal” deal. In case you’ve forgotten check out Ryan’s old City Council campaign website, read such endorsements as Joe Appenrodt, Bob Bosso, Scott Daly, Darrell Darling, Ken Haber, Tom Honig, George Newell, Mark Primack, Peter Prindle, John Burroughs, Robert DeFreitas, Carol Fuller… all of which means that there’ll be lots of big bucks spent on this next Supervisors Race. What we really need, instead of Ryan Coonerty is a woman on that all male, right leaning and very important Board of Supes.

LAST WEEK’S FLOOD PHOTO. Scroll down to last weeks flood photo taken at Soquel and Seabright…Jeff Hawkins was kind enough to tell us “That Studebaker is a 1948 Champion, so I’m guessing the pic is from ’50-’54”.

MIKE ROTKIN NOT RUNNING, EVER. Mike said I could quote him when he said that he’s definitely not running for City Council, not running for the Board of Supervisors, and not running for State Assembly either. He said he’s happy with his job with the Union. I asked him about that and about the rumors that he was using his union work to make sure the proposed de-sal plant would use union labor so that the unions would come out in favor of De-Sal. He replied… “Bruce, I don’t know that my job is of any general interest, but I am Vice President for Organizing for the University Council of the American Federation of Teachers. We represent all of the lecturers and librarians in the UC system. I am paid hourly up to half time. My work involves service on the union Executive Committee, Helping coordinate organizing efforts on ten campuses, including teaching organizing skills, and I am the Chief Negotiator for the Librarians and on the bargaining team for the lecturers. I also advise on grievances and other contract enforcement issues but my work on that overlaps with many others” Mike continued, “There is no connection to any of my community work on desalination, but to answer your specific question, I’d love to see any and all jobs be union jobs, so, of course, I hope that the desalination project, if approved, would use union labor. But I wouldn’t be charging any work I did in advocating for that on that to my union. That’s just volunteer work as a community activist”. There we have it.

PHIL SLATER. According to Phil’s longtime friend Andy Schiffrin, Phil died peacefully after a lot of years of suffering from non-Hodgkin Lymphoma. The Chronicle and The Sentinel had fine obituaries, and Andy said the NYTimes was excellent. Here it is…

DOWNTOWN MOTORCYCLE SICKNESS. Chip from The Downtown Association wrote, “Bruce, I’ve actually done a bit of digging on the motorcycle thing. I’m sure it’s a much more interesting story that the cops love noisy bikes, but what I have learned is that the California Vehicular Code trumps our city noise ordinances and unless the mufflers are illegal (Which I’m sure some of them are) PD can’t really do much. Also, as you can imagine it’s not the easiest thing to enforce being the problem is three blocks away a second after the pollution occurs.” That’s got to be one of the lamest excuses I’ve heard. You’d think The Downtown Association would be a leader in trying to promote our downtown ambiance.

Both the City and the District have real problems. The Soquel Creek Water District relies on groundwater, and faces groundwater overdraft and seawater intrusion. The City relies mostly on surface water, and has water supply problems in drought years. Both agencies decided some time ago that desalination is their best option. Both agencies have been members of Cal Desal, an industry support and lobbying group devoted “solely” to desalination. The Water District recently quit Cal Desal, but the City of Santa Cruz continues to be a member, and to fund the group. Skeptics, including members of the Community Water Coalition, a community group I represent as an environmental attorney, want to take a very hard look at the cost and other impacts of desalination, and thoroughly to consider alternatives” Gary also tells about Affordable housing and the law, about CPAD a great online resource, and about our Central Coast water problems.

VINTAGE DE CINZO.Summers here and so are the Boardwalk Concerts….see a few pages down.

LISA JENSEN LINKS. Lisa writes “Looking for something fun to do with the kids this holiday weekend? Why not sign up for a summer refresher course at Monsters University? Read all about it this week at Lisa Jensen Online Express (http://ljo-express.blogspot.com).” Lisa has been writing film reviews and columns for Good Times since 1975.

THAT IS THE QUESTION

DIRTY WARS.An amazing and very upsetting film that reveals a lot of the secret wars that the USA is fighting all over the world. It’s painful to realize just how much of a role we all play in this. And how much we are now, and have been lied to by Obama and our past presidents. See the film now at the Nick..quick…then Join local patriots in the spirit of Bradley Manning and Edward Snowden on The Fourth Of July to call for freedom for all Political Prisoners and freedom from War, the National Security State, Corporate Rule, Drone Strikes, Torture, Guantanamo, Monsanto, Nuclear Power, the Trans Pacific Trade Agreement, Hunger, Occupation, ICE, and Austerity Economics (this list is ever expanding). There will be large signs, displays and handouts to greet the morning traffic coming into Santa Cruz.

I almost forgot to mention that the music in “Dirty Wars” is by and from The Kronos Quartet…and is brilliant.

KINGS OF SUMMER.This film could have been great, but it’s lacking focus, direction, a point….something. It’s about three boys escaping their crappy home lives and building a house of their own in the woods. It’s almost trite and cute, but it isn’t. It’s almost deep, moving and very personal, but it isn’t. You could rent it later and it wouldn’t be so bad.

WHITE HOUSE DOWN.If you can believe Jamie Foxx as President Barack. H. Obama, then this action flick isn’t too bad. Bad spies, secret troops, storm the White House, they kill lots of people, they hold hostages and things like that. Now if you can believe that Tatum Channing (who was also the producer) can rescue our non-smoking president you could actually enjoy this dumb summer flick. It certainly shouldn’t be on anyone’s must see list.

THE BLING RING.I believe Sofia Coppola has directed much more of a film than most viewers and critics are seeing. The film is based on a true story of young Hollywood teens robbing celebrity homes. They rob Paris Hilton’s palace and Lindsay Lohan’s place and have a great time doing it. They fool their parents, the police, and have created an exciting and very unique, illegal, thrilling and creative life style. The audience of young teens that I saw the film with, I’m sure watched it as a “How To” lesson and envied how much fun the real life young thieves were having. It’s a deep and well done comment on part of our culture, go for it by all means; it’s a very good movie.

MUD. Mathew McConaughey has never been better than he is in Mud. So are the two kids who lead and steal the film from vets like Sam Shepard and Reese Witherspoon. It’s a fine film, with a story that doesn’t stop, about life in Arkansas along the Mississippi. Kids coming of age, adults living a very tough life, and the music, the photography all make it one of my favorite films of the year. Just go see it.

On July 9 Ellen Primack talks about The Cabrillo Festival of Contemporary Music, then Scott McGilvray talks about his film “Water for Santa Cruz” and the big de-sal event happening at the Rio on July 11. Audrey Stanley talks about Shakespeare Santa Cruz season on July 16, followed by Carolyn Swift discussing the brand new Capitola Picture book by Arcadia. Assemblyman Mark Stone will be on July 23 bringing us up to date on Sacramento and his job. Ed Holmes talks about The San Francisco Mime Troupe’s annual visit on August 6. Do remember, any and all suggestions for future programs are more than welcome so tune in, and keep listening. Email me always at bratton@cruzio.com

QUOTES. “On the fourth day of July following, a party of about two hundred Indians attacked Boonsborough, killed one man, and wounded two”, Daniel Boone

“Your mind must always go, even while you’re shaking hands and going through all the maneuvers. I developed the ability long ago to do one thing while thinking another”, Richard Nixon. “The true profession of man is to find his way to himself”, Hermann Hesse. 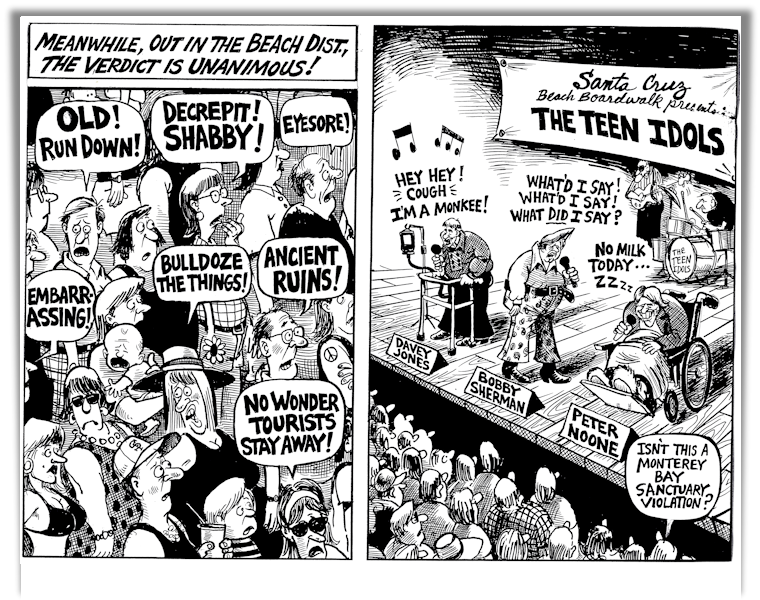 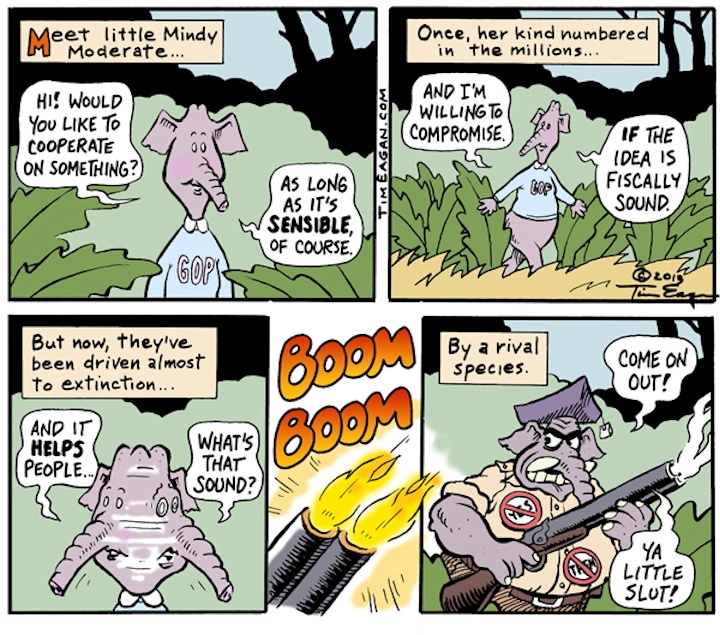