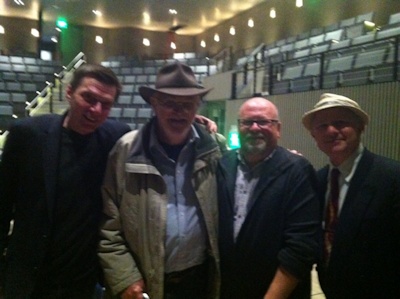 The 35,000 square foot and $65 million dollar SF Jazz Center won’t open officially until January 21, Martin Luther King Day. The building is on the corner of Franklin and Fell Streets in San Francisco in the Hayes Valley neighborhood near the Opera House and the Davies Symphony Hall, one block west of Van Ness. Daughter Hillary Bratton, being with iTunes at Apple, and son-in-law Martin Kloiber being a VP with Avid Technology got us a special invitation to the Jazz Center’s Super Secret Sound Check last Sunday. We not only got to the first song ever played in the Center but also had a private tour of the guts and bowels of the entire Center from Sam Berkow who was and is the sound designer of the Center. Sam also did the Hollywood Bowl, The Lincoln Center, and the Grand Ole Opry. We heard the very hot, Red Hot Skillet Lickers with Chris Siebert on piano. It was a genuinely moving experience. I’d spent many of my early years listening to the jazz greats when they played San Francisco. Miles Davis at the Blackhawk, Earl Hines at The Hangover, Kid Ory at The Tin Angel, Cannonball Adderley at the Jazz Workshop, Ornette Coleman, John Coltrane, those were the best of times but they never would have dreamed of a place like the new SFJazz Center. Go here to check it all out and get up to the Center as soon as it opens, you’ve never seen or heard anything like it.

To top that all off we had dinner at the HAYES STREET GRILL, one of “The Cities” finest “new” traditions..

NEW GUN POLICY.Issue every child at birth a derringer (tiny, cute 2 bullet pistol) and teach them how to use it responsibly by the time they are four years old. We could have marksmanship contests and award teddy bear targets to the winners. By high school every student would have an assault rifle and instead of Senior Proms they would re-enact the O.K Corral or the action of their choice from any current video game

We (family) attended our first Santa Cruz Warriors game last night and we all had a ball. The Home Team did too, pulling out a win in the last quarter. We arrived early to watch warm-ups and by game time at 5 P.M., the stadium was full. Warrior’s staff (plenty) made sure we found our seats OK, even walking me up the steps to reach them. Amusement for the fans during halftime and long time-outs included a musical chairs game for kids in center court, a beach ball volleyball game for the fans in the stands and souvenir T-shirts tossed to the fans. Lots of family groups with little kids were in attendance with everybody was involved in cheering on “our” team.

Quality basketball? You bet! Picking up the Sentinel sports page this morning we learned that two of the Tulsa 66’ers, had just been called up to play for their NBA parent team. Expect to see some of our Santa Cruz Warriors get a call from their Golden State Warriors NBA team, they are that good.

So what’s not to like about Warriors basketball? We got there early and found parking OK, after being chased out of the Walgreen parking lot across the street. The lot remained mostly empty at the end of the game. Security is always needed, but c’mon, is “wanding” (passing security wand) 8 year old girls necessary? Noise? Yes it was noisy inside during the game, but I have no way of knowing how loud it was outside the stadium. We’ll be looking forward to more Santa Cruz Warriors games. (Paul Elerick is co-chair, along with Peter Scott, of the Campaign for Sensible Transportation, http://sensibletransportation.org , and is a member of Nisene 2 Sea, a group of open space advocates).

PATTON’S PROGRAM. Gary outlines gun shop regulations and our county. He details stuff about City Council meetings here and in Monterey. More news and links to Keep Fort Ord Wild, and news about a guided walk and hike to UCSC’s proposed North Campus happening Saturday 1/19 at noon. Read all of above at Gary’s KUSP Land Use scripts http://blogs.kusp.org/landuse /

A TRIBUTE TO BOB DYLAN. The Wheel Company is producing this mammoth show… they say “We are really excited to bring you a third Bob Dylan Tribute show at The Kuumbwa in Santa Cruz on Friday, January 25th with some very talented musicians playing some classic tunes from one of our generations most influential writers and poets. In between the songs will be audio clips from some of Dylan’s famous interviews, a video presentation and even spoken word by one of our own Santa Cruz Supervisor, John Leopold. The doors open at 7 and the show starts at 8 sharp with tickets available only at www.thewheelcompany.com Get your tickets early as the show will probably sell out.

EAGANS DEEP COVER. Tim gives us insight on Uncle Sam’s diet vs. his diet. Scroll below.

LANDAU’S PROGRES. Danny Glover and Saul Landau write about the United States Influencing Cuban Five decision. They say, “Maybe President Obama might agree to Cuba’s proposal to exchange – independent humanitarian gestures – the Cuban 5 for Alan Gross, the contract agent who worked for AID and tried to set up non-traceable satellite systems inside Cuba as part of an effort to subvert its government. Gross was convicted and sentenced to 15 years by a Cuban court”. For a YouTube video with Danny Glover and Peter Coyote taken from the trial transcript go here, then read it all here…

LISA JENSEN LINKS. “As the movie awards season heats up, this week on Lisa Jensen Online Express (ljo-express.blogspot.com), I review The Impossible and Zero Dark Thirty, sound off on the Oscar nominees, and, oh yes, I’ll probably have something to say about the femme-o-centric Golden Globes ceremony.” Lisa has been writing film reviews and columns for Good Times since 1975.

ZERO DARK 30. Jessica Chastain is a very good actor, and she won a Golden Globe but it shouldn’t have been for this role. It’s a well made movie, clever, unique style, very exciting…mostly. The odd thing is watching James Gandolfini playing Leon Panetta!!!

Even in IMDB credits Panetta’s name isn’t used, just C.I.A. director. But Gandolfini wears Leon-type glasses and has a weird com-over like Leon does. And somehow it works, despite the 100 pound and 6 inches in height difference. Once again, I don’t think the film was all that good and yes, it sure does show the USA using lots of torture to locate Osama Bin Laden, what’s new about that?

GANGSTER SQUAD.Watching Sean Penn playing Mickey Cohen and Josh Brolin acting as a LA Detective kept reminding me of Dick Tracy vs. Rugface. This was supposed to be some kind of satire or spoof of film noir cop movies, but it wasn’t. It’s bloody and violent beyond all belief, it’s crude, unfunny, pointless and lacks style. By no stretch should any children be allowed to see it, and you shouldn’t bother either.

THE MAGISTRATE. The National Theatre Live Telecast of John Lithgow in”The Magistrate” is this Thursday at 7:30 at The Del Mar. It shows again on Sunday Jan. 20 . Academy Award nominee and Tony Award-winner John Lithgow (Dirty Rotten Scoundrels, Shrek, 3rd Rock from the Sun) takes the title role in Arthur Wing Pinero’s uproarious Victorian farce, directed by Olivier Award-winner Timothy Sheader (Crazy for You and Into the Woods, Regent’s Park Open Air Theatre, London). In a similar vein to the National Theatre’s smash-hit classic comedies, She Stoops to Conquer and London Assurance, The Magistrate is sure to have audiences doubled up with laughter. When amiable magistrate Posket (John Lithgow) marries Agatha (Olivier Award-winner Nancy Carroll, After the Dance), little does he realise she’s dropped five years from her age – and her son’s. When her deception looks set to be revealed, it sparks a series of hilarious indignities and outrageous mishaps

“8 TENS @ 8”.Best collection of 8 ten minute plays I’ve seen in their 18 seasons. Now through Jan. 27 you’ve got a chance to see what I think are the best 8 10 minute plays they’ve ever assembled. Fast and funny plays, two deeper inner looking serious plays, the acting range is about like you’d expect and it’s all worth attending. I used to be a judge for 8 10’s and there have been some real clunkers…not this year. As usual it’s at The Center Stage Theatre on Center Street.

January 15 has Marcus Cato and Brian Spencer discussing “8 Tens @ 8” now at the Art Center Theatre. Then Ian Coulson tells us all about bee keeping and honey. On January 22 Roberta Bristol, Ruth Solomon and Beth Pettengill all talk about dance history in Santa Cruz and the big dance production happening on Jan. 25 at Cabrilho College. Then Steve Pleich discusses the newcommunity action group being formed. Do remember, any and all suggestions for future programs are more than welcome so tune in, and keep listening. Email me always at bratton@cruzio.com

QUOTES. “Among the greatest things which are to be found among us, the Being of Nothingness is the greatest”, Leonardo Da Vinci.” The Self is a circle whose center is everywhere and whose circumference is nowhere”, Carl Jung. “How can any man be sad and watch a sunset?”, Bela Lugosi. 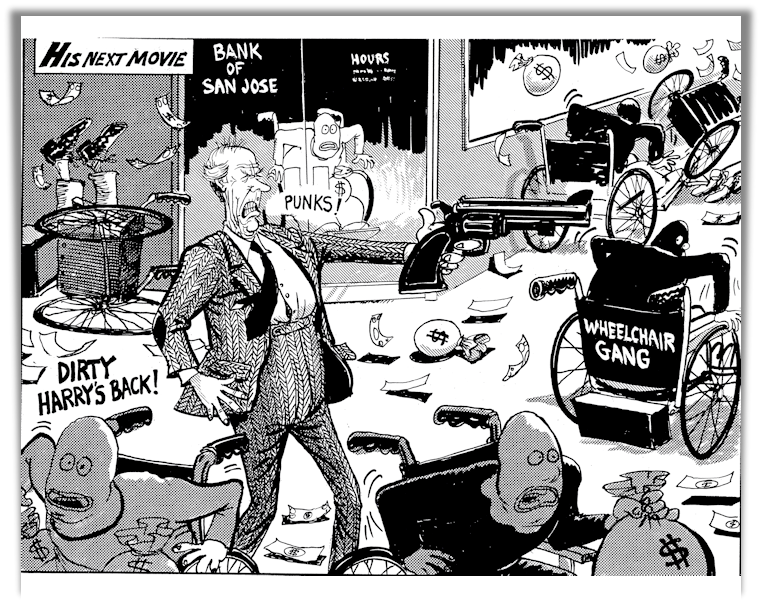 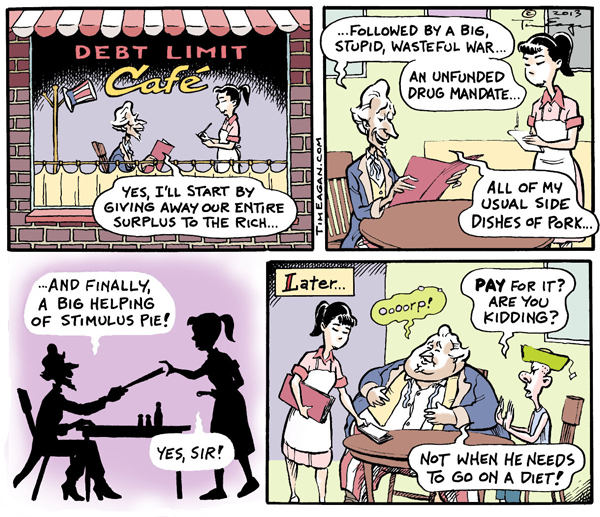