THE 2013 SANTA CRUZ COUNTY WAR. Never in the 43 years that I’ve been following, and been involved with local politics, have I seen such out and out nasty political power plays. Neal Coonerty throwing John Leopold off the LAFCO commission. Hillary Bryant and Cynthia Mathews, along with Martin Bernal, John Barisone and Bill Kocherdumping Ron Pomerantz from the Transportation and Public Works Commission.. You think this is the end of such strong arm tactics? Watch the City Council and how they get it all set up to push giving water to UCSC by way of De-Sal way around anything the citizens can do. Neal Coonerty’s control of the Board of Supervisors will show us just how aligned he is with McPherson and Zach Friend. I predict those three guys will vote identically on 99% of every issue they face. Meet me here in a year, and we’ll see.

OUR ENTERTAINING SUPERVISORS.As you can see from the attached clips, both John Leopold and Zach Friend have show biz in their blood. Now let’s hear from you…the question is what kind of act do we see Neal Coonerty, Bruce Mc Pherson, and Greg Kaput doing at Kuumbwa? No worries, I won’t print your name, if you wish.

THE RETURN OF BEN TREVOR. Ben Trevor was a huge part of live theatre in our county years ago. He’s mostly remembered for creating, staging and directing The Scotts Valley Cavalcade. The Cavalcade was a Cecil B. DeMille annual production featuring space aliens, Ohlone Indians, General George Patton (with tank), stage coaches and the ever-blonde Dorothy McPherson singing atop a white stallion. We’re putting together a lunch this Saturday at noon. If you were/are on old friend of Ben’s, or know someone who should be there call us at 426-7471, and we’ll see you there. Ben Trevor lives in Texas now, but he’s ok anyway.

KARUNA CAYTON TO GIVE BUDDHIST CLASSES. Karuna Cayton, author of “The Misleading Mind” will be giving a series of three lectures/classes on “The Myths We Live By” starting this Wednesday 2/6 and 2/13, 2/20. They’ll be at The Land Of The Medicine Buddha in Soquel. The LOMB website says that,” Buddhist Psychology argues that our difficulties in life arise from a misunderstanding and, thus, a misapprehension of reality. This misperception of reality causes us to see all kinds of things – beliefs, opinions, feelings and thoughts – in an inaccurate manner. These misbeliefs, which seem real to us, then are the direct causes of sadness, worry, anxiety, disappointment, frustration, fear and all the disturbing emotions that sabotage our happiness and well-being. We see things as permanent when they are not. We see things as happiness when they are, in fact, in the nature of disappointment. We take our life for granted when it is a precious and rare event. We act as if we’ll live forever when our very existence hangs on a single breath. This class will attempt to look at the myths we live by and their underlying cause in misapprehension of the world around us and our own”. I’ve taken two classes from Karuna Cayton, and recommend him and the classes very much. Go here for details.

PATTON’S PROGRAM. Gary says on his almost daily KUSP program That the Fort Ord Re-use plan got unanimous votes except for Supervisor Jane Parkers!!! California America’s plan for De-Sal in Monterey drew an even bigger sized De-Sal plant proposal. Read about “Water Plus” !!Our County Transportation Commission has a list of possible projects coming up IF they get all the funding they ask for. Check it out. Read all of above at Gary’s KUSP Land Use scripts http://blogs.kusp.org/landuse

VINTAGE DE CINZO. DeCinzo gives an example of just one of Neal Coonerty’s contributions to the community…scroll below.

EAGANS DEEP COVER. Tim teaches us a lesson on messaging…see below, way below.

LANDAU’S PROGRES. Saul’s article is titled “Information To Help Follow The Syrian Debacle”. He writes… “In 2013, peace lovers pray that U.S. and Russian diplomats sit together to create a peace plan for Syria, one that stops the flow of weapons to both sides and puts heavy pressure on rebels and government leaders to sit and formulate a plan to stop the bloodshed and destruction. The bookies have not yet taken odds on such an outcome”. Saul Landau’s SYRIA: BETWEEN IRAQ AND A HARD PLACE was filmed in 2004 and is available from roundworldproductions.com. Read the rest of Landau on Syria here Saul Landau is an Institute for Policy Studies fellow whose films are on DVD from roundworldproductions@gmail.com

LISA JENSEN LINKS. “This week on Lisa Jensen Online Express (http://ljo-express.blogspot.com), read all about the return of the Hearts for the Arts art auction, the further adventures of my forthcoming novel, Alias Hook, and why teach an old dog new tricks when the old tricks work as well as they do for the veteran stars of Stand Up Guys? And speaking of old pros, listen to Bruce Bratton, Christina Waters and moi dish this year’s Oscar race February 12 7-8 p.m. on Bruce’s Universal Grapevine radio show KZSC 88.1 fm.” Lisa has been writing film reviews and columns for Good Times since 1975.

AMOUR.This masterpiece is so well done it’s almost impossible to review it. I told friends it wasn’t a film it was an experience. Emannuelle Riva the lead, now in her 80’s starred in Hiroshima Mon Amour (if you remember back that far!). Jean-Louis Trintigant and Isabelle Huppert playtheir roles to perfection. It’s another old person film about devotion, acceptance, and deep love. You won’t leave the theatre singing, but you’ll never forget this classic.

STAND UP GUYS. Box office demographics must be changing…there are more and more geezer films being filmed and being successful. Three old guys Al Pacino, Christopher and Alan Arkin make this film great fun…and they shoot a lot of people too!!! Gangs, doing time in stir, revenge, it’s all here. And there’s excellent pathos, empathy, sympathy, and old timers jokes that had the Del Mar laughing and contemplating all the way through this alternative to the old folks home films like Quartet, Exotic M. Hotel, etc.

WARM BODIES. For some reason people are linking this piece of junk more than was expected. This box office hit brought in mostly teen age girls…you figure!! It’s about zombies who are coming back to human life. The citizen army, led by John Malkovich of all people, fight these half zombies, who can take bullets with no problems. But they also have to defend themselves against skeletons or “bonies” who can be shot and stopped, with just one shot. It probably came to some Hollywood predictable ending, but I left about 10 minutes early to go see Stand Up Guys.

LOS CENZONTLES TO PLAY WATSONVILLE. My trio “The Goodtime Washboard 3” played with this beautiful and talented group Los Cenzontles at Arhoolie Records 50th Anniversary show at Berkeley’s Freight and Salvage. They were big hits. They’re coming to Watsonville. Here’s what their news says…Los Cenzontles, the San Pablo-based band in the San Francisco Bay area brings its roots music to the Henry J Mello Center for the Performing Arts, 250 East Beach Street, Watsonville on Saturday, February 9 for a 7:00 PM show. The concert is a benefit for Sueños Aztecas and Esperanza del Valle. Sueños Aztecas, is a ballet folklórico troupe composed of students at PájaroValley High School who will also perform. Watsonville’s premiere Mexican dance company, Esperanza del Valle, celebrates more than 30 years of dance, culture and education in the Monterey Bay area. Tickets for the event are available at Jansen Music, 1931 Main Street in Watsonville and by contacting Snazzy Productions at (831) 479-9421, or online at http://www.snazzyproductions.com/concert_tickets.html

Ecologist and Doctor Kerry Kriger opens with “Save the Frogs” on Feb. 5th. Land Use Attorney Gary Patton follows with updates on LAFCO and other problems. Laura Marcus from Dientes Community Dental Services is on the first half hour. Lisa Jensen, Christina Waters, and I talk about the Oscars and who needs them covers the second half on Feb. 12. Feb. 19th has Kimberly Jannarone and Nancy Carlin discussing the huge Peer Gynt Project about to happen at UCSC. They’re followed by Sandra Nicols and her topic of Santa Cruz’s Board of Education. On Feb. 26 Julie James talks about the Sam Shepard play at coming to the Jewel Theatre Do remember, any and all suggestions for future programs are more than welcome so tune in, and keep listening. Email me always at bratton@cruzio.com

QUOTES.”I think any man in business would be foolish to fool around with his secretary.. If it’s someone else’s secretary, fine”. Senator Barry Goldwater. “The bones, sinews and nerves of modern civilization are coal, steel, cotton and wheat. He who controls these is mightier than the lord”, B. Traven. “The nation that controls magnetism controls the universe”, Chester Gould (Dick Tracy) 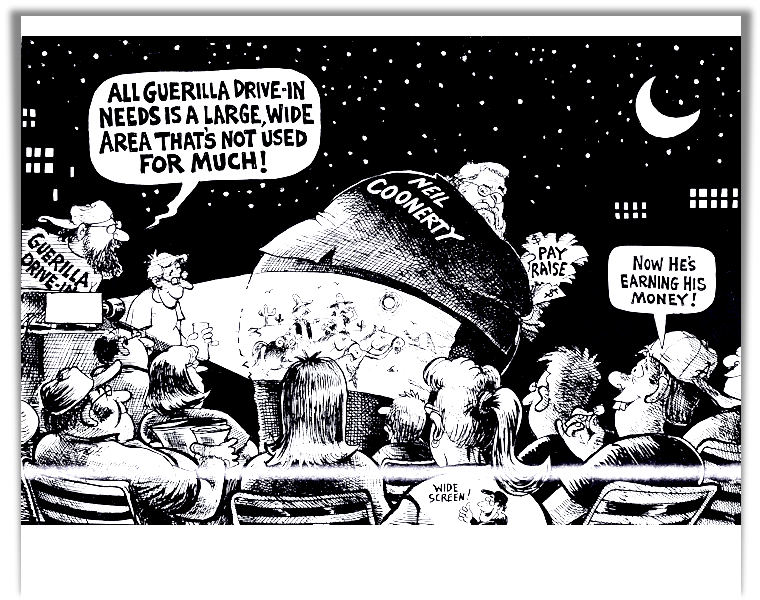 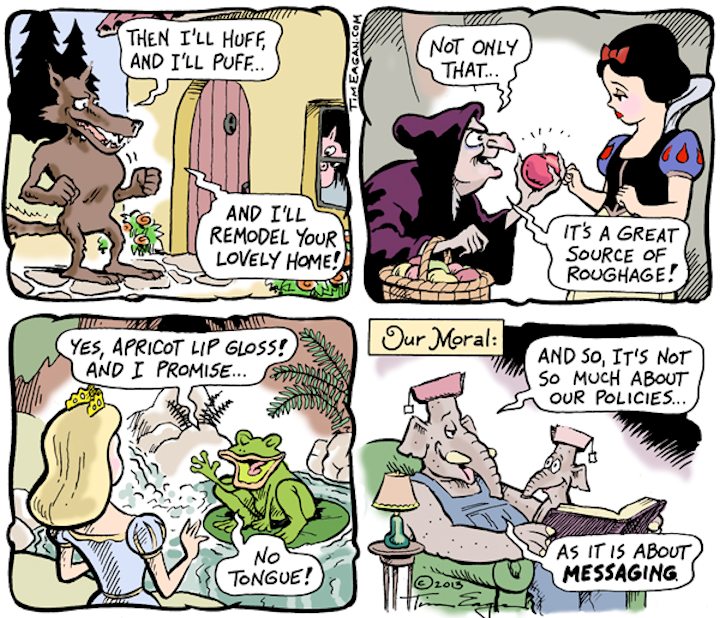