OSCARS AND MOVIE THOUGHTS. Just like everyone I know who likes films we all wonder why Argo won the best film Oscar. How’s this for a solution to the problem of minor/lesser films winning…no one in the Academy can vote for any film that they have a financial or personal relationship with? Another idea, since we’ll never get any genuine gun control laws passed, why not severely restrict the making of films for public release that contain the “improper”, negative, life threatening, use of guns?

SENSIBLE TRANSPORTATION NEWS PLUS WEBSITE. Peter Scott emailed to say, “We need to bring back the summer weekend bus service to Big Basin State Park”. There’s a petition on our website. It now includes a page of comments by petition signers. We need to gather a few more signatures. There is a reasonable chance that this much-desired service could be restored.

There is also a new page on how to get to Monterey by bus. Turns out that Monterey-Salinas Transit has just started new bus service that connects Monterey with Santa Cruz (not just Watsonville). It’s Route #78. Only $1.75 for us ancients. Here’s the link: http://sensibletransportation.org/monterey

While walking from our parking space near Louden (London) Nelson to the Warrior’s game on Saturday, we noticed sprinklers watering a small lawn at an apartment house near Cedar and Laurel. This was at 6:30 P.M. Sprinkler water was freely running down Laurel Street, and the sprinklers were still on at 9:30 P.M. (3 hours later) when we walked back to our car. What’s wrong with this picture? Why water grass in the middle of the winter? Who’s responsible for turning it off? Does anybody care? I found an email address and phone number on the City’s Water Department website to report water wasting and did so. The phone number is 420-WASTE (5325), email aemartin@cityofsantacruz.com .

(FLASH!!!) This worked! I got a rapid response from Aerin Martin at Santa Cruz Water Department: “Thank you very much for the report Paul. We will contact the account holder and/or property manager and landscaper to resolve this water waste issue.” This is one example of things we all can do something about, not just in the City. We have mid-county neighbors who are just as clueless about leaving water running down street gutters year round. Soquel Creek Water District also has a contact phone and email address, (831) 475-8500 x148 or leighanng@soquelcreekwater.org to contact for SCWD customers to call to report water wasting. When about half of our water used is for lawn irrigation, it’s time to fix problems like these before going straight to desalination. I’m one who can live with brown lawns in the summer.

PATTON’S PROGRAM. Gary has a lot to say, such as “On Wednesday, March 6th, the Santa Cruz County LAFCO will be meeting at 9:30 in the morning, in the Chambers of the Santa Cruz County Board of Supervisors. The big item confronting the Santa Cruz County LAFCO is a proposal to allow the City of Santa Cruz to extend water service beyond its current boundaries, to facilitate over 3,000,000 square feet of new development on the UCSC North Campus. My law firm is opposing that proposal. A court decision (not handled by my firm, by the way) has put immediate action on hold, since the court found that the City’s Environmental Impact Report was inadequate

If you want to get a free online tutorial on our public participation laws, the League of Women Voters of the Monterey Peninsula has an online video of my own hour-long presentation on “Keeping Government Honest.” If you would like to listen to that presentation, and I actually think I do a pretty good job outlining the issues, here’s the link

Read all of above at Gary’s KUSP Land Use scripts http://blogs.kusp.org/landuse /

EAGANS DEEP COVER. Scroll below to see Tim Eagan’s version of our Framers Intent. Or “Gun With The Wind?”

In this week’s article he asks in detail, “Obama could easily get Gross released by pardoning the Cuban 5, intelligence agents who infiltrated violent Miami-based exile groups who had begun bombing targets in Havana, and were arrested by the FBI and found guilty of conspiring to commit espionage. Such an act would also open the door to larger negotiations and a restoration of relations. So when will Obama hear the news? When will he bring “fresh” realism to U.S.-Cuba policy, abandon the half-century U.S. quest to oust Cuba’s government, and restore diplomatic and trade relations with the island? The rest of the world has let go of the Cold War. But it wasn’t really the Cold War or Soviet involvement on the island that first hit Washington’s gut. Cuba’s disobedience, its lack of reverence for U.S. supremacy in the region, its dismissal of the Monroe Doctrine and the Roosevelt Corollary, and Castro’s expropriation of U.S. corporate property made Havana a target, whose insolence continues to bother the Washington elite. But they’ve co-existed with inconveniences before. Read it here

LISA JENSEN LINKS. “The Oscars are finally over, but you can still view my notorious Oscar Barbie’s this week on Lisa Jensen Online Express (http://ljo-express.blogspot.com). Also, come celebrate MUSE, Santa Cruz’s new arts/entertainment website at a launch party at the Tannery this First Friday night.” Lisa has been writing film reviews and columns for Good Times since 1975.

HAPPY PEOPLE: A YEAR IN THE TAIGA. This is Werner Herzog’s latest documentary, and it’s wonderful and even inspiring and thought provoking. The Taiga is in Siberia and this is one year in the lives of a few residents of the tiny (300) village of Bakhita. Completely isolated most of the year, these folks exist by trapping and selling sables. Herzog didn’t film it but he edited a much longer film to fit his tastes and if you like Herzog (I do) this is every bit as good as any of his other films. It’s man versus nature, or co-existing with nature, which is a more profound way of putting it. See it then think about your daily life, when you have time.

CALL AND RESPONSE AT VINOCRUZ.

“Call and Response” is a collection of “Mixed Media Drawings” by Carol Jeneid, Maggie Kitamura and Susan Lysik whichwill open on first Friday (3/1) at Vinocruz and run through March. Vinocruz is that wine shop in Abbott Square by the MAH Museum, The legal address is 725 Front Street but everybody goes there through Cooper Street, next to Lulu’s Octagonal Espresso place.

PARSIFAL WITH BLOOD. The live telecast of The Metropolitan Opera’s current production of Wagner’s Parsifal starts at 9 a.m. Saturday March 2nd. At Cinema 9. Like almost any production of a Wagner Opera, reviews on this one run the gamut. Jonas Kaufmann is Parsifal and Rene Pape sings Gurnemanz. I watched and heard RenePape bring the house down several times singing Wagner in Berlin at the 2002 Wagner Fest when they performed all 10 of his greatest operas! Great voices, good casting, lots of blood, and it’s 5 hours and 45 minutes long. I’ll save you a seat.

GEOGRAPHY OF A HORSE DREAMER. Nigel Sanders-Self isdirecting this 1974 play by Sam Shepard. Its two acts center on a guy who can dream winners of horse races and on the thugs who kidnap him to bet on those dreams. Erik Gandolfi, Chad Davies and Aaron Walker star in this black comedy. Produced by the Jewel Theatre Company, it’s at the Center Stage at 1001 Center Street, Santa Cruz. Go to www.JewelTheatre.net or call 425-7506 for tickets, and don’t wait too long, or it’ll sell out.

On Feb. 26 Julie James talks about the Sam Shepard play “Geography of A Horse Dreamer” coming to the Jewel Theatre (2/28-3/17)and Kathy Bisbee and Lynn Miller talk about Community Television’s future. Historian, author Sandy Lydon guests on March 5th for the pledge drive night. Teacher, fiddler Annie Steinhart talks about her new book “Pele Voodoo Live” on March 12. She’s followed by Linda Burman Hall unfolding the Santa Cruz Baroque Festival’s new season. Joop Rubens is first on March 19th talking about the work that the local Firelight Foundation does. After Joop 2 photographers from the Six Views Show at the Leeds Gallery (2/15-3/25) talk about their show. UCSC’s assoc. prof. Ben Leeds Carson talks about the annual April in Santa Cruz Festival followed by Cabrilho College’s John Orlando and the concerts in the Distinguished Artists Series. Alexandra Kennedy discussesissues attached to grief on April 2nd. Do remember, any and all suggestions for future programs are more than welcome so tune in, and keep listening. Email me always at bratton@cruzio.com

QUOTES. “Basically my wife was immature. I’d be at home in my bath and she’d come in and sink my boats”. Woody Allen. “Here’s to Woman! Would that we could fall into their arms without falling into her hands”, Ambrose Bierce. “She said he proposed something to her on their wedding night that even her own brother wouldn’t have suggested”, James Thurber 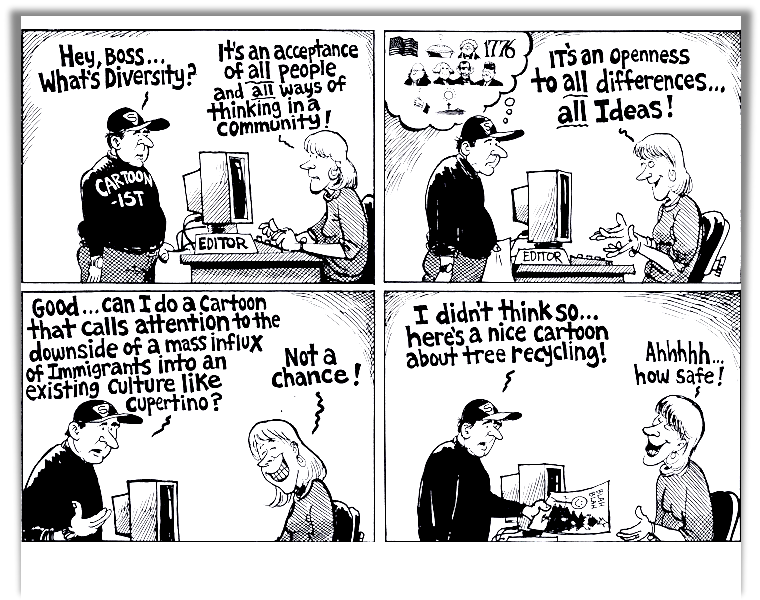 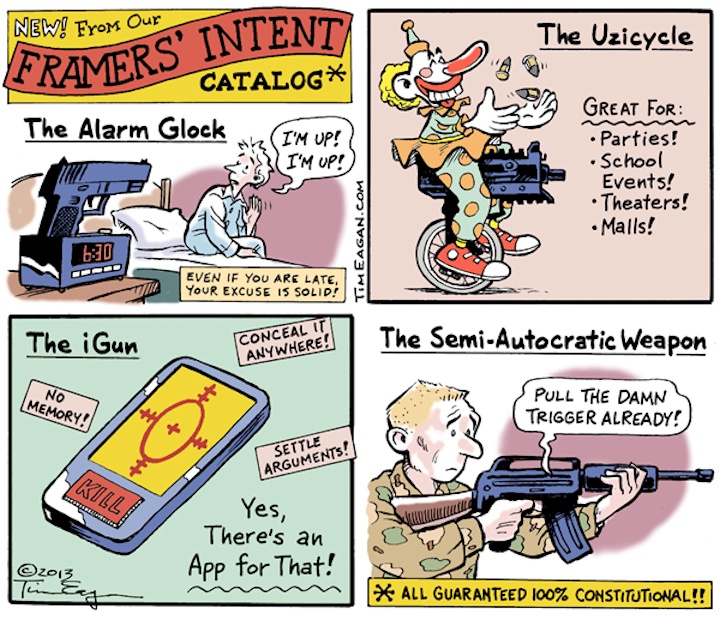