WARRIOR TENT ACCOUNTING??? Now that there have been 10 Santa Cruz Warriors home games isn’t it about time that the City provide us with an update on just how our huge investment in the Warriors D team and the Kaiser Permanente Arena is working out? If nobody else, than we should hope that Don Lane would have enough integrity to make a public report on income and profits on concessions, how much from parking lot game fees, how is the attendance so far? Does it meet expectations? Just how much do we get from Kaiser Permanente for displaying their name (remember we don’t allow billboards here!) If it’s working…fine, if not let’s hear about it….why the secrets??? And why don’t they turn down the amplified drum sounds…that reverb around the entire neighborhood?? They apparently don’t turn that amplified sound on during the High School games that have been held there.

LATTÉ BREAKING NEWS. Rachel Goodman says she didn’t meet the Tannery’s fund drive goals, that’s why she’s not there anymore. But she has big ongoing plans involving photographing seniors and their life stories. Lyle Troxell says he’s not leaving the County just UCSC after 10 years. He’ll still keep doing his KUSP radio show Geek Speak, and his new geek job thing is at 4D who’s home office is in Paris. Lyle will work out of their San Jose office however. . Tough times at Good Times…furloughs, cutbacks, cost cutting everywhere. First, they dumped Ron Slack and some other folks but it’s still tough going. Then again even new media like Santa Cruz Patch is “dealing with issues” and so is all of the Patch USA network….watch this one closely. Patch.com is owned by the AOL (America On Line) Corporation. AOL also bought Huffington Post awhile back. Lastly but not leastly, rumors have it that Nautical Treasures, the tshatshke shop over by The Crow’s Nest is moving into the old Gravago Shoppe on Cooper Street.

ELERICK’S INPUT. Paul emails to say…
The Santa Cruz County Regional Transportation Commission moves ahead, in spite of creeping Republicanism from three of its members.

In response to letters from community members opposed to passenger rail, the Commission kept the railroad tracks in place. But most of the meeting was spent debating the adoption of the 2013 Regional Surface Transportation Program (RSTP). They finally approved the programming of approximately $5.3M of RSTP funds, on a vote of 9-3, as recommended by RTC staff, with only one small change. However, it was agonizing to the public to listen to Commissioner Randy Johnson repeatedly berate RTC staff for their recommendations of actually funding people to work on their recommended bike projects and he voted no. Johnson reminded me of a 7th grade teacher I once had who enjoyed tormenting students publicly. Also voting against the RTC staff were Commissioners Lynn Robinson and Ron Graves, but for reasons that were harder to comprehend. Watch for a rerun of this meeting on Community TV and check the RTC’s website for minutes from this meeting when they are available.

Safeway and their consultants are doing another dog-and-pony show for community members later this month to convince us that we need what they’re up to, according to an ad in the Sentinel. Maybe at this meeting they can also explain the blight of the newest “yard signs” posted throughout their parking lots advertising for Safeway. But there is organized opposition forming to Safeway’s plans to tear out local businesses. Stay tuned. (Paul Elerick is co-chair, along with Peter Scott, of the Campaign for Sensible Transportation, http://sensibletransportation.org , and is a member of Nisene 2 Sea, a group of open space advocates).

PATTON’S PROGRAM. Gary talks and writes about a job at the Coastal Watershed Council or CWC. (not to be confused with the Community Water Coalition!) He announces that there’s a meeting on the future of water in the Pajaro Valley. Will there be a new marijuana dispensary at 1321 Water Street. Patton also breaks down what “affordable housing” means in Monterey County. Read it all here XXXX Read all of above at Gary’s KUSP Land Use scripts http://blogs.kusp.org/landuse (Gary Patton is “Of Counsel” to the Santa Cruz law firm of Wittwer & Parkin, which specializes in land use and environmental law. The opinions expressed are Mr. Patton’s. Gary has his own website, “Two Worlds / 365” – www.gapatton.net)

VINTAGE DE CINZO.Like herpes, flu, and the NRA, CAL-AM will always be with us.(Cal-Am’s headquarters is in Voorhees , New Jersey).Mr. DeCinzo gives us a repeat of another of his classics. Page below a little.

EAGANS DEEP COVER. Tim addresses the “right to arm bears” and other members of the community… scroll below…

LANDAU’S PROGRES. Saul writes about Celia Sanchez in this week’s edition of Progreso weekly. He says, “Fidel, without Celia at his side, and still missing his friend and doctor Rene Vallejo, understood the depths of his personal loss. He made Celia into a national hero, which she richly deserved. Thanks to this biography, not heavy on critical characteristics, readers can understand some of the elements and people in the underground and the mountains, that put the Cuban revolution together, and how the word “commitment” resonated through the life of Celia Sanchez Manduley. This heroic woman’s body and brain throbbed with vital energy that she transmitted to her revolutionary work and to her comrades”. Read all of it here…http://progreso-weekly.com/ini/index.php/cuba/3685-celia-sanchez

LISA JENSEN LINKS. Lisa writes…”Fasten your seatbelts, it’s going to be a bumpy night at the Oscars on Sunday. This week on Lisa Jensen Online Express (http://ljo-express.blogspot.com), I make my usual reckless attempt to predict the winners.” Lisa has been writing film reviews and columns for Good Times since 1975.

BEAUTIFUL CREATURES. Jeremy Irons and Emma Thompson are in this and it’s gotta be for the money. It’s sort of the Addams Family meets Dogpatch’s Lil Abner gang in thiswaste of time teeny- tiny movie.

ELENA, A Russian version of Amour (2012). A winner at the 2012 Cannes and Sundance Film Festivals.The problem (and solution) is that the theme is too close to the Amour “taking care of a senior partner” with love. Moving, touching, lots of downtown Moscow, and an ending that is definitely non-Hollywood. Available at Cedar Street Video. An absolutely excellent film.

OSCARS, AND SOME REALLY GOOD FILMS. Usually just about 5 minutes before the Academy Awards show starts, I’ll make guesses on their choices for Oscars…there isn’t much point to it. But I do work hard to choose at least 10 films I liked each year. Not having the Nick’s Critic Session to have fun with, Lisa Jensen, Christina Waters and I each picked our personal favorites on my Universal Grapevine Program last Tuesday. My 2012 favorites were The Horse Of Turin, Once Upon a Time In Anatolia, Holy Motors, The Loneliest Planet, A late Quartet, Beasts of the Southern Wild, Lincoln, Amour, The Forgiveness of Blood and The Master. Since Tuesday I added Elena. As usual I found each of these films on DVD’s at Cedar Street Video.

Feb. 19th has Kimberly Jannarone and Nancy Carlin discussing the huge Peer Gynt Project about to happen at UCSC. They’re followed by Sandra Nicols and her new role on the Santa Cruz’s Board of Education. On Feb. 26 Julie James talks about the Sam Shepard play at coming to the Jewel Theatre and Kathy Bisbee and Lynn Miller talk about Community Television’s future. Historian, author Sandy Lydon guests on March 5th for the pledge drive night. Teacher, fiddler Annie Steinhart talks about her new book “Pele Voodoo Live” on March 12. She’s followed by Linda Burman Hall unfolding the Santa Cruz Baroque Festival’s new season. Joop Rubens is first on March 19th talking about the work that the local Firelight Foundation does. After Joop 2 photographers from the Six Views Show at the Leeds Gallery (2/15-3/25) talk about their show. UCSC’s assoc. prof. Ben Leeds Carson talks about the annual April in Santa Cruz Festival followed by Cabrilho College’s John Orlando and the concerts in the Distinguished Artists Series. Do remember, any and all suggestions for future programs are more than welcome so tune in, and keep listening. Email me always at bratton@cruzio.com

“When I lost my possessions I found my creativity. I felt I was being born for the first time”, Yip Harburg (Yip wrote all the songs in The Wizard of Oz, Only a Paper Moon, April in Paris) etc. “The whole universe resounds with the verb, I am.”, Alexander Scriabin. “Truth is error burned up“, Norman O. Brown. 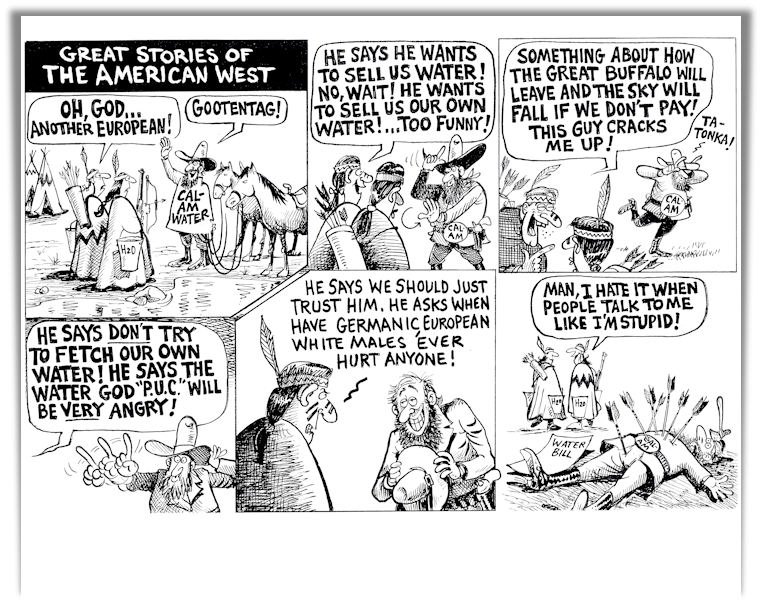 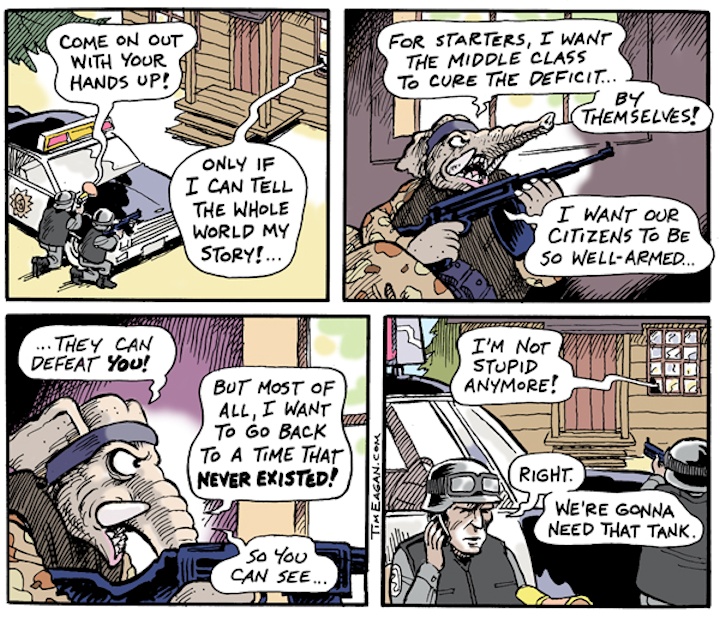