WARRIORS RUBBER WELCOME MAT. I really hope the Warriors tent deal works out. I mean it’s here, the city has gone way out on a limb financially, aesthetically, and almost morally to make money off the deal. But, when I read items in Monday’s San Francisco Chronicle such as, “Warrior’s Credibility May be Shot” I have serious doubts. Read all of Randy Shandobil’s Open Forum column here. Its about trusting the management of the Warriors. Read the part where it says, “The Warriors, led by owners Joe Lacob and Peter Guber, are asking San Franciscans, city leaders, planning commissioners and environmentalists to believe that the team can build a 17,500-seat, 135-foot tall arena on Piers 30-32 without blocking views from the waterfront, without creating traffic gridlock along the Embarcadero and without harming the San Francisco Bay. And the Warriors promise they can do all that using local union workers. And they wouldn’t use any public money. Can they deliver on all those promises?”

Then read the part where it says, “Public Relations 101: To persuade people to trust you, be transparent and tell the truth. Are the Warriors being fully forthright and transparent about any potential problems they might encounter in building their arena? So far, there is nothing to suggest they haven’t been. But if the Warriors continue to be evasive about the true status of their star players, San Francisco city leaders might wonder if they are getting the whole truth about the team’s ability to build a waterfront arena, without blocking waterfront views and without using any public money”. What I hope won’t happen (but I’m afraid it will is that in about the Spring of 2014 the Warriors owners will decide that the “Santa Cruz team and arena deal” isn’t working. They’ll find a loophole, a clause, some very legal to back out of town, leaving us all high and dry. That’s Spring of 2014. Speaking of high and dry, I asked Don Lane when we were both working at the Grey Bears Holiday Dinner about the huge rain run-off from the Warriors rubber tent roof. He said he didn’t know but would look into it. That’s if we ever get that much rain again!!!

NEW/REVISED PARKING LOT AT FARMERS MARKET?? Micah Posner emailed last week… “There is a new impetus/argument for the garage or a Paid Not to Park Program. The city will be giving the Seaside Company 250 spots downtown during the summer for their employees in exchange for lot for the basketball stadium”. Apparently The Downtown Commission discussed this idea last week.

FAREWELL MARGARET METZINGER. Margaret Metzinger died a couple of weeks ago. I didn’t know Margaret, but she certainly had a lot of friends. Here’s an email I received…”Margaret was an educator, nurse, and political activist. For over twenty years she lived in Santa Cruz, California, a place that she loved and we had hoped she would be able to return home to. She was active in the Santa Cruz community as a member of WILPF (Women’s International League for Peace and Freedom), the Raging Grannies, and a number of other social justice organizations. One of her greatest joys in life was live music, and on any given night she would go out in Santa Cruz to see live performances. She was never in a rush, and always had time to listen or talk. Even strangers were treated as friends. She will be dearly missed by those who knew and loved her. A celebration of her life will be held on Friday, December 7, 2012 at 12:00 noon, at the Kuumbwa Jazz Center in Santa Cruz at 320-2 Cedar Street, Santa Cruz, CA 95060 (831) 427-2227. For further information please email margaretmemorial@gmail.com

PATTON’S PROGRAM. Gary talks about LAFCO, and UCSC. Then he explains RTC and TAMC, he mentions the Ventana Wilderness Alliance. In addition to those topics he states, “In Santa Cruz County, slightly more than half of the population lives outside of an incorporated city. If you live in Live Oak, or Aptos, or Soquel, or Ben Lomond, or Freedom, or La Selva Beach, or Pasatiempo, or Boulder Creek, or Felton, you need to pay attention to what the County Planning Commission is doing. While the ultimate responsibility for land use and planning decisions outside the boundaries of cities is with the Board of Supervisors, the Board often defers to what the Planning Commission does, or recommends. So, here is a “heads up.” The Santa Cruz County Planning Commission is going to hold an evening study session on Wednesday, December 12th, next week, at 6:30 p.m. The study session will focus on a proposed “Transit Corridors Plan for Sustainable Communities.” Unincorporated areas in mid-county would be directly impacted. Mark your calendar for next Wednesday’s (Dec. 14) meeting.

EAGANS DEEP COVER. Obama begins working it out with the Republicans, but only maybe….see below.

LANDAU’S PROGRES. Saul’s weekly column is titled, “Cuban Americans are Many things, But few are conservatives”. In it he says, “Several of our friends expressed shock when they learned that President Obama had won some 48% of south Florida’s Cuban-American vote. One asked: how can you explain that a reputedly reactionary community would yield such a high percentage vote for a Democrat? The answer relates to confusion. The Cuban Americans in the Miami area have gotten mislabeled. They do not belong in the social or “cultural conservative” category. Some sectors of the “Latino” community do have conservative social views. But apart from their harsh position on the Cuban revolution, Cuban Americans do not strongly oppose divorce, women’s rights, social security, social welfare payments, or sexual preference”. Read it all here… Saul Landau is an Institute for Policy Studies fellow whose films are on DVD from roundworldproductions@gmail.com

LISA JENSEN LINKS. “This week at Lisa Jensen Online Express (http://ljo-express.blogspot.com), see if you have the Luck of the Draw at the Santa Cruz Art League’s annual art swap, check out some cool First Night festivities, find out if the new Anna Karenina is truly epic, or an epic fail, and read all about the “secret book sculptor,” the biggest mystery to come out of Scotland since the Loch Ness Monster.” Lisa has been writing film reviews and columns for Good Times since 1975.

KILLING THEM SOFTLY. Brad Pitt reminds us that he can act in this excellent gangster film. So does Richard Jenkins, James Gandolfini, and Ray Liotta. Liotta really got to me in his role as bad guy gone good. The dialogue, acting, editing, and directing all work together to make this one fine film. Its several cuts above any American gangster film in nearly a decade.

ANNA KARENNINA. It’s one of the very best love stories of all time. It’s been filmed many times and this version starring Keira Knightly and Jude Law with a script by Tom Stoppard, sets the entire drama in a half stage- half outdoors setting. This partial reality gets in the way. You constantly ask yourself is this real or the stage part? Nothing gets too serious before the stage stuff intrudes. Knightly has the ability to appear onscreen as the most beautiful woman ever filmed OR the plainest blah presence ever tolerated. If you’ve seen any version of this or can rent one , do it. This one misses.

PEER GYNT IN 2013 AT UCSC. Consider this a friendly warning that if you don’t set aside all the dates now, you’ll be sorry once the announcements are officially promoted. Here’s the Gynt project website http://thegyntproject.com. And here’s what Christina Waters wrote about the project a while ago… http://thegyntproject.com . Check it all out, and if you’ve always been curious about what’s behind Peer Gynt now’s the time.

NUTTY AT BLITZER.We used to call Futzie Nutzle “Nutty”, and people are calling him more often than ever nowadays!!! He told me, and Nutty never lies, that he’s got one of his biggest shows of art opening at The Blitzer Gallery where Wrigley’s used to be. It opens on December 7th. If you think you’ve seen all the styles and beauty and politics on Nutty’s art, you’ll be surprised each time he has a new show. Go see this one.

UNIVERSAL GRAPEVINE. Each and every Tuesday from 7:00-8:00 p.m. I host Universal Grapevine on KZSC 88.1 fm. or on your computer (live only, or sometimes old programs are archived…(see next paragraph) and go to WWW.KZSC.ORG. Joe Jordan talks about NASA, space and Global Warming on December 4th followed by Attorney Bob Taren wrapping up the local political year. December 11 has photographer Charles Berger discussing the fine points of his art. After which, UCSC Student Kim Schneider comes back talking about Teach the Forest, LRDP’ s, and late breaking LAFCO items. Then on December 18 Futzie Nutzle talks about his Blitzer Gallery show. On Christmas Night (12/25) I’ll be in LA and Victorville so we’ll re-play the Grapevine with Katherine Beiers , Celia and Peter Scott. Do remember, any and all suggestions for future programs are more than welcome, so tune in, and keep listening. Email me always at bratton@cruzio.com 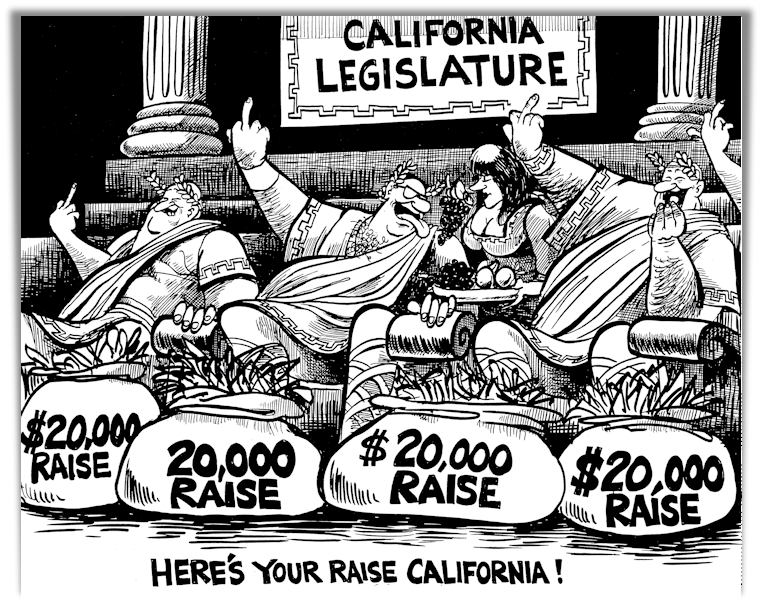 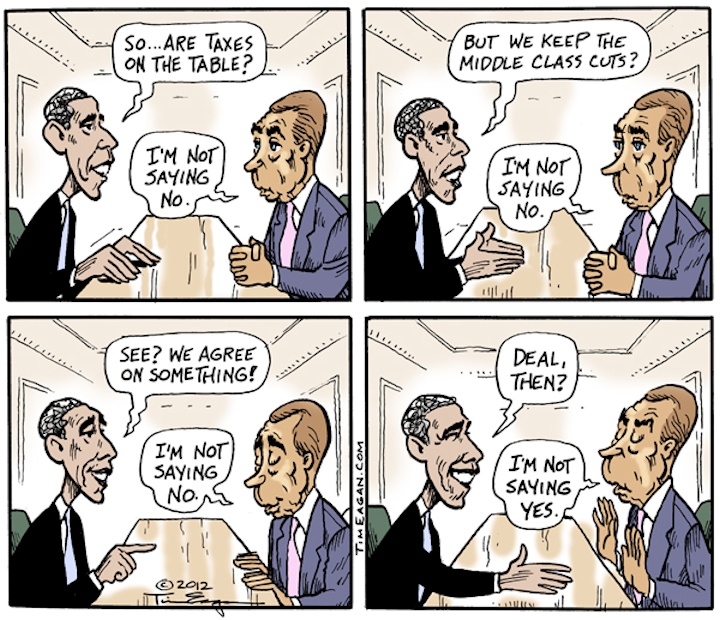