HISTORICAL QUESTION. Which was it Brigham Young University or Oral Roberts University? My nephew Larry Cornman and I got to talking at Thanksgiving about how poorly UCSC was doing back about 1980-1982 while he and his brother Bob were going to school here. I used to read in the Sentinel and write about the proposed sale of the UCSC Campus to either Brigham Young University. Larry says nope, it was Oral Roberts University that was being considered as a possible buyer. Larry went on to say that the only thing that saved the UCSC Campus was to guarantee future students that they could get into UC Berkeley if they did their first two years at UCSC. It worked and the then nearly empty campus was saved. Now who can tell me with any authority whether it was BYU or Oral U. that almost became our big neighbor? I’ve asked all my historical friends…nada! Don Miller of the Sentinel hasn’t responded about using the Sentinel archives…so somebody out there must know. Please advise!!!

CREATING A NEW AND “INTERACTIVE” CITY COUNCIL. We have our new City Council now, and we’ll probably survive…but what about a new way of representing the people…por ejemplo…All too many times the council dismisses issues or isn’t aware of just how many citizens care about a problem that faces our city. Few town halls are held because the council claims with little or no proof that it isn’t of sufficient interest…SO….Get Cruzio to develop (from plenty of existing sources) a secure voting system for our City. The results wouldn’t be necessarily “official”…lots of folks don’t use the internet. BUT if they put out the “vote” online about how many people care about an issue and got whatever they figured would be a sizable number of voters to listen to. (Guesses are that 80% or more Santa Cruzans use the internet!!) Then the council could be more aware, more honest and more responsible to us folks who got them into office. Far too many residents don’t like or trust De-salination plants…but Bill Kocher, Mike Rotkin and of course Cynthia keep pushing it. That’s with the help of UCSC of course they want that water for the new campus, when they get the funds to build more of than they have already. These Council Servants of the people have become all to used to the concept that they know more than we do about what’s good for us. With an online tabulation they could see, and WE could see how many citizens wanted or didn’t want De-sal, or Pogonip, or widening Highway 1, or La Bahia or Arana Gulch. No more developers shoving it down their throats and ours. And remember that cost of these “people’s voices” or internet votes would be free and fast…and secure.

Bill Monning presented Peter and Celia with a certificate thanking them for their service to the community, Mark Stone spoke on the importance of community activism as he views it from his position as a County Supervisor and Coastal Commissioner, Gary Patton, before introducing the Scotts, gave the crowd a historical and humorous perspective of their accomplishments.

However, all this was upstaged by the guests of honor, Peter (on the banjo) and Celia leading the crowd in singing “Widening One Won’t Work” and the San Lorenzo River Song.

It was a special afternoon, re-connecting with old friends and making new ones. Too bad somebody from the Sentinel didn’t cover this event; they might have been surprised that the people they frequently refer to as the “old guard” activists are still alive and kicking! Oh yes, the Campaign for Sensible Transportation wants to thank everybody who attended for such a successful fund-raiser. We’ll be updating our website with a better report on the event, keep looking at www.sensibletransportation.org for more news, and updates on our lawsuit against Caltrans. Our attorney has just emailed that our December 17 court date has just been postponed until mid-January.

(Paul Elerick is thechair of the Campaign for Sensible Transportation, http://sensibletransportation.org and is a member of Nisene 2 Sea, a group of open space advocates, and also a member of the Sierra Club’s Santa Cruz Group’s executive committee).

MÖBIUS STRIP EXPLAINED. Try this on your tintype over the holidays.

BEYOND MÖBIUS STRIPS. Like for example what do you get when you glue, then cut two Möbius Strips?? This becomes nearly mind boggling but it’s something to think about during these holiday parties.

PATTON’S PROGRAM. Gary talks about the uses and importance of General Plans. He relates news about Wildfire Plans in Monterey County and why we should be careful of them. What’s the use and importance and the in’s and out’s of a “Consent Agenda“?? He uses the word “Kleptocratic” and talks about a co-op in Salinas. (Gary Patton is “Of Counsel” to the Santa Cruz law firm of Wittwer & Parkin, which specializes in land use and environmental law. The opinions expressed are Mr. Patton’s. Gary has his own website, “Two Worlds / 365” – www.gapatton.net )

EAGANS DEEP COVER. Certain mysterious forces say we should call this Deep COLOR but never mind. It’s how Tim Eagan foresees the dealing with taxes…scroll below.

LANDAU’S PROGRES. “WIKILEAKS DESERVES AN AWARD” says Saul Landau in this issue. He continues, “U.S. officials routinely declare commitment to a free press – except when someone uses it to reveal unflattering information. Ironically, members of the media critical of Wikileaks also think the government should protect us by not sharing “classified information.” Those two words often alert us to some bureaucrat who is covering his ass by barring the public from knowing of a possibly illegal act. In school, Americans routinely hear “we are a government of law.” Teachers should add “when convenient.” Indeed, Julian Assange formed Wikileaks because the U.S. government had acted in a wildly illegal fashion and then used “classification of documents” to cover crimes — and because mainstream media abdicated its responsibility decades ago”. Read it all here

LINK TO LYDON. Sandy Lydon and Gary Griggs are skulking around plotting stuff and sent this missive…”First off, here’s the link – I know it’s long and a pain – we’re working on making it easier – but won’t have it fixed for a week or so:

Griggs and I spent yesterday with our photo files and went up and did a dress rehearsal of the North Coast walk for this coming Saturday December 18. — Wow, have we got some great stuff — Unless a person has walked along that cliff-top from Scotts Creek Beach down to Davenport Landing, they wouldn’t have a clue as to what’s out there…amazing. There’s a storm coming for this weekend, apparently, in which case we’ll have to reschedule the damned thing — if there’s one place you don’t want to be when a storm blasts in off the Pacific, it’s El Jarro Point. (Griggs can show the group the PRECISE earthquake fault that helped do in the PG&E nuclear project out there). Cool stuff. Happy Holidays! Onward! Sandy

LISA JENSEN LINKS. This week at Lisa Jensen Online Express she promises you can catch up with some vintage holiday chestnuts at the Aptos Cinema Classics series, and find out why I think Dickens’ A Christmas Carol is the perfect novel (and what my favorite adaptations are) in advance of the upcoming Cabrillo Stage version.

WATERS WEIGHS IN. Christina comes back from Santa Fe full of tamales and restaurant tips. All at http://christinawaters.com

PREPARED AND DANCEABLE PIANO’S ODE TO JOY I can’t embed this video from the New York Times, but it’s rather interesting. Just click the link and see for yourself!

THE TOURIST. The visual sugar contented of this tripe could probably be counted in calories. For an international spy film set in Venice there isn’t one second of tension or suspense in this fluff. Watching Angelina J. smart around and to see Johnny Depp without eye makeup isn’t worth your hard earned money or time. Jolie looks like she’s wearing all of Depp’s eyeliner from Pirates of the Caribbean series. It’s mostly due to bad directing by Florian Donnersmark who’s done much better work in the past.

NARNIA, CHRONICLES OF. This lack luster spell binding, sword, dragon, dreams, innocent kids stuff is getting boring. It’s just another mess of poor special effects spinning off from Hobbits, Potter, Go see Tangled in 3D, it’s not great either but it’s better than this serialized duplication.

HOSTETTER’S HOT STUFF. Another little update before the next little update: Kleptograss, my pal Eric’s ongoing effort to mix things up, has a new CD and a show coming right up; Kevin Carr will be telling stories at the Freight on an afternoon soon, and the Blind Boys of Alabama have a Christmas show, of all things. Then the holidays will scramble all our brains and it’ll suddenly be 2011. Have a look right here. You’ll see. Cheers, ph

(editors note..scroll to the very bottom of Paul’s site and check out the animated 2 headed banjo player and other features).

HOLIDAY FUNNY THINGS. Simon Kelly and Ralph Davila teamed up to send this…A paraprosdokian is a figure of speech in which the latter part of a sentence or phrase is surprising or unexpected in a way that causes the reader or listener to re-frame or reinterpret the first part. It is frequently used for humorous or dramatic effect. Enjoy!

QUOTES. “The Gullickson Twins, Tim and Tom, are both from Wisconsin”, Dan Maskell. “Skiing? Why should I break my leg at 40 degrees below zero, when I can fall downstairs at home?”, Corey Ford. “Meet my daughter,” said the bishop, with some disgust”, Evelyn Waugh. 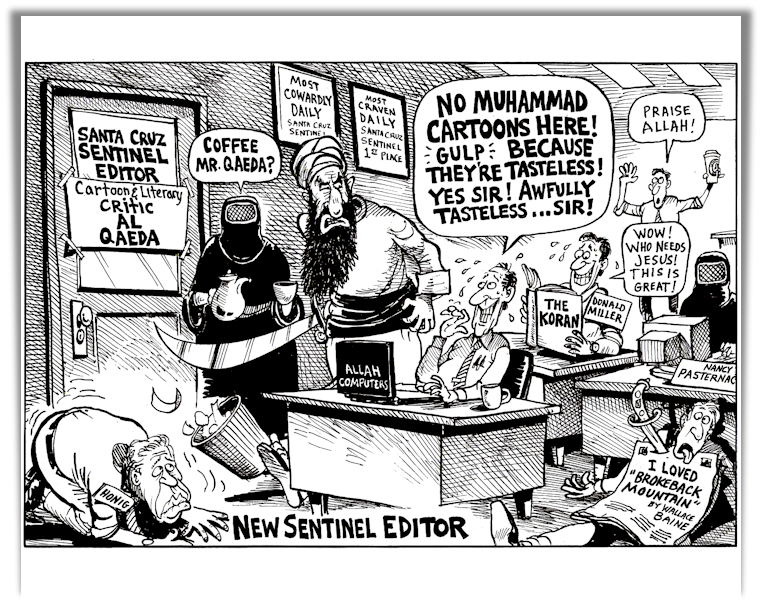