LES BLANK DIED LAST SUNDAY MORNING (4/7). Chris Strachwitz of Arhoolie Records announced on FB that “Les Blank died last Sunday morning – he passed on to the big feast, dance, film fun, etc up yonder! I went over today along with other friends and said a post mortem good bye. He apparently had a very peaceful going home number. I was glad to have visited him last Friday – he was comfortable and peaceful without pain listening to us chatting and telling stories – attended to by the loyal Chris Simon, Susan Kell, along with his sons, Harrod and Bo and frequent visitors including Suzy and Eric Thompson who serenaded him as I hear with his eyes blinking for more! Les’ ex taught at Santa Cruz High for decades and his sons were really involved with our local Art Cars exhibits. Les was of course one of the best independent film makers around. Click here for his very long filmography

PATTON’S PROGRAM. Gary Patton talks about Monster Houses, hoop houses becoming greenhouses and new breaks being sought by developers. Be sure to read all of his 5 daily radio scripts…por ejemplo..

Gary’s script for Wednesday 4/10 reads…Land use policies enacted by elected officials are implemented by planning staff. People who want to develop their property show up at the planning department counter and talk to a planner. They appear to be a kind of “customer” seeking services, and they often find that doing what they want to do is going to take more time than they thought, and will cost more money than they thought. Geologic reviews or traffic studies may be required. Water availability may be an issue, or road access. All of these requirements are spelled out in the planning regulations.

Elected officials and planning staff are naturally distressed when people wanting to do reasonable things find that the planning rules make it difficult. Thus, there are efforts to “streamline” the rules. That’s great, but there is an important point to remember. The “customer” to be served by the planning department and the intended beneficiary of the planning rules isn’t actually the person who comes to the counter with a development proposal. The “customer” is the public at large.

Streamlining away opportunities for public participation, or eliminating reviews intended to protect the public health, safety, and welfare does make applicants happy, but applicants are not the “customer.” Good planning policies should do whatever they reasonably can to help the planning applicant, but they should always reflect a commitment to the “customer first.” And the customer is the public, not the developer.

VINTAGE DE CINZO. Steven had The Supreme Court figured out…long ago!! Scroll below…

EAGANS DEEP COVER. Tim takes an other-worldly view of our “progress” to date. See below about three pages, or so.

LANDAU’S PROGRES. Saul writes with Nelson P. Valdes an article titled “Isn’t 54 years of Failure enough”? In it they state… For over five decades, U.S. policy makers have attempted to overthrow the government in Cuba. Their arguments for doing so have changed over time, as have their methods. But the objective has remained: to deny Cuba’s right of self-determination and to impose from the outside the economic, social and economic arrangement that the U.S. government decides. They conclude with… “Without using facts or history to sustain its policy, Washington has produced 54 years of consecutive failures. In their efforts to destroy the independence of the Cuban government, it has weakened international law and isolated the United States by violating fundamental principles of human decency. To establish a new policy toward Cuba, which the international community and the American public demand, the Oval Office and the State Department have to change the previous notions that are not based in reality. Read the rest of it here… Saul Landau is an Institute for Policy Studies fellow whose films are on DVD from roundworldproductions@gmail.com

LISA JENSEN LINKS. Lisa writes: “Surf on over to Lisa Jensen Online Express (http://ljo-express.blogspot.com) for random notes on arts and entertainment in Santa Cruz County, film reviews, art events, impromptu essays, and twisted tales from the writing life.” Lisa has been writing film reviews and columns for Good Times since 1975.

FILMS SCREENING NOW AND WORTH SEEING. Ginger & Rosa, Quartet, Side Effects, Upside Down, and No. (scroll down to past column for critiques).

SILENCE.It has the same kind of intelligent tension and drama that the original “Girl With The Dragon Tattoo” films had. An excellent murder mystery that will keep you spellbound every minute. By the way the murderer looks like John Laird with a beard. In German with subtitles. See it asap.

BEYOND THE HILLS.A tender, sensitive perfectly directed film. It’s about two young women friends who push, rip and tear apart their relationship to each other. Much takes place in a monastery in Romania’s Moldova region. A long film but well worth seeing.

UP ON POPPY HILL.It’s another charming, seemingly light, almost incestful, story from Japan’s Ghibli Studios. Miyazaki drew this drama of teenage life in post war taking place in 1963 Yokohama. All cartoon, but too talky for the children in your life, and Miyazaki still can’t draw Asian eyes properly.

ROOM 423. ( repeated warning from last week)This is truly a conspiracy theory collector’s dream film. It’s a documentary featuring some real life jerks taking apart Stanley Kubrick’ s classic film from Stephen King’s classic book “The Shining” and saying Kubrick hid messages all through the film. Messages such as “truths” about the holocaust, about the USA Apollo never going to the moon, American Indian blood battles, and you name it. These conspirators are either so clever at creating a parody of paranoiacs or they are nuts. Don’t go anyways.

GIMME THE LOOT.This mess won’t get here for a few weeks yet but I wanted to warn you that I’ve been going to the Nickelodeon and the Del Mar since 1970. Gimme The loot is without any doubt the worst film I’ve ever seen at either theatre. I’ll repeat this next week, just in case!!!

EVIL DEAD.I’ve seen dozens of terrible films at Cinema 9. Usually I walk out when it reaches my tolerance level. I stayed to see if this bloody, violent, senseless flick had anything at all going for it…it doesn’t. What’s even worse is that all of the previews (trailers) were just as violent, dumb, bloodfull, money-grabbing as the studios could imagine. Freedom of speech and all that, but warnings like “EXCESSIVE VIOLENCE” should be posted on-line and over the box office window on film products like these.

The talk will feature a conversation about visual culture, history, and sexuality studies between an eminent film studies scholar, Linda Williams, and a pioneering community activist and writer (and UCSC alum), Susie Bright. Between them, Williams and Bright represent a generation of thought and activism in the popular and scholarly study of sexuality, obscenity in art, and feminism. In January 2013, Bright gave a “Sexual State of the Union” lecture at Cornell University on the occasion of the donation of her personal archives to Cornell’s special collections. Williams, Professor of Film & Media and Rhetoric at University of California, Berkeley, has spent much of her career thinking about the place of pornography and erotic visual culture in academic film study and mass culture. This dialogue takes this year’s Arts Division Lecture Series’ theme, “Engaging the Mind,” as an invitation to consider the place of sexuality and sexuality studies in the arts, and to explore the relationship between art-making, art-viewing, and identity.

UNIVERSAL GRAPEVINE. Each and every Tuesday from 7:00-8:00 p.m. I host Universal Grapevine on KZSC 88.1 fm. or on your computer (live only, or sometimes old programs are archived…(see following paragraph) and go to WWW.KZSC.ORG.

April 9 has Dr. Paul Ware talking about the field of Physiatry, after which Michael Tierra talks about The Contemporary Chamber Music concert happening 4/14. April 16 Sarah Albertson talks about the Cabrilho Theatre Festival 2013, followed by Cecile Andrews author of “Living Room Revolution“(secrets of local organizing). Jennifer Colby talks about The Reel Work Film Festival on April 23. Julie James talks about Harold Pinter One Act plays at The Jewel Theatre on April 30.Do remember, any and all suggestions and requests for future programs are more than welcome so tune in, and keep listening. Email me always at bratton@cruzio.com

QUOTES. “America… just a nation of two hundred million used car salesmen with all the money we need to buy guns and no qualms about killing anybody else in the world who tries to make us uncomfortable”, Hunter S. Thompson

“The guns and the bombs, the rockets and the warships, are all symbols of human failure”, Lyndon B. Johnson

“I’d love to play a character with a wife, a nice little house, a couple of kids, a dog, maybe a bit of singing, and no guns and no killing, but nobody offers me those kind of parts”, Christopher Walken.

“America is a country founded on guns. It’s in our DNA. It’s very strange but I feel better having a gun. I really do. I don’t feel safe, I don’t feel the house is completely safe, if I don’t have one hidden somewhere. That’s my thinking, right or wrong”, Brad Pitt 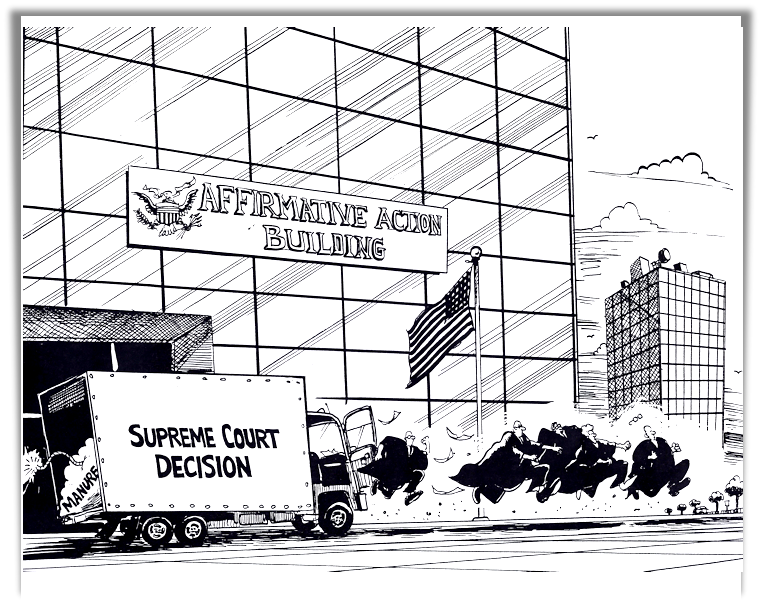 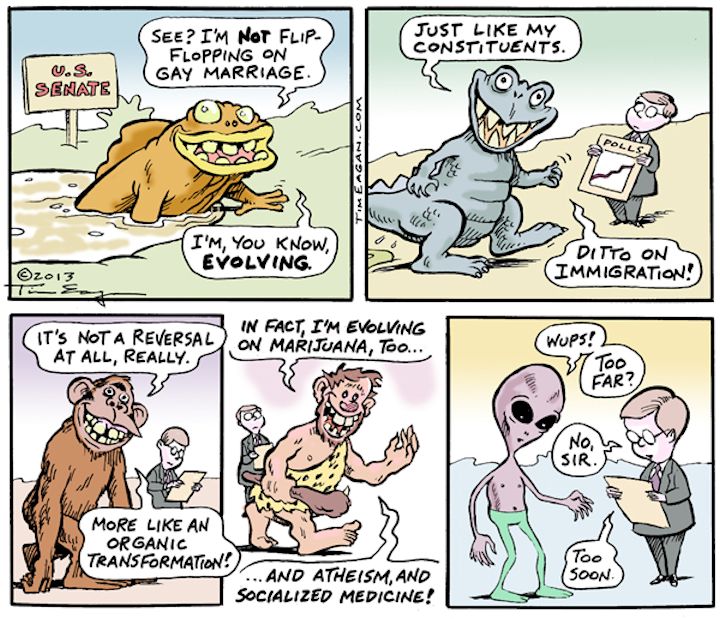