SANDY LYDON ROAST. The Capitola Aptos Rotary stages a fund raiser every year, and does some fine things with the funds they raise. This year six of us are going to do a Roast of historian and good friend Sandy Lydon at the Cocoanut Grove. Gary Griggs, Geoffrey Dunn, Bill Kelsay, George Ow, Phil Wowak and yours truly are revealing stuff about Sandy that few humans ever imagined. Check out his History Dude site at www.SandyLydon.com. It’ll tell you about his nearly legendary trips and hikes to places like The Rio Carmelo, China, Cambria, and naturally his Monterey Bay walks, plus “new” material on area fracking!! But the Roast will be very different from all that, I promise you. Read about the roast and see if any tickets are left… It will happen Friday, May 10 at 6 P.M. I’ll save you a seat.

BIHN WAS BACK. Tom Bihn used to sit creating and sewing backpacks in his little shop on Locust Street across from the parking ticket window way back starting in the 70’s. Now he runs a 30 employee factory in Washington State and advertises in the New Yorker. We’re old friends and over a Palomar lunch got to laughing and reminiscing about them early Santa Cruz political days. (Tom convinced me to get appointed to the Downtown Committee) We got to mutually missing The Resource Center’s Doug Rand and how influential and how funny he was. Tom told me a great story about how he and Doug almost fooled the BART station in Fremont. Ask me the next time we’re together, and I’ll tell you about it. Tom still hasn’t any grey hairs or any at all, and just like almost everybody who moves away, he misses Santa Cruz.

TINY CORRECTIONS. Shen Hong writes to say, “One minor thing: The picture of the Santa Cruz Chinatown is actually a picture of the fourth and last Chinatown in Santa Cruz, not the first. You are right that it was off of Front Street at about the location of the Galleria today though. Actually, the Front Street Chinatown wasn’t the first one either: that distinction would go to the one located on what is now Pacific between Walnut and Lincoln, which lasted from 1862-1877. Source: Lydon, Sandy. Chinese Gold: The Chinese in the Monterey Bay Region. Capitola: Capitola Book Company, 1985.

Les showcased his film, “Garlic is as Good as Ten Mothers” one night in the Santa Cruz High School auditorium (before the remodel) as a fund raiser for both the SCHS Ceramics program and more directly for Gail. The awesome talent of Gene Holton produced a fabulous poster for that fundraiser that was TOO GOOD (if that is possible) …as people were taking them down as collectables as fast as we could post them around town. Les had electric skillets of garlic roasting under the seats whose aroma enveloped the entire auditorium as the film played. It was an amazing effect and we all ate the garlic on bread when the movie ended!!! That was just a smattering of the quiet genius that Les possessed. Les allowed his films and their ambiance do the talking… that was Les. Again, thanks for calling attention to Les and now Gail, both of whom left us way too early in life”. Thanks to Mark for that.

There have been polls, op-eds and government thrashing around trying to understand what’s happened to Santa Cruz that makes it so attractive to thugs and other low-lifes. I don’t think that’s happened overnight, but consider the following. Former beautiful residential neighborhoods, like Seabright for example, have slowly been turned into places a lot less desirable due to development pressure. Who wants to live next door to a former single family lot that is now stuffed with town homes? We used to view Santa Cruz as a nice place to move to after 40 years in Aptos to be closer to the “action”, but now the “action” isn’t limited to entertainment and shopping. Can something be done to stop the rezoning? Does every neighborhood need a hotel or vacation rentals? Why do people buy one story houses in one story neighborhoods and then add a second story? It will be interesting to follow how the City protects the businesses on the East Side from the influx of medical centers that are built right up to the sidewalk lines. Keep an eye on what happens to the vacant Der Weiner schnitzel property on Soquel Ave. This part of Santa Cruz should be protected, there’s not that much left of “old Santa Cruz” to preserve.

PATTON’S PROGRAM. Gary talk, writes, and announces that our Board Of Supes will take on fracking this Tuesday (4/17) …lets watch how they vote. He talks about the EIR on the desalination project coming in May, and about the special task force to study it. He congratulates Peter and Celia Scott for their work in successfully re=establishing bus service to Big Basin. He concludes with interesting news about “Snapshot day”.

VINTAGE DE CINZO.Speaking of dangers on campii…read way below and check out another classic DeCinzo…

EAGANS DEEP COVER. Tim Eagan shows us what’s behind “The Skies will Burn“. Scroll below..

LANDAU’S PROGRES. Saul asks, » When Will the Media ask Important questions“? Part of his article asks, “I find it disturbing that the press corps doesn’t ask obvious questions of high U.S. officials; rather, journalists plead for small details after they accept absurd administration assumptions. He concludes with…Until Obama can answer this question convincingly, U.S. media should push him and other war advocates to the wall with sceptical questions. We are still licking wounds from old wars. Vietnam vets still make up significant sectors of America’s homeless. Should we forget the damage our post WWII wars have done to the wounded, the families that lost children, the trillions of wasted dollars? A war with Iran will cost us, not only in money, but in national health and world prestige. It’s the media’s job to pose the facts and reason into the realm of policy, and to introduce scepticism into the fact and reason-free position of the warmongers. Where is the courageous journalist who will risk raising a challenging question at the next White House press conference?? Read it all here… Saul Landau is an Institute for Policy Studies fellow whose films are on DVD from roundworldproductions@gmail.com

LISA JENSEN LINKS. Lisa writes: “What’s the best writing advice I ever got? What was Terrence Malick thinking with his impressionistic new film, To the Wonder? These and other burning questions grappled with this week at Lisa Jensen Online Express (http://ljo-express.blogspot.com).” Lisa has been writing film reviews and columns for Good Times since 1975.

A PLACE BEYOND THE PINES. Ryan Gosling has that certain something that keeps you watching his every facial expression just trying to figure out who he really is…it’s a great and rare quality in an actor. He is perfect in this movie and so is Bradley Cooper, and I’ve never liked looking at Bradley Cooper, but he’s excellent here too. Eve Mendes and Ray Liotta do perfect jobs as well and the entire movie, with all of its plots is excellent. One of the best American films I’ve seen this year.

TRANCE. It deals with hypnotism, art theft, many dreams, drug trips, and a plot that no one has figured out, yet. James McAvoy’s Scottish accent is one that only he can understand but it doesn’t matter much for his X-Men roles. I completely lost track of where the plot was going and where it went and still don’t care to find out. Trance was nothing compared to Trainspotting a superior film. But the again, Danny Boyle also directed Slumdog Millionaire for which he should be severely penalized.

Ensemble Pamplemousse is a five member musical collective that the UCSC Music Department brought to the campus last week to perform both new compositions by guests and their own works. They play and perform very new music in their own singular style. In one evening they played, and I learned their musical language and found myself more involved in listening to, and sharing their technique, humor, brilliance, musical talent in a way that I’ve rarely experienced in my lifetime. They played eight short compositions (with some composers in the audience) for the first half then returned and performed their own arrangement of those pieces in one extended performance. Tell the UCSC Music Department to bring them back many times. Click here and learn as much as you can about Ensemble Pamplemousse. You’ll see what I mean. Pamplemousse means grapefruit in case you’ve forgotten.

The April 16 broadcast has Sarah Albertson talking about the Cabrilho Theatre Festival 2013, followed by Cecile Andrews author of “Living Room Revolution” (secrets of local community organizing). Jennifer Colby talks about The Reel Work Film Festival on April 23. Julie James talks about Harold Pinter One Act plays at The Jewel Theatre on April 30.Do remember, any and all suggestions and requests for future programs are more than welcome so tune in, and keep listening. Email me always at bratton@cruzio.com

“One should never be unnecessarily rude to a lady except in street cars”, O.Henry.

“I do not have to forgive my enemies—I have had them all shot”. Ramon Narvaez. 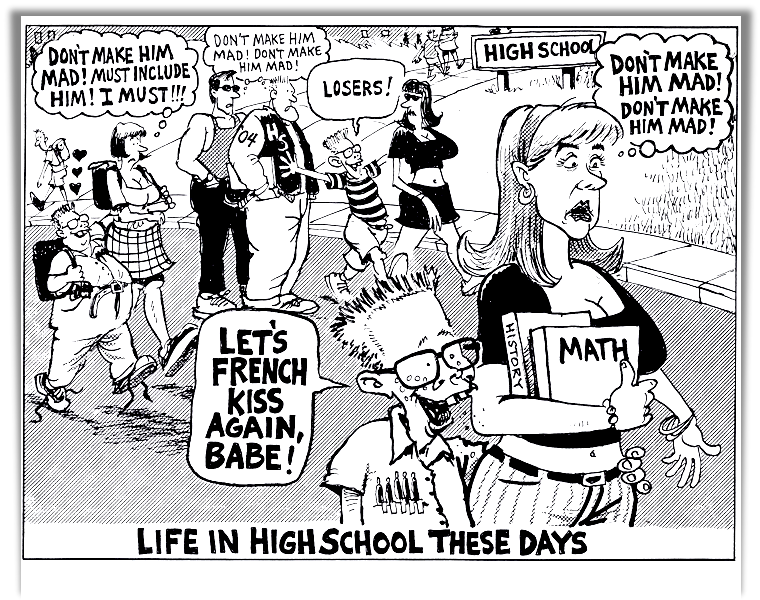 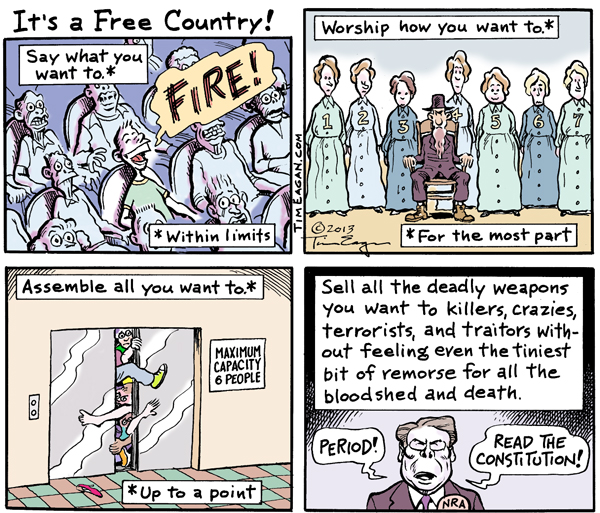