SUBROSA WINDOWS SMASHED!!! This is from an email last week…”Over the weekend (Dec. 1 &2)two of our windows were busted out on two consecutive nights. It wasn’t a burglary (though that has happened several times in the past), but just a semi-random asshole thing to do, we guess. Windows can be replaced, of course. But it is expensive (and disheartening). If you’d like to help, come in during staff hours (9am-2pm M-F) and help make the space feel safe. Or if you can’t make it in, please support our winter fundraiser. The good news is that we’ve met 33% of our goal in our fundraiser. But we only have a little under a month left, which works out to be just over $400 a week.

‘Again, if you can, please stop in and help make the space feel safer. And thanks as always for your support. Wes Modes, SubRosa Collective Fundraising Bottomliner”. Few businesses (or collectives) are as community oriented as The Subrosa. Now’s the time and season, to help out.

MARK STONE’S APPOINTMENT. I got this from the San Lorenzo Valley News

SACRAMENTO – Assembly member Mark Stone (D-Santa Cruz) has been named Chair of the Assembly Human Services Committee. The committee considers legislation regarding child welfare, adult foster care, Cal WORKS, and developmental disability services. “I’m pleased to continue my work to protect the most vulnerable Californians by serving as Chair of the Human Services Committee,” said Stone. “I look forward to focusing on legislation to improve the lives of California’s children, elderly, and disabled citizens.” Stone’s appointment builds upon his previous work as a champion for disadvantaged children. As a Santa Cruz County Supervisor, Stone served on the Santa Cruz County First 5 Commission and the Santa Cruz County Child Welfare System Improvement Plan Steering Committee. During that time, he led an overhaul of the County’s child welfare system, allowing disenfranchised youth of Santa Cruz County to have a voice in their future”.

which says in part…”In a new report issued today, the Pacific Institute released the results of a year-long analysis of the complex and controversial costs of seawater desalination. The conclusion? It is still really expensive, especially compared to alternatives”. It also concludes, “But the public and water planners must not blindly assume that desalination makes sense now: it remains among the most expensive options available to meet water demands”. read all of it here

Aptos gets a great new restaurant

‘It’s called Aptos Burger and it opened across the street from Rancho Del Mar. It’s the same style (and owners) of the Burger restaurant at the corner of Mission and Bay Streets in Santa Cruz. However, the Aptos Burger has a great outdoor deck to enjoy the sun and meet your neighbors. A very classy family-oriented place, their parking lot is nearly full any time they’re open.

‘The consultant team promoting a Safeway mega-store at Rancho Del Mar continues to confound the community. We’re still waiting for that community meeting they promised, so they could hear what we think of their demolition proposal for the shopping center. Instead, they hosted two more promotional events at a small vacant store-front with the same artist’s drawings of what they expect to do. These meetings were held at unbelievably inconvenient times, one starting at 3PM on Tuesday, the one last Saturday at 10:00 A.M. The first one, as reported in the Sentinel, featured a tour of the existing Safeway and didn’t report the attendance. However, Saturday’s turnout was mild, to say the least. I dropped in at 10:15 and joined about six others, along the consultant’s staff, left my letter of opposition to their project and departed.

PATTON’S PROGRAM. Gary states in his KUSP script, “For as long as I have been involved in public life in Santa Cruz County, the elected officials of the City of Watsonville (with some individual exceptions, of course) have wanted to pave over the agricultural land surrounding Watsonville, to build housing, and stores, and factories. The aim has been, it is always claimed, to achieve “economic” benefits for Watsonville. Often, “equity” benefits have been cited, too. The concept has been that we must accept negative “environmental” impacts in order to achieve positive “economic” and “equity” gains. That is the story featured in the Sentinel article”. Agriculture is, by far, the biggest business in the Pajaro Valley, and hundreds of farmworkers depend on employment in the agricultural fields surrounding Watsonville. Does displacing agriculture, and these workers, and putting up a big-box store on productive farmland, actually achieve economic and equity advances for the community at large? Soon, Watsonville voters will have a chance to decide”. Read it all here…XXXXX (Gary Patton is “Of Counsel” to the Santa Cruz law firm of Wittwer & Parkin, which specializes in land use and environmental law. The opinions expressed are Mr. Patton’s. Gary has his own website, “Two Worlds / 365” – www.gapatton.net)

VINTAGE DE CINZO.Substitute Bruce McPherson’s name for Ralph Nader’s and you are up to date!!! Scroll below…

EAGANS DEEP COVER. You’ll have to discover T. Eagan’s « Bubba Bubble » on your own…scroll down…

LANDAU’S PROGRES. “Israel and Gaza Again” is Saul’s title for his weekly opinion in Progreso Weekly. In it he says, “Much of the media propagated the Israeli lie that wicked Hamas started the current fighting by firing missiles, which forced innocent Israel to defend its people and territory. President Barack Obama and the U.S. and Israeli mainstream media blamed Hamas. Yes, Palestinians fired rockets into Israel, and Israel claimed its only reason for bombing Gaza was to stop the rocket fire. However, Israel has consistently launched violent attacks into Gaza with far more firepower and accuracy than that available to the Gazans. The war has ended, temporarily. One hopes Obama fashions the courage to tell Netanyahu and company to stop its brutality and withhold aid until Israel starts moving toward making real peace, recognizing that Palestinians merit a larger and contiguous piece of their rightful (by the 1967 accords) land, as a state”. Read it all here…

LISA JENSEN LINKS. “Go Psycho for Christmas this week at Lisa Jensen Online Express (http://ljo-express.blogspot.com), as Anthony Hopkins steps into the role—and the famous silhouette—of Alfred Hitchcock during the making of his famous horror movie, in Hitchcock.” Lisa has been writing film reviews and columns for Good Times since 1975.

HITCHCOCK. According to folklore, Alfred Hitchcock was a very private person. This film does nothing to convince us that we are getting any closer to the real guy at all. Helen Mirren and Anthony Hopkins do all they can with a “filmsy, flimsy”, script. But the film does include the fact that Hitchcock changed forever the way we see films from the beginning, instead of walking in any old time. James D’Arcy looking so much like Anthony Perkins is the scariest thing in the film about the making of Psycho.

December 11 has photographer Charles Berger discussing the changing field and definitions of photography. After which, UCSC Student Kim Schneider comes back talking about Teach the Forest, LRDP’ s, and late breaking LAFCO items. Then on December 18 Futzie Nutzle talks about his Blitzer Gallery show. Bonnie Stoehn and Virginia Wright tell us about Multidisciplinary Association for Psychedelic Studies or MAPS, and the treatment ofdepression and PTSD. On Christmas Night (12/25) I’ll be in LA and Victorville so we’ll re-play the Grapevine with Katherine Beiers , Celia and Peter Scott. Do remember, any and all suggestions for future programs are more than welcome, so tune in, and keep listening. Email me always at bratton@cruzio.com

QUOTES. “I could prove God statistically“, George Gallup. “Work is our sanity, our self respect, our salvation,> So far from being a curse, work is the greatest blessing”, Henry Ford. A license plate I saw at highway 9 & 1 last week ..“IH8W8IN“(clever , right??) 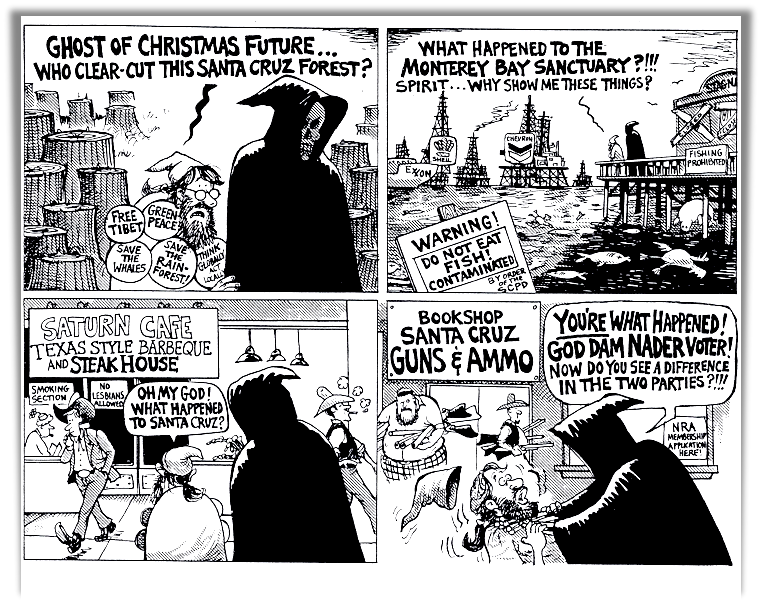 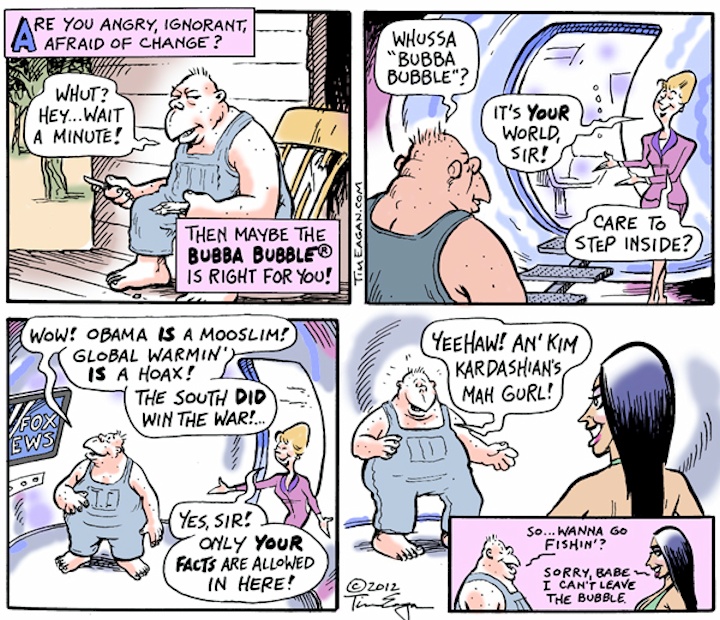