WELCOME FOREVER 21…AND WHY EXACTLY??? Wikipedia says they put the biblical quote John:3:16 on their clothes, and gee that’s just what we need. Then Wikipedia states, “On August 19, 2010, a security guard at a XXI (Forever 21) store at 6801 Hollywood Blvd assaulted and choked a deaf man, Alejandro Rea, for nearly two minutes because he did not stop at the door when the security alarms went off. Rea, who had previously been convicted twice for shoplifting, was seen on surveillance footage leaving with unpaid items and was arrested after the incident. The security guard was suspended for using excessive force. A pedestrian filmed the altercation and uploaded the video to YouTube, prompting responses from various news outlets.[24] In January 2012, a class action lawsuit was filed against Forever 21 by its own employees stating that they (Forever 21) systematically failed to pay them for hours worked. Employees of Forever 21 are required to subject their personal belongings to a “Bag Check Policy” to ensure there is no stolen merchandise. As part of this policy employees are required to have their belongings checked while still clocked in, however according to former and present Forever 21 employees the bag check has been done while clocked-out resulting in unpaid time while working”. Check out the Wikipedia link your self… http://en.wikipedia.org/wiki/Forever_21 . As previously stated it won’t be long before Pacific Avenue is more like Fisherman’s Wharf then Santana Row. Just what is Santa Cruz anyways? Do we care?

McPHERSON SUPPORTERS. We tried to get all the developers, bankers and their money in last week’s list of Republicans who support Bruce McPherson in his run for County Supervisor. Here’s some more including dentists!!!

CHAMBER OF COMMERCE?? Guy Cecil, executive Director of the Democratic Senatorial Campaign Committee at dscc.org sent this out…URGENT NEWS: One of the nation’s wealthiest and most powerful corporate interest groups, the U.S. Chamber of Commerce, just announced a $10 million advertising campaign across eight key states. This is a major piece of their plan to defeat President Obama, seize the Senate and execute a complete GOP takeover of government. These states represent 72 electoral votes, more than decided two of the past three presidential elections — combined. Eight Senate seats is twice the current slim Democratic majority. These ads are running now. We must react. We must respond. Now. $1 million by the end of February – combined with our current resources – will allow us to beat the Chamber. If we lose these states, we don’t just lose the Senate. We lose the White House and our ability to stop Republicans from launching a full-out assault on women’s rights, American workers, and our social safety net. $1 million by the end of February will help us hold the line. Thanks for your help.
Guy Cecil, Executive Director, DSCC. There’s much more to this story… read this article how so many local Chamber chapters are opposed to the National Chapter. http://www.dscc.org/news?type=press_release&press_release_KEY=2062

ELERICK’S INPUT. Paul’s out for a few weeks because he had an operation on his other foot. And he’s doing well according to reports.

PATTON’S PROGRAM. Gary talks about the destruction of Fort Ord known as “Whispering Oaks” He talks about The proposed Retail Shopping Center being pushed in Watsonville by the airport then he ends up telling us news about The RTC and developments on the Branch Rail Line. It’s all here at XXXXX

TAX ININIATIVES IN SANTA CRUZ. Do you ever wonder how all those proposed initiatives for curing the state budget problems will affect Santa Cruz? WILPF says, “Let’s talk about it:Join our panelists:Fred Keeley (Treasurer, Santa Cruz County) Nora Hochman (union representative) Brian Wall (Deputy Superintendent of SC Schools) Katherine Beiers (SC City Council). We’ll review proposed state initiatives to increase state revenue – what each intends to do, what taxes would be imposed, where the money would go – have the panel discuss how they will impact our community from their point of view – and open the discussion up for questions, discussion, and advocacy. Plenty of time after the presentation to ask questions, give a pitch for a particular initiative, talk about what actions we can take on these.

WILPF Public Program, 7 – 9 pm February 21, Quaker Meetinghouse, 225 Rooney St. (off the inland end of Morrissey). Open to all. Free, donations welcomed! Co-sponsored by the Greater Santa Cruz Federation of Teachers, the Soquel Education Association, Organizing for Santa Cruz, and Organizing for Santa Cruz.For more information, email chair@wilpf.got.net. For even more information than that: wilpf.news@calcentral.com or 831 465 8272.

WATER & DE SAL FORUM AT UCSC. There will be a forum/debate on water policy (desal being the draw). Morgan Rankin of the League of Women Voters will moderate. Participating will be Rick Longinotti, Paul Brown, Mike Rotkin, and Gary Patton. The City of Santa Cruz and the Soquel Creek Water District both refused an invitation to participate. You are definitely invited, and please feel free to tell your family and friends. It will be held on Wednesday, February 22nd, starting at 5:30, at the Stevenson Fireside Lounge on the UCSC Campus. That was the site of many of Tom Lehrer’s finest and funniest musical extrapolations. It’s small so get there early, and pay attention to the parking problems.

VINTAGE DE CINZO. Doctor DeCinzo looks at some peculiar problems of the psyche…scroll below when you’re up to it.

LANDAU’S PROGRES. Saul Landau’s title this week is “The Media Informs Us About American Idols”. In it he writes, “Without media questioning, the national security elite monopolize the terrorism theme. Israel and the U.S. accuse their enemies of terrorism, while practicing assassinations and deadly drone strikes. In 2009, Ros Lehtinen said she “would welcome anyone who wanted to assassinate Fidel Castro.” And she didn’t get tossed into Guantanamo for advocating the assassination of a foreign leader – from her congressional office. Israel fears Iran will develop a nuclear weapon via the very secret process Israel chose. Indeed, Israel bombed Syria and Iraqi nuclear installations to stop their attempts to do what Israel did. In April 1963, President Kennedy asked Israeli Premiere Shimon Peres about nuclear intentions. Peres lied: “I can tell you forthrightly that we will not introduce atomic weapons in to the region. We certainly won’t be the first to do so. We have no interest in that. On the contrary, our interest is in de-escalating the armament tension, even in total disarmament.” (Barry Lando, “The Iran Crisis: Only Half the Story,” Blog, February 2, 2012). Israel’s nukes receive scant media attention. When an Iranian scientist gets whacked, the media shrug. After all, everyone knows, Israel had to prevent Iran from acquiring a nuke. Israel only has 200 of them. Would a career-minded reporter ask about such contradictions? If he doesn’t ask how will he (we) learn?” Read it all here. Saul Landau is an Institute for Policy Studies fellow whose films are on DVD from roundworldproductions@gmail.com

LISA JENSEN LINKS: Lisa writes: “This week at Lisa Jensen Online Express (http://ljo-express.blogspot.com/), find out what local artist was featured on a recent KQED TV show, pick up some tips on Oscar Party invitations, and get ready to rumble when Bruce Bratton, Wallace Baine and yours truly mix it up at our annual pre-Academy Awards showdown at the Nickelodeon.” Lisa has been writing film reviews and columns for Good Times since 1975.

HOSTETTER’S HOT STUFF. Paul H. says, “Hello all – Starting out with the sad announcement that Andy Irvine has had to suddenly cancel his California tour due to a medical emergency in his family. So, no Andy right now. But if you navigate over to http://www.lutherie.net/live.music.html you will find a plethora of other good things coming up that should divert you well, such as the Great Gatsby Opera in SF, the baroque koto concert at UCSC, The Foghorn String Band, Kleptograss, Deby Grosjean and Bill Coulter, Athena Tergis and Kyle Alden, Tam-Fest in SF, Martin Hayes and Dennis Cahill, and on and on. Go ahead, have a look. Cheers, ph”

(REPEAT) CRITIC MORNING NEWS. THREE CRITICS AT THE NICK. As many film fans know, Lisa Jensen, Wallace Baine and I have an annual pre-Oscar “Meet The Movie Critics” event at the Nickelodeon one week before Hollywood does its thing. More than ever before we’re wanting to hear YOUR choices, and favorite films for 2011, so we’ll do exactly that, and of course discuss the films that we think deserve Oscars. For example here’s

So anyone and everyone with an opinion about movies should be at The Nickelodeon Sunday morning February 19th at 10am. It’s free, good fun, only a little serious, and it’s the Ninth annual. And yes, we miss Morton Marcus, who doesn’t?.

PINA IN 3 D. Wim Wenders needs a special award for establishing a new criteria in using 3D in films. I’ve always said that 3D has as much future in filmmaking as sound did once upon a time and Wenders proves it in Pina. It’s a biography of Pina Busch who died before he finished the film, but it’s really a collection of her most famous dance works. She was a genius and Wenders who directed Paris, Texas, Wings of Desire, and Buena Vista Social Club has made a masterpiece. See it in 3D if you know what’s good for you…and the Academy!! Who should give this documentary 2 Oscars.

UNIVERSAL GRAPEVINE. Each and every Tuesday from 7:00-8:00 p.m. I host Universal Grapevine on KZSC 88.1 fm. or on your computer (live only, or sometimes old programs are archived…(see next paragraph) and go to WWW.KZSC.ORG. Nina Simon director of MAH and Susan Hillhouse curator of MAH will talk about Love on Valentine’s Night Feb 14th followed by Lisa Jensen to talk about our critic’s choices for best films of 2011. (Wallace Baine can’t make Tuesday nights). Kirsten Brandt will discuss her play “The Thinning Veil” opening March 2,3,4. followed by UCSC students Kimberly Schneider and Krysta Thornton talking about a water discussion event happening on campus Feb.22(see above). Do remember, any and all suggestions for future programs are more than welcome so tune in, and keep listening.

QUOTES. Peter Bartczak and Rafael deSoto sent all these gems… 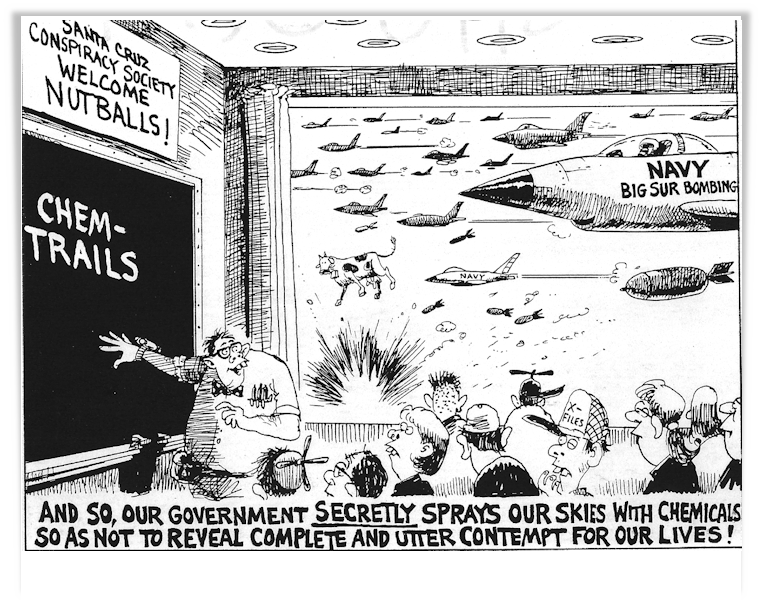 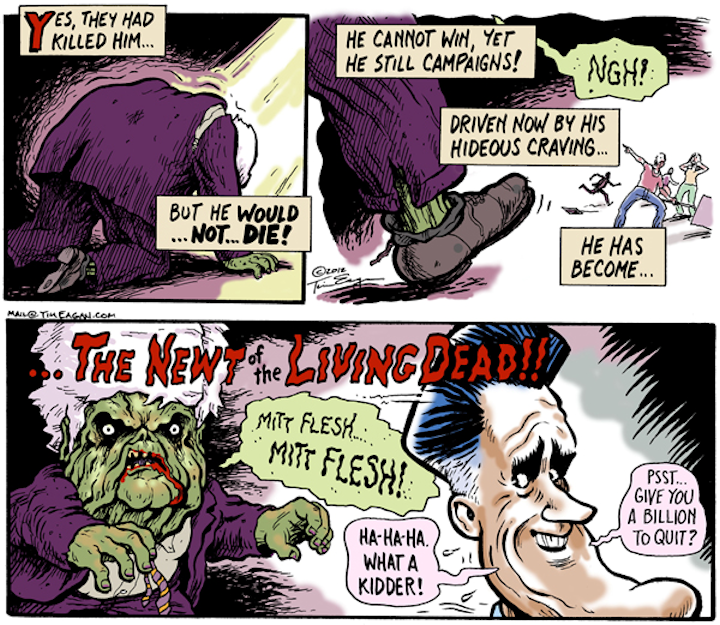 Posted in Weekly Articles | Comments Off on