PEOPLES DEMOCRATIC CLUB RE-VISITED. Paul Elerick adds a lot more news from this January meeting of THE PDC that happened last Thursday (1/24), scroll down for his take on it. More than 40 avid, progressive Democrats attended and gave committed, enthusiastic life and support to re-creating genuine Progressive changes to our County. Issues including, Immigrant Rights, replacing both our Sheriff and District Attorney Bob Lee, control of our City Council by groups like The Chamber of Commerce, concentrating on local campaign finance limits and reform, encouraging the growth of businesses that don’t pay fair wages, gun control measures, and the creating a strong Blue-Green Alliance. It was an exciting evening. The present City Council and their dreams of making Santa Cruz into a Big City earned lots of talk and future work. PDC President and Democrat of the year Brian Murtha presided.

OUTRIGHT PLUGS.Some may remember that I found a great ’98Honda Accord through the kindness of you readers (especially Ralph Davila). I needed two important items to make the car perfect. One was a special new ignition key that has special codes and secret gimmicks built into it. I went to Kenville Locksmiths now in their “new” location at 111 Union Street (423-3252). They’re across the street from Cypress lounge.. They got me the proper key; it worked neatly, and were many dollars cheaper than the other key places I tried, who didn’t even have the right “blanks”.

PLUGS, PART TWO. My “new” Honda Accord came with near black tinting on the rear three windows. I had the growing suspicion that there may be cars behind me, and to the left and right as well, but I couldn’t see them. I literally called eight car window places and got prices well over (like $100) the price that Classic Glass did the job for. Both of these locally owned, generations-run businesses, were kind, quick, and actually fun to do business with. I told them I’d send all of you there, and I am. Classic Glass is at 917 Water Street, 423-5054. Tell them I sent you. Plus, they sell antique glasses, mirrors, frames and related items.

FILM CRITICS NICK OSCAR TALK CANCELLED. It’s very disheartening but our annual Critics Oscar gathering at the Nick won’t be happening this year. Morton Marcus started these Critics gatherings in 1998 – 15 years ago – and Lisa Jensen, Wallace Baine and I carried it onward in recent years. First, Wallace cancelled this year because he doesn’t get a chance to see films anymore, and Christina Waters gamely joined our plans for this year. Then scheduling problems arose and it just couldn’t happen. “Crowds” of 100 or more film fans added lively, fun discussions of dozens of Oscar contending films each year. Maybe next year…send me, Lisa, and the Nick any and all feedback about reviving it in 2014.

THE CARTOON JAZZ ORCHESTRA THIS FRIDAY NIGHT. As their press release says, “Yikes! Foiled again! If you were among the millions of little and big kids who grew up watching Saturday morning cartoons, Jeff Sanford’s Cartoon Jazz Orchestra (CJO) will bring back memories by the truckload. The music that accompanied Mickey, Minnie, Bugs, Daffy, Woody, Rocky, Bullwinkle, and their fine-feathered friends provided a special soundtrack for our young lives.
The Cartoon Jazz Orchestra is a sixteen-member jazz ensemble made up of some of the Bay Area’s top professional musicians, who play a veritable children’s zoo of instruments. Much of the CJO repertoire was composed by the great 20th-century composer Raymond Scott. Lenny Carlson’s Aluminum Sunset: A Tribute to the Music of Raymond Scott is a three-movement suite written in honor of Scott’s innovative and fun music, which also happens to be very difficult to execute. DETAILS???

What’s almost as exciting is that Jeff Sanford and Lenny Carlson have asked me to lead the Q & A session that follows. Don’t worry, I’ll save you! So, fasten your seat belts, beep-beep, we’re off on a grand adventure. th-th-th – That’s all, folks!

LATTÉ BREAKING NEWS. Deborah Whizin is out as Publisher at The Santa Cruz Weekly. I can’t remember the woman’s name who’s replacing her, but she worked at the Weekly/Metro years ago. I think she was there before they fired DeCinzo, then they fired me, later on they canned Traci Huikill, now Deborah. They must have really, really big plans!!!

ELERICK’S INPUT.LOCAL DEMOCRATIC PARTY NEWS.Our newest members of the State Legislature held an open house at their Santa Cruz County offices last Thursday, and they really packed them in. That would be newly elected State Senator Bill Monning and Assembly member Mark Stone. With all this after Governor Jerry Brown’s rousing speech on TV earlier; it’s looking good for the Dems. I missed the speeches at the open house(couldn’t get in the room it was that crowded), but as Bill Monning told me later, that the Dems need to be careful what they do with their 2/3 majority, as there are different priorities among that many Democrats, as we know only too well here in Santa Cruz County.

Later in the evening, the People’s Democratic Club held their 2013 kickoff meeting at the Dem HQ in the Galleria. Another full-house event, the meeting promised an exiting 2013. Guest speaker Santa Cruz City Councilmember Micah Posner shared his views of what could be in store for Santa Cruz City Council. The special announcement at the meeting was that PDC President Brian Murtha has been chosen Democrat of the Year by the Democratic Central Committee. He’ll have his award presented the March23rd Democratic Dinner at the Dream Inn by Sen. Bill Monning. You can reserve your place at this event by contacting Leslie Steiner, Events Chair at 831-335-4765 or coastlldy@aol.com. Leslie deserves big thanks for renegotiating the rent for the Democratic Party’ Headquarters office in the Galleria, allowing the Dems to continue operation there”.

PATTON’S PROGRAM. Gary talks about The Santa Cruz Supervisors making committee appointments this week. (I’d add, lets all watch McPherson and Zach Friend’s handiwork on these). Patton goes on to talk about De-sal in Carmel. An AgKnowledge class that’s starting up and he adds comments about Guv Brown’s big, big plan for two tunnels. Read all of above at Gary’s KUSP Land Use scripts

VINTAGE DE CINZO. Coming of Age in Santa Cruz…according to DeCinzo. (Scroll Down)

LANDAU’S PROGRES. Saul Landau writes about Celia Sanchez, a major figure in Fidel’s life. He says, “Fidel, without Celia at his side, and still missing his friend and doctor Rene Vallejo, understood the depths of his personal loss. He made Celia into a national hero, which she richly deserved. Thanks to this biography, not heavy on critical characteristics, readers can understand some of the elements and people in the underground and the mountains, that put the Cuban revolution together, and how the word “commitment” resonated through the life of Celia Sanchez Manduley. This heroic woman’s body and brain throbbed with vital energy that she transmitted to her revolutionary work and to her comrades”. Read the rest of the article here…

LISA JENSEN LINKS. This week on Lisa Jensen Online Express (http://ljo-express.blogspot.com), we’ll take a fresh look at a classic Diana Gabaldon novel, consider the depth of the Oscar-nominated Amour, and listen to three little words from the great Neil Gaiman that should become the Mantra for every creative artist.” Lisa has been writing film reviews and columns for Good Times since 1975.

QUARTET. Dustin Hoffman (age 75) directed thiscutesy geezer movie about has been Opera singers living in a British Old folks home. Maggie Smith steals every frame of the film she appears in (and she always will!). It’s mostly corny, heartfelt, and very predictable. I liked it better than Exotic Marigold Hotel because the characters are smarter, and not as mean. Go see it, you’ll cry a few times…that’s if you ever cry over movies.

HANSEL AND GRETEL. This film is “Grimm” in more ways than one. Maybe they were trying to make a parody of fairy tales. That would explain why they have Hansel using automatic weapons, wearing a wrist watch, playing a Flintstones phonograph, stabbing foes with a taser and junk like that. The language is like, “ok you guys, let’s go get them witches”. It was of course the weekend box office’s biggest money maker. Don’t go even though Famke Jensen is in it, so’s Jeremy Renner, but never mind, Rotten Tomatoes gives it a 17 (out of 100)

PARKER.There is one, and just one reason to see this film, Jennifer Lopez has never been better!!! Jason Stratham does about the best he can with a script and editing job that makes little plot sense. It’s a gang hoist gone bad-revenge-Florida-stab-shoot-blood-January-action movie that no one should ever watch.

They will be joined by renowned tango dancers John and Nancy Lingemann. The Lingemann‘s are well known for their Tango classes and many performances in Santa Cruz, and the Carmel area. Experience the thrill of Tango dancing at its best, along with masterful performances of the music of composers from the 19th, 20th, and 21st century, music that is seldom heard, explicitly written for duo-pianists. The music will be played on UCSC’s beautiful matched Steinway grand pianos. This event is a benefit for Talent Bank Awards Festival, a scholarship program of the Music Teachers Association of California, Santa Cruz branch. Suggested donation is $15 for adults, $10 for students/seniors.

UNIVERSAL GRAPEVINE. Each and every Tuesday from 7:00-8:00 p.m. I host Universal Grapevine on KZSC 88.1 fm. or on your computer (live only, or sometimes old programs are archived…(see next paragraph) and go to WWW.KZSC.ORG. Betsy Herbert opens the Jan. 29 Grapevine talking about Fracking and proven results. Sky-Power specialist Joe Jordan returns to Grapevine in the second half hour to talk about some great comets heading our way, and about renewable energy. Kerry Kriger opens with “Save the Frogs” on Feb. 5th. Lisa Jensen, Christina Waters, and I talk about the Oscars and who needs them on Feb. 12. Kimberly Jannarone and Nancy Carlin discuss the huge Peer Gynt Project about to happen at UCSC. They’re followed by Sandra Nicols and her topic of Santa Cruz’s Board of Education. Do remember, any and all suggestions for future programs are more than welcome so tune in, and keep listening. Email me always at bratton@cruzio.com

QUOTES. “I love children. Especially when they cry – for then someone takes them away”, Nancy Mitford. “Why should we do anything for prosperity? What has prosperity ever done for us?”, Joseph Addison. “Some mornings it just doesn’t seem worth it to gnaw through the leather straps“, Emo Phillips. 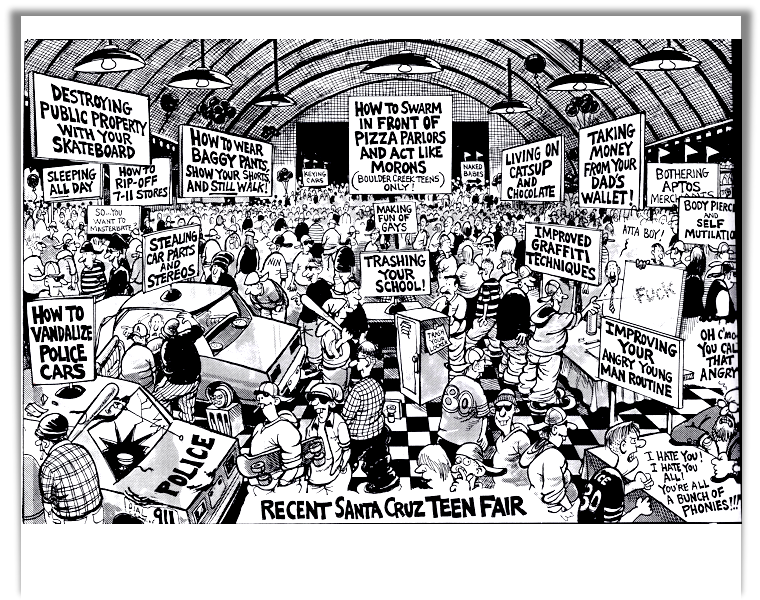 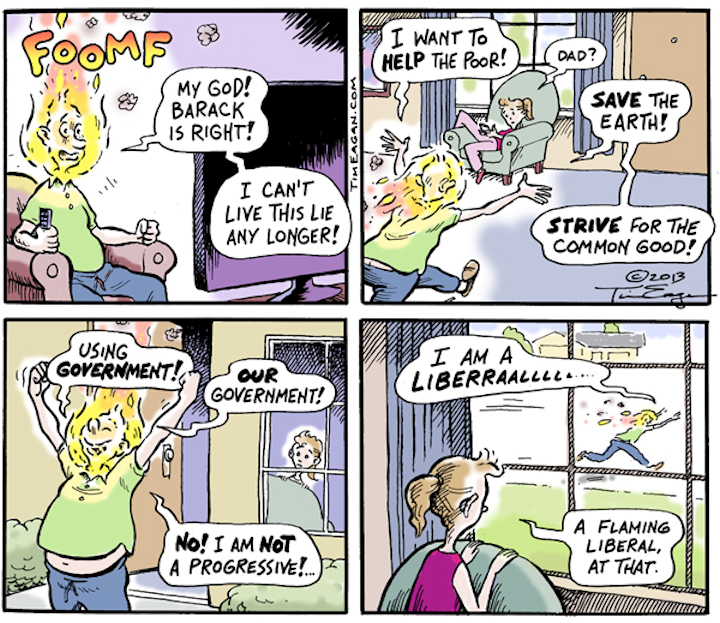