THE RETURN OF BEN TREVOR. Former Santa Cruz stage director Ben Trevor (1970-1980) returned for a visit here last weekend. So Katie Heth, , Billie Harris, Larry Jones, Sue Clow, Abby Goss, Rod Wilkinson, John Tuck, Armon Stover, Dennis Carlile and I talked about The Staircase Theatre, Storefront Theatre, Duck Island Stage, The Scotts Valley Cavalcade, Shakespeare, Virginia Wolff, Funny Thing Happened on the Way to the Forum, and things nobody would believe. Ben is living in Augusta, Georgia with his wife Lee who used to work at the Boardwalk. He says Augusta is full of racial hatred, homophobia forever, and guns and rednecks. He added that we should really appreciate Santa Cruz’s openness and that things are different when you go past the County line.

LATTÉ BREAKING NEWS. I couldn’t get the entire story but rumors have it that Rachel Goodman is no longer the executive director at the Tannery Arts Center. When you go to their website it says that George Newell is the exec.dir. Updates, whispers, even facts would be appreciated. That Rachel sure does move around a lot. But more than a rumor…Lyle Troxell is leaving the County!!! Lyle, son of Peter and Diana Troxell and “tech-coordinator” (major honcho) of UCSC’s Digital Arts and New Media (DANM), plus the brains and voice behind “Geek Speak” on KUSP got some knd of job out of state. Geeks and normal people will miss him severely.

Tired of the gun lobby? Santa Cruz County residents will have a chance to speak out against the NRA and those opposing common sense controls on guns in our County at an upcoming public meeting on February 21st . If you’ve watched the Board of Supes recently, every time an issue that addresses gun control comes up, the audience is packed to oppose it. Even having a control process in place to monitor new gun stores gets them out to fight it.

On January 16, 2013 the Santa Cruz City School Board unanimously passed a resolution regarding their concerns about gun violence and how it related to school safety. Not one person addressed the board opposing the resolution. County Board of Education Trustee Sandra Nichols has formally requested a similar resolution to be placed on the February 21st agenda of the County Board of Education agenda. If you think this is going to be a shoo-in, don’t. At least one member of the Board is on record as being “comforted” by the presence of an armed guard at his own student’s elementary school during the week of Sandy Hook. The NRA will be present on the 21st. Trustee Nichols hopes there is at least “one peacenik present for every gun advocate in the room when my item is heard”.

The Santa Cruz County Board of Education meets on February 21, 2013, at 2:00 P.M. at the Santa Cruz County Office of Education – in the Board Room. 400 Encinal Street in Santa Cruz. Let’s make sure that the NRA voice is not the only voice heard from the public at this meeting”. (Paul Elerick is co-chair, along with Peter Scott, of the Campaign for Sensible Transportation, http://sensibletransportation.org , and is a member of Nisene 2 Sea, a group of open space advocates).

PATTON’S PROGRAM. Gary’s daily KUSP bdcsts include…Our Monterey Shale oil deposits looking more juicy to fracking. What will our Board of Supes do about that?? Will Watsonville sell off their prime agricultural land for Wal-Mart’s & franchises?? The Strategic Growth Council meets in SCTO and we should attend…He talks about Wildland and wildfires and how the state wants to spray and destroy our chaparral. He closes with news of a conference at UC Davis and CalCAN the California Climate and Agricultural Network. Read all of above at Gary’s KUSP Land Use scripts http://blogs.kusp.org/landuse (Gary Patton is “Of Counsel” to the Santa Cruz law firm of Wittwer & Parkin, which specializes in land use and environmental law. The opinions expressed are Mr. Patton’s. Gary has his own website, “Two Worlds / 365” – Gary Patton’s Two Worlds Blog

EAGANS DEEP COVER. Tim Eagan « drones » on about terrorism and targets….see down below a few pages.

LANDAU’S PROGRES.Saul’s pronouncement is titled, “Guns In The US- A Cultural Cancer”. He states, “My country, a unique example, is the only nation to experience periodic massacres of people by killers armed with automatic weapons. When relatives of massacre victims gather to plead with legislatures to prohibit sales of such weapons, other citizens irately rise up to defend “our second Amendment rights.” The Amendment states: “A well regulated militia being necessary to the security of a free state, the right of the people to keep and bear arms shall not be infringed.” He closes with, “The President has proposed background checks on all gun sales, and bans on military-style assault weapons and high-capacity magazines? Read the entire article here

LISA JENSEN LINKS. “This week on Lisa Jensen Online Express (http://ljo-express.blogspot.com), a smart and twisty new thriller from Steven Soderbergh, some writing advice from an adverbial abuser, and, hmmm, maybe it’s time to rethink those earlier Oscar predictions…” Lisa has been writing film reviews and columns for Good Times since 1975.

OSCAR NOMINATED ANIMATED SHORTS I’ve never seen as poor a collection of animation shorts in my life. Trite, boring, (probably rejects) including a Simpsons Cartoon, Adam and Dog, Paperman, Head over Heels, really sucked. Fresh Guacamole was only clever, not worthy. Just shameful, and save your money. Look at a sample of the nominated shorts here.

OSCAR NOMINATED LIVE ACTION SHORTS. This is damned near the finest collection of Live Action shorts since the Academy has been handing out awards. Henry, Asad, The Buzkashi Boys, Curfew, and Shadow of Death are all brilliant and well worth seeing…and they are worth Academy Awards.

SIDE EFFECTS. Steven Soderbergh’s films are all over the place. Silly, bombs, classics, and Side Effects is one wonderful film. Starring Rooney Mara without all that makeup from Dragon Tattoo she steals the entire film. Jude Law is now older and does better acting than we’ve seen in years, and Catherine Zeta Jones is absolutely perfect for her part. It’s a tricky, intelligent plot. Not easy to follow, you have to think a few times unlike most Hollywood films. When Soderbergh does it right, he tops the list of active American directors, go see it ASAP.

Laura Marcus from Dientes Community Dental Services is on the first half hour of the 2/12 program then Lisa Jensen, Christina Waters, and I talk about the Oscars and who needs them takes the second half on Feb. 12. Feb. 19th has Kimberly Jannarone and Nancy Carlin discussing the huge Peer Gynt Project about to happen at UCSC. They’re followed by Sandra Nicols and her topic of Santa Cruz’s Board of Education. On Feb. 26 Julie James talks about the Sam Shepard play at coming to the Jewel Theatre and Kathy Bisbee and Lynn Miller talk about Community Television’s future. Historian and author Sandy Lydon guests on March 5th for the pledge drive night. Teacher, fiddler Annie Steinhart talks about her new book “Pele Voodoo Live” on March 12. Do remember, any and all suggestions for future programs are more than welcome so tune in, and keep listening. Email me always at bratton@cruzio.com

QUOTES. “No one ever lacks a good reason for committing suicide”, Cesare Pavese. “We belong Dead!”, Frankenstein Monster in The Bride of Frankenstein. “The laying bare of oneself is obscene”, Ad Reinhardt. 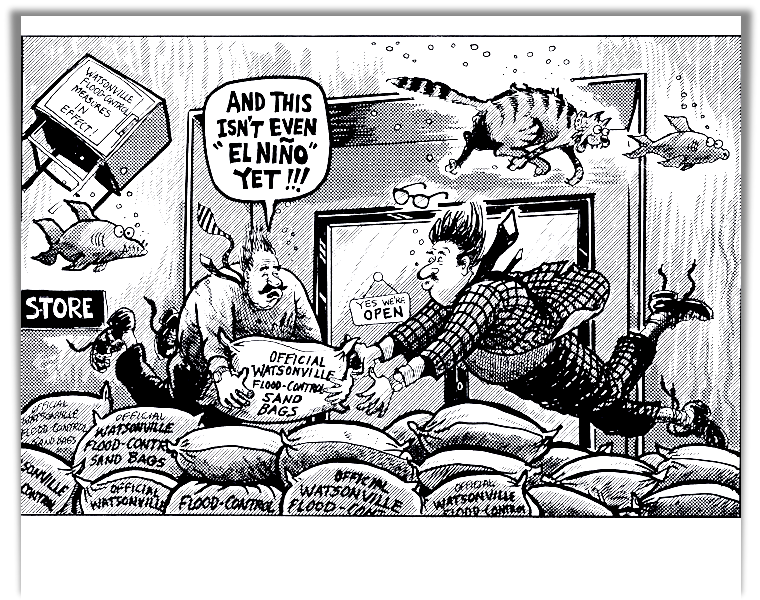 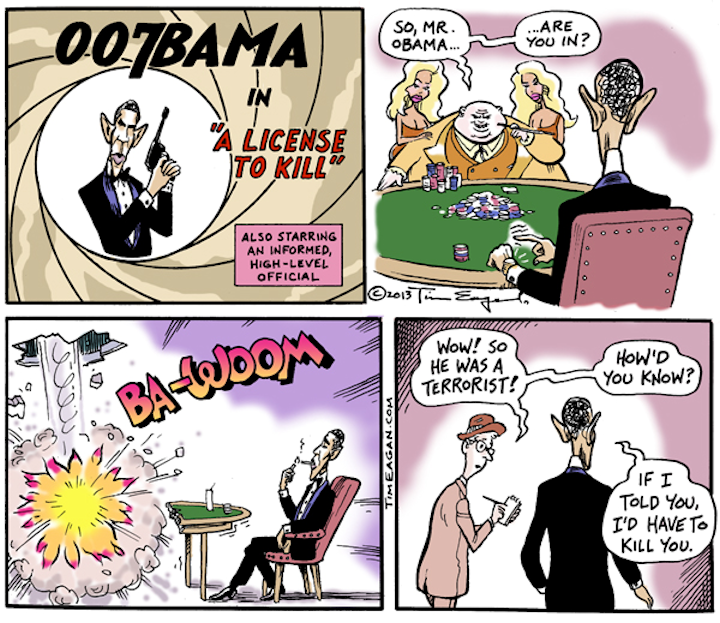